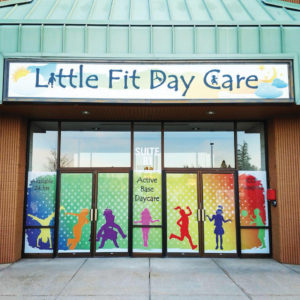 A letter from the Idaho Department of Health and Welfare delivered to Little Fit Day Care owner Dennis McLeish alleges that, based on a Panhandle Public Health safety inspection, the infant was assaulted by other children while left unattended. McLeish has since spoken out against the accusations, saying that Health and Welfare’s version of events is wrong.

“I answered the door and had a conversation out there,” McLeish told KHQ News. “Then I had another family come in to check in their child, and me and those two adults were within five feet of that door opening and none of us heard that baby crying out or any signs of struggle whatsoever.”

According to the letter, which revoked Little Fit Day Care’s Idaho Child Care Provider agreement, the infant was “hit, held down by the back of the neck, dragged across the carpet, head butted, bit and hit with wood and plastic toys by other unattended children.” The injuries resulting from the attack were serious and required hospitalization, according to the letter.

“Staff at your facility explained that after the incident they received a ‘group message’ from you ‘stating that no one is allowed to leave the children unattended,’” the letter states.

According to the Ponderay Police Department, officers responded to the incident on Feb. 24 in response to a report of an unresponsive six-month-old child. The department confirmed that the incident is being reviewed by the Bonner County Prosecutor’s Office and that the situation will be updated when more information is available.

“The day care business announced its abrupt closure on March 8 via Facebook, followed days later by a post inviting the public to pick up free toys, kids’ clothes, storage items, books and more. Prior to closure, the business maintained strong reviews on social media, with a 4.7-star rating on Facebook itself.

“Due to unforeseen circumstances, Effective 5pm today, Little Fit is shutting down permanently,” the post announcing the closure read. “We understand this is short notice and we are very sorry for the inconvenience. LITTLE Fit has been blessed and dedicated to helping all of our clients with childcare in this area and we are very disappointed that this is happening, and will miss each of our clients dearly.”

McLeish told KHQ News that the two kids alleged to have beaten the infant never previously showed any aggressive signs.

“They are laying with him one minute, they are playing with him for a better portion of it, they were being cute and patting his head and putting a blanket on his back and letting him play with toys and then they just start assaulting him,” McLeish told KHQ News. “It is literally one of the most horrible things, and it was just so sad to see these babies do that.”