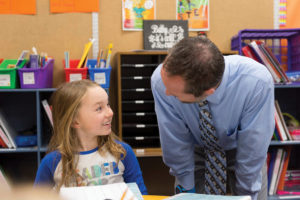 Voters approved the request with 3,391 votes in favor and 2,643 votes opposed. The numbers represent a significantly tighter margin of approval compared to previous years, as well as a markedly lower turnout. In 2017, the levy passed with 64-percent approval based on 7,799 votes cast in total. By comparison, yesterday’s vote generated 6,037 total ballots cast with 56 percent in approval.

According to LPOSD officials, the levy will fund extracurricular activities, rural schools, curricular materials, staffing and more. Compared to the previous levy of $17 million, the 2019 levy is a significant increase. School officials said the additional money will be used to fund salary raises for teachers, which they hope will be competitive with other school districts and help improve teacher retention.

For West Bonner School District, on the other hand, voters weren’t feeling as accommodating. They rejected a request for a two-year, $6 million levy with 536 votes in favor and 769 votes against. Voters also shut down a levy modification that would make it permanent, with 387 in favor and 900 against.