The Panida Theater released a fundraising letter July 1, calling for support to make it through the remainder of 2020 as the well-loved community landmark feels the effects of the coronavirus pandemic.

According to the letter, signed by theater staff and board members, the “immediate task is to raise $41,350 to bridge the operations gap for the next 6 months and bring back staff who have been laid off.” 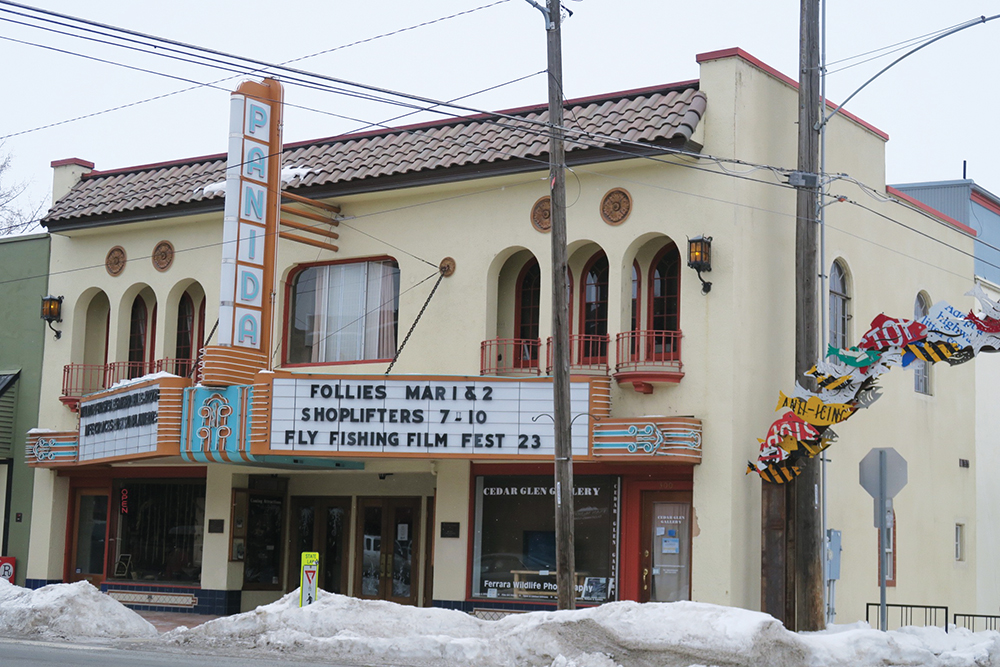 “Your support is critical during this unprecedented time and we need a contribution to make sure our community landmark survives this crisis,” the letter reads.

Panida Executive Director Patricia Walker told the Sandpoint Reader that the staff has “made the difficult decision” to limit the number of upcoming events in favor of focusing on rentals, applying for financial assistance and rolling out their Star Member VIPS — Very Important Panida Sustainers — program.

“We don’t have any money to risk right now,” Walker said, “so until attendance can come up, it’s difficult.”

In the meantime, patrons are encouraged to make donations, purchase memberships and gift certificates, talk to legislators about arts funding and share the Panida’s letter with friends. Walker said the theater also has an endowment fund in the works that people can request to become a part of.

Walker said there are some fundraising events in the works, although the details aren’t yet pinned down. One such event will be a concert put on by the Shook Twins — Sandpoint sister singer-songwriters Katelyn and Laurie Shook, who have been vocal about their love for the theater and desire to help. Laurie told the Reader that she and Katelyn are working with Walker to set a date in late August, and that all proceeds will benefit the theater. However, depending on the state of the pandemic in North Idaho, the event may need to be held online and donations solicited digitally.

The financial impact the theater has on the entire downtown core is a driving force behind keeping the doors open, Walker said.

“Offerings at the Panida help support both area events and local businesses,” Panida board member Lenny Hess told the Reader. “It is critical to our local economy and our community spirit for the Panida to continue to survive and thrive during these challenging times. We can get through this, but not without continued support from the community.”

The Panida’s pandemic-spurred call for help comes after a turbulent start to 2020, when a Feb. 19 board meeting played host to a full house of concerned citizens who shared worries about the theater’s amenities, fundraising strategy and financial tracking.

One such citizen was Susan Bates-Harbuck, a former board member and “Panida Mom” who played an integral role in saving the building from demolition in the 1980s. She said the current situation is “possibly the worst financial straits [the theater has] been in since the [Black Diamond] Cattle Company owned it back in ’85, when we first bought it.”

“The way it survived then is the way it’s going to survive now, and that’s just by the generous donations and support from the community,” Bates-Harbuck said.

Walker said the board has been working through the concerns voiced back in February.

“We reviewed everything that people said,” Walker said. “The sad part is that we always need feedback — they don’t have to wait for a board meeting.”

Walker said the best way to contact the theater would be by emailing [email protected] She noted that “it’s always more helpful to point out solutions,” than to point out “problems.”

The Panida is also in the midst of recruiting new board members and volunteers. Walker said she has received a “strong turnout” of applications, which she’s hoping will lead to some rejuvenated committees.

“There needs to be more people on [the committees] so they can be more active,” Walker said. “We’ve had some great new faces come along, who I think will bring some new energy.”

Bates-Harbuck said there are at least four former Panida board members seeking seats, and that they could bring “much-needed experience to the theater.”

The board will hold elections at its September board meeting, for which a date has not yet been set. In the meantime, that $41,350 goal to sustain basic operating costs is at the forefront of the theater’s concerns.

“The Panida is a cherished icon of downtown. Many people have entered its doors and performed on stage,” Panida Board President Robert Moore told the Reader. “Without the financial support, the doors could be closed, the stage dark.”