A chapter is about to close on a popular local restaurant: Panhandler Pies owners Rex and Maria Williams announced they are putting the business up for sale.

Owned by the Williams for nearly three decades, Panhandler Pies has built a reputation for great baked goods, hearty American-style meals and a cornbread recipe to die for. After countless early mornings making pies from scratch, however, the Williams are looking to transition into retirement. 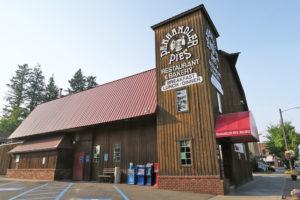 Panhandler Pies has become a favorite downtown restaurant for many locals and visitors thanks to reasonable menu prices and family-friendly atmosphere. The restaurant’s policy of offering a free meal on birthdays has made it the setting for many a party over its 29-year run under the Williams.

“We’re the only place in town that does that for birthdays,” Williams said. “We typically give away 10 to 15 birthday meals a week.”

The restaurant has also made a community impact over its years in business. It has lent support for special events and nonprofits, and some of its staff have stayed with the restaurant for years on end. Panhandler Pies is the type of place where an elderly man might spontaneously start playing the harmonica, as happened one recent night. It’s an environment Williams said will be tough to leave behind, but the couple feels the time is right.

The Williams are hoping to find a buyer that will continue the restaurant’s well-established traditions. According to Williams, it’s an operation that would be sustainable from the very beginning, and a continuation of its tried-and-true formula would certainly please its fans.

“It’s just been there so long,” she said. “I think there are a lot of people that would be upset if Panhandler turned into lobster dining or something.”

According to Williams, their plans to pass the torch could be a great opportunity for a young person or couple wanting to make a living in Sandpoint. After all, that’s what led Rex Williams to enter the restaurant business three decades ago.