The War Memorial Field improvement project is taking an important step forward, with sealed bids for Phase IIB due to the city on Feb. 25.

With an estimated cost of between $600,000 and $1.5 million, the work will include reconstruction and expansion of the parking lot and boat launch, along with related civil, electrical and landscaping. 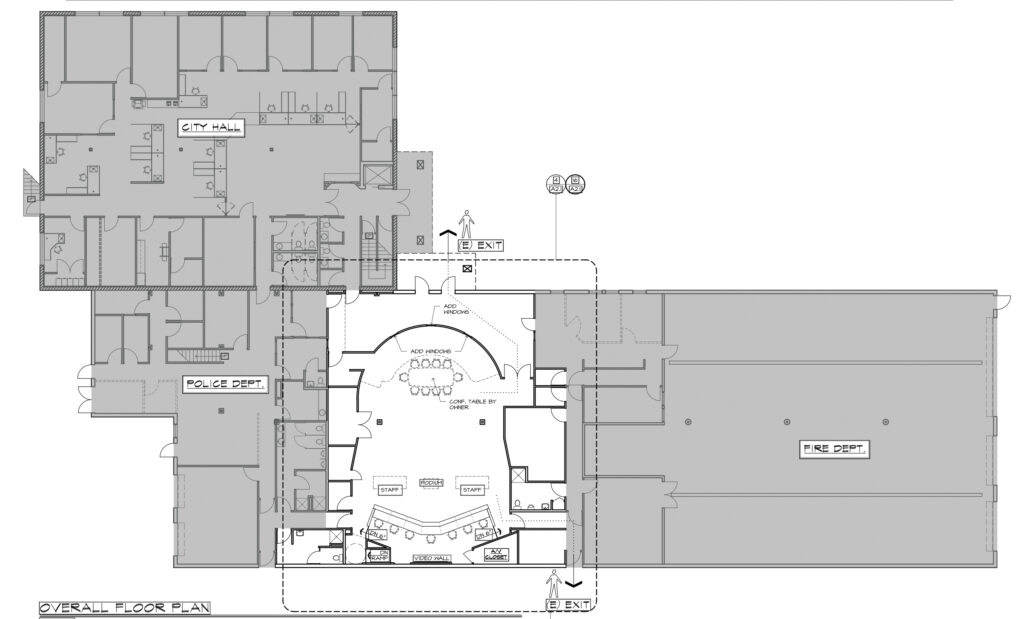 A total of 16 construction and contracting firms attended the pre-bid conference Feb. 10, a recording of which can be found at sandpointidaho.gov under the Solicitation tab. All other documents related to the Phase IIB are also available at that location on the city’s website.

Meanwhile, the city is also accepting bids Feb. 25 from qualified Public Works contractors for the remodel of the City Council Chambers at 1123 Lake St.

Five firms attended the Feb. 11 pre-bid conference, which included an overview of the project.

According to city documents, the planned remodel would reverse the current orientation of Council Chambers, with the dais, podium and staff relocated to the end of the room opposite where they are currently, backed by a video wall.

Renderings also show a conference table situated where the current dais sits, flanked by a bank of windows facing into the Council Chamber lobby. Attendees would be seated in the center of the room — not unlike the current arrangement.

In addition to structural work, the remodel will also include updating aging audio-visual technology — the importance of which has been underscored amid the long-term transition to mostly remote City Council meetings — as well as general refurbishment of carpeting and the repair of various wear-and-tear on the room.

For more information on the Council Chambers remodel, visit sandpointidaho.gov and look under the Solicitations tab.

Bid awards will be announced in the coming weeks.