Nancy Schmidt didn’t know she was a rock person until she moved to Bonner County from Pittsburgh about 14 years ago. 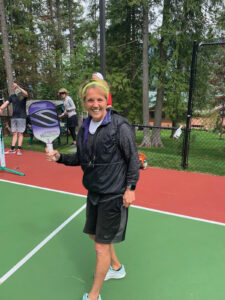 “And now I have rocks everywhere in my house,” she said.

She began painting her beloved rocks about three years ago, then hiding them out in the world for people to find. But how does a rock find its way to Schmidt’s home and eventually beneath her brush?

“I don’t pick just any rock — in fact, I am very judicious about it. If I pick the rock up, it’s coming home with me because I feel like I have a connection with it once I touch it,” she said, pausing for a moment, then laughing. “It’s kind of weird.”

Lately, Schmidt’s rock creations have been abstract, but she’s also been known to paint animals and cartoon characters. Her day job as a suicide prevention advocate in area schools has also influenced her rock art, as she’s been painting the suicide prevention hotline on several and distributing them.

“The rock tells you what it needs painted on it, to be honest with you,” she said. “It really does.”

Schmidt is an avid runner and frequents area trails, so her rocks often find their hiding places in the woods. However, she’s been known to leave them in local parks, as well.

“I usually find someplace that is not too far off the beaten path,” she said, “because I want people to find them.”

Entire online communities have been built in recent years to share and celebrate the finding of painted rocks. Bonner County Rocks and North Idaho Rocks Boundary & Bonner Co. are just a couple of Facebook pages dedicated to local rock enthusiasts. Oftentimes, rocks feature instructions on them for people to post pictures on a specific Facebook page sharing the location where it was found. All the pages encourage the person who found the rock to rehide it for someone else to find. As the rocks travel, their stories are shared online. 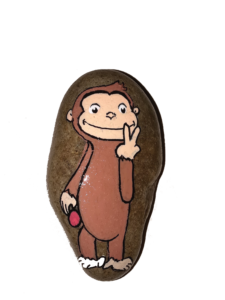 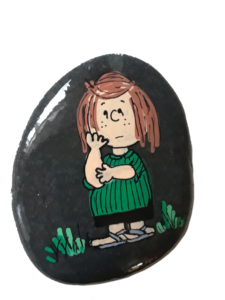 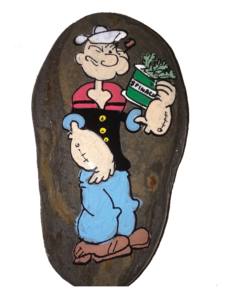 Tana Amaral, who runs the North Idaho Rocks Facebook page, said she’s been happy to see others get excited about “art abandonment” — the term for creating a work of art, and leaving it out in the world for others to find.

“I think what makes it fun and worthwhile is putting your own artistic style out into the world for an unsuspecting person to find, and potentially sparking an artistic fire inside of them — or at least hopefully brightening their day,” she said.

There’s also a sense of generosity and accomplishment in the work of rock painting, Schmidt said.

“When you’re done and you have a smooth rock that’s just painted, that feeling — it just feels good in your hand. Sometimes I take my rocks and I just hold them,” she said with a laugh. “I’m telling you — I’m a nutbag with rocks, I really am.”

Jokes aside, Schmidt said painting and distributing rocks is a form of meditation for her. 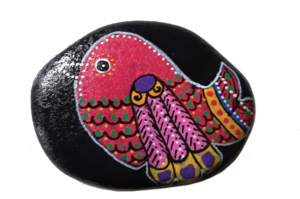 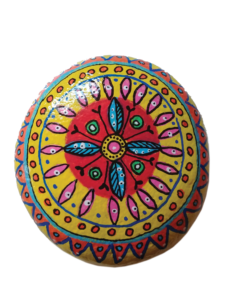 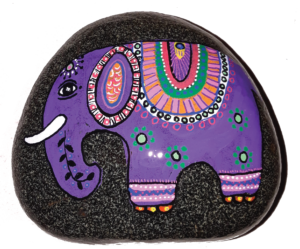 “You know if you’ve done it,” she said. “You’re in another world where you’re not worrying about anything, you’re not concerned about stuff, you’re not worried about what you have to do next — you’re just present. When you’re painting a rock, you’re present.”

To get involved in local rock painting efforts, join one of the above Facebook groups, paint a few rocks, hide them and continue the cycle.