Mad About Science: The human brain

We humans like to think we have some pretty big brains, but the truth is that size doesn’t matter for intelligence. What defines intelligence is the brain-to-body-mass ratio as well as the rapid processes that are occurring in your brain right now. 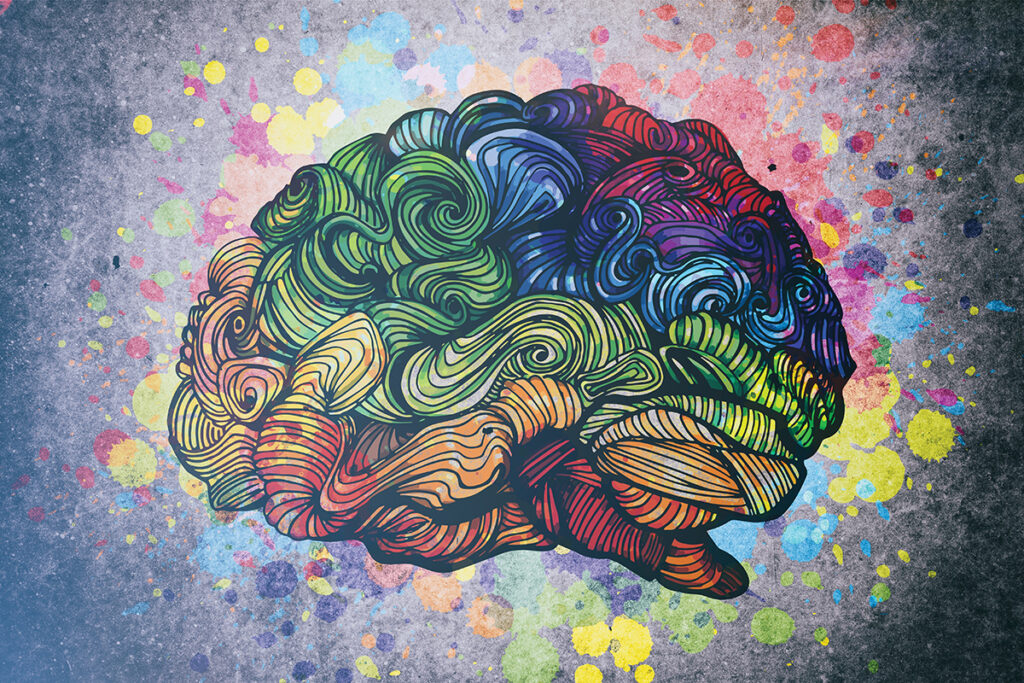 The human brain is the command center for the nervous system, receiving signals from the body’s sensory organs and outputting information to the muscles — it’s like the microprocessor chip in that fancy computer at your desk, but way more complicated.

While the human brain has the same basic structure as other mammals’ brains, it is much larger in relation to body size than other species. In fact, the human brain is the largest brain of all vertebrates relative to body size. The sperm whale has the largest mammalian brain, weighing an average of 18 pounds. But compare the body masses of sperm whales and humans and the whale’s brain is actually not that big — only .02% of the total body mass. At three pounds, the human brain represents about 2% of total body weight.

One animal whose brain-to-body-mass ratio is the closest to humans is the dolphin. Their brain weight is just above a humans at 3.5 pounds, and that makes up about 1.19% of their total body mass. A dolphin, like a human, also has a large neocortex in comparison to other animals. The neocortex is the portion of the brain responsible for thinking and superior cognitive functions.

Over the span of nearly 7 million years, the human brain has tripled in size, with most growth happening in the past 2 million years. Scientists have found that for the first two-thirds of our history, the size of early human brains was within the range of other apes living today. It was within the final third of our evolution when our brain size increased dramatically.

When Homo habilis appeared 1.9 million years ago, there was a small increase in brain size, which included an expansion of the language-connected part of the frontal lobe called Broca’s area.

Early Homo sapiens had brains roughly the same size as people today. Scientists believe this increase in brain size is due to leaps forward in areas such as cultural and linguistic complexity, dietary needs and technological ability. As we tapped into more depth of planning, problem solving, communication and other advanced cognitive functions, our brains grew to accommodate the changes.

The largest part of the human brain is the cerebrum, which is divided into two hemispheres. Underneath lies the brainstem and behind sits the cerebellum. The outermost layer of the cerebrum is the cerebral cortex, which consists of the frontal, parietal, temporal and occipital lobes. In humans, the cerebral cortex is greatly enlarged and is considered the seat of complex thought. Visual processing takes place in the occipital lobe near the back of the cranium. The temporal lobe processes sound and language and includes the hippocampus and amygdala, which play roles in memory and emotion, respectively. The parietal lobe integrates input from different senses and is important for spatial orientation and navigation.

The brainstem connects to the spinal cord and relays information between the brain and the body. The brainstem consists of the medulla oblongata, pons and midbrain, and also supplies some of the cranial nerves to the face and head as well as performing critical functions in controlling the heart, breathing and consciousness.

The thalamus and hypothalamus lies between the cerebrum and brainstem. The thalamus relays sensory and motor signals to the cortex and helps regulate consciousness, sleep and alertness. The hypothalamus connects the nervous system to the endocrine system, where hormones are produced via the pituitary gland.

Finally, the cerebellum lies beneath the cerebrum and has important functions in motor control, playing a role in coordination and balance, as well as some cognitive functions.

As I wrote in the beginning, increased size of the brain doesn’t necessarily mean increased intelligence. What’s more important are neurons and folds.

Neurons are nerve cells that are electrically excitable. They communicate with other cells via a specialized connection called a synapse. Sensory neurons respond to stimuli such as touch, sound or light. Motor neurons receive signals from the brain and spinal cord to control everything from muscle contractions to glandular output. Interneurons connect neurons to other neurons, kind of like middlemen that speed up the connections.

Humans have more neurons per unit volume than any other animal, and the only way to do that with the brain’s layered structure is to make folds in the outer layer, or cortex. In layman’s terms, the more wiggly hills and valleys in a brain, the more complicated — thus more intelligent — the organism is.

If your brain hurts, I don’t blame you — this is pretty complicated stuff. Brenden will be back next week with another installment of “Mad About Science.”