On the front line

Front line health care workers are always deserving of our recognition, but save a little extra love during National Nurse Practitioner Week, Nov. 8-13, for the 30 nurse practitioners who serve the Sandpoint area. 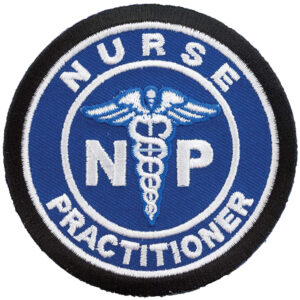 Nurse practitioners, or NPs, are advanced educated registered nurses at a master’s or doctorate level. NPs can prescribe medicine, they can order lab work, radiology studies, home health and hospice, among other abilities.

“In this state, NPs are the umbrella and under that you can have a specialty,” said Cynthia Dalsing, a Sandpoint NP who has practiced for more than 20 years and also serves as the District 1 representative for the Nurse Practitioners of Idaho organization. “When people have a health emergency and reach out to a provider, you’re likely to get an NP.”

Dalsing said the 30 NPs in Sandpoint, as well as in other rural towns, do half the primary care in the area. For her, National Nurse Practitioner Week is a time to celebrate these front line workers, but also to educate those who aren’t aware of the lack of pay parity that exists in Idaho.

“A physician has to make enough money to pay off their medical school loans, but you have to be able to make a living and pay off your loans, so most physicians are drawn to bigger practices and towns so they can specialize,” Dalsing said. “NPs are caring, well-educated, competent providers who are really about making a connection with you.”

Dalsing said smaller towns like Sandpoint have a more difficult time attracting medical providers because the pay scale is lower than larger areas can offer.

“You don’t want to say it’s just about the money,” Dalsing. “Living in a beautiful place is great when you’re putting out a job position, but you also have to have a job for your spouse, good schools for your kids, you have to be able to afford a house. It’s definitely harder to attract people to rural areas.”

One major hurdle Dalsing is hoping to rectify in the coming years is balancing out the pay parity that exists for NPs and physicians. When patients are charged for a service, such as a cold or a bladder infection, Dalsing said that billing code is then reimbursed by insurance companies. The problem lies in the fact that there is a distinct discrepancy for how much a physician vs. a NP is reimbursed.

“NPs are frequently paid 85% of that reimbursement rather than a physician,” Dalsing said. “Patients don’t know that. Insurance companies are underpaying NPs that are doing the exact same thing as a physician under the same billing code.”

For NPs such as Dalsing, who operate their own practice, this pay differential means their business has to operate on 15% less than a physician operating their practice.

“It’s absurd,” Dalsing said. “We are actually taking it to the Legislature this year.”

“We need NPs and physician’s assistants,” Dalsing said. “We are not as attractive a state because we’re not paid the same.”

“We should be on the same level if we provide the same service,” she said.

While the global pandemic has caused front line workers to put their own health at risk to serve their patients, it has also created a bit of a silver lining for NPs regarding home health, a health care system that serves homebound patients that are unable to travel outside of their home to receive services, and hospice, which focuses on end-of-life care. Prior to the pandemic, NPs were not able to order home health or hospice care, so a patient would have to set up a separate appointment with a physician to obtain these services. Now, thanks to a recent change, NPs are able to prescribe home health and hospice services.

“With the CARES Act, they broadened the scope so we can practice a wider set of services,” Dalsing said. “Because of the difficulty of getting out and the cost of seeing a second provider, as well as the delay in care, we can now order those two services for our patients. It’s a big money saver, so patients don’t have to have a duplicate visit with a physician. It took a pandemic, but by god we did it.”

In her capacity as District 1 representative for the Nurse Practitioners of Idaho organization, Dalsing said she has repeatedly brought up the pay parity issue with Idaho Sens. Jim Risch and Mike Crapo, and U.S. Rep. Mike Simpson, but likened the process to “banging [her] head against the wall.”

“It’s hard to convince them what a cost savings and access in care savings it is,” Dalsing said.

While Idaho does lag behind other western states in the pay parity issue, it is at the forefront of allowing NPs to establish their own independent practices. In 2004, Idaho was the first state in the country to allow NPs to practice independently.

Below are the 30 NPs who practice in the Sandpoint area. Be sure to give them a little love during National Nurse Practitioner week: