In the first weekly business meeting featuring all three members of the newly configured board, Bonner County commissioners approved a slate of department requests, elected a vice chairman and made clear that “transparency” would be a guiding principle for the county moving forward.

Before approving the consent agenda for the Jan. 17 meeting, the board heard concerns from resident Dan Rose that the way the county agendizes its executive sessions fails to meet state code.

Commissioner Asia Williams echoed Rose’s concerns and turned to Bonner County Deputy Prosecutor Bill Wilson for an explanation as to why the agenda lacked detail.

“The balance we want to strike is that we want to provide some level of detail to allow people to understand the subject matter without giving away the reason that we go into executive session in the first place: for confidentiality purposes,” Wilson said. “If this is a point of emphasis for the new board, we can definitely explore changing the language to accommodate those concerns.” 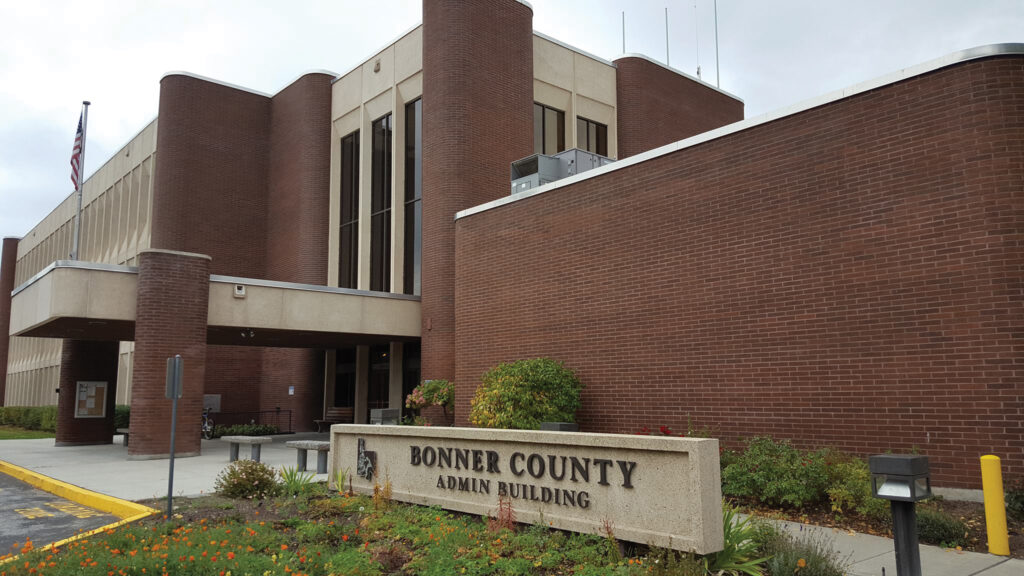 “My goal every week is to give a summary of what I’m working on, what I’m doing so that there’s transparency and you guys feel like you know what’s going on with your District 2 commissioner,” she told the audience at the well-attended Jan. 17 meeting.

Williams made note of workshops and department meetings she attended over the past week; detailed inquiries she received from constituents and which department heads she had working on finding answers; and noted an upcoming workshop following the board’s business meeting Tuesday, Jan. 24, during which Williams invites the community to bring input on the Hazardous Areas and Special Areas or Sites sections of the Comp Plan — particularly regarding wetlands.

Following Williams’ update, Commissioner Luke Omodt shared that Bonner County’s nine elected officials would soon begin holding regular public meetings “to figure out where we’re at, what we’re all working on and how we can best serve Bonner County as we move forward.”

He said that details for the first meeting, which will be held in February, are forthcoming.

Also at the Jan. 17 meeting, Commission Chairman Steve Bradshaw made a motion to elect Omodt as vice chairman of the board. Omodt seconded the motion and, during a roll call vote, both Bradshaw and Omodt voted in favor while Williams remained silent. Asked about her actions after the meeting, Williams told the Reader: “I formally abstained from voting for the motion that was put forth.”

The role of a vice chairman, according to commissioner’s office administrator and Deputy Clerk Jessi Reinbold, is to preside over meetings should the chairman be absent. Reinbold told the Reader that all previous boards she has worked with have had vice chairmen.

The board went on to act on a number of requests from department heads at the Jan. 17 meeting, among them the approval of a medical director consent and dispatch agreement with the West Pend Oreille Fire District; the transfer of a vehicle from Bonner County Public Works to the motor pool; a request to recruit for positions in both the Planning Department and Prosecutor’s Office; and allocating a $300 monthly vehicle allowance to a prosecuting attorney, which is an agreement Risk Management Director Christian Jostlein said “six or so” other county employees currently use that costs the county less than paying for mileage or giving the employee access to a county vehicle.

Bonner County Road and Bridge Director Jason Topp brought two items before the board, first asking for a resolution to enact weight limits on county roads through the spring breakup season. Commissioners approved the resolution unanimously, allowing the department to post pound-per-inch and speed limits on roads that could be damaged by heavy trucks as temperatures fluctuate and roadbeds thaw.

“We’ve seen a trend of roadway departures and accidents [on Spirit Lake Cutoff Road], including two fatal accidents in the past five years at corners which are too sharp for the 45-mile-per-hour speed limit, especially in adverse conditions,” Topp said. “This grant project would realign the sharpest of the corners to substantially increase its radius, add guardrails to the outside edge of the two sharpest 90-degree corners, and improve the ‘curve ahead’ and chevron signs at all of the corners in the corridor — including progressive LED-lighted, radar-activated chevrons that will increase driver awareness of the approaching sharp curves after a long straightaway.”

Bonner County is estimated to contribute up to $677,100 to the project. Topp said most of that county match would be paid from funds in fiscal year 2025.