Bonner County Commissioner Dan McDonald is facing backlash after audio from a 2017 meeting on the proposed Newport silicon smelter was released on YouTube.

When a member of the audience references “the tribe” — a clear reference to the Kalispel Tribe of Indians, which is vocally opposed to the smelter, — McDonald responds by saying: “I’ve worked with the tribe before, by the way, and typically the tribe, if you don’t give them a kickback, they’re against your business. Oh, they’re the dirtiest group on the planet. I used to do work for them.” 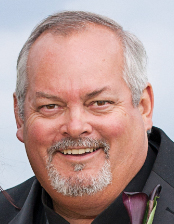 McDonald claims the audio, as heard on the YouTube clip, has been altered, and is working with attorneys and audio analysts to find grounds for fraud and slander.

“This tape has been dramatically edited,” McDonald said. “Those comments were never about the Kalispel Tribe but about tribes I had worked with, but that context was edited out as were other things,” adding that some of that context included that he’d “never done business with the Kalispel Tribe” and “made it clear that (he) didn’t know how they operate.”

When asked which tribe his comments were referencing, McDonald refused to clarify.

“Could I have chosen better words, clearly yes, I could have,” McDonald said in hindsight.

The audio is from a meeting in November 2017 when Dan Redline of the Idaho Department of Environmental Quality visited the Bonner County Administration Building for an open meeting about the proposed smelter. The recording, taken by a phone camera with the lens covered, was posted to YouTube by Vice Chair of Citizens Against the Newport Silicon Smelter Michael Naylor on Oct. 7. He published the recording after being challenged by McDonald on social media several times to do so, he said.

Though Naylor posted the nearly 10-minute clip to YouTube, Oldtown resident Carol Lamberson was the one who recorded it on her phone during the meeting.

“That entire recording is unedited and original,” Lamberson said.

She said she and her husband bought their home in September 2017, only to find out three days later that the smelter was planned for “300 yards from (her) back door.”

“(I) wanted help from the county, and I guess I really only expected compassion, and as you can tell from the tape that’s the last thing I received,” she said. “Sad, very sad.”

“It’s never been edited,” he said. “I’m shocked and dismayed that we have this kind of political official representing us.”

Theresa and Axel Hiesener were also present during the meeting, and said they can vouch for the authenticity of the recording.

“It is an accurate representation of what was said, in chronological order, to the best of my recollection,” Axel said.

McDonald said BOCC Deputy Clerk Jessi Webster and Commissioner Glen Bailey were also present when the YouTube recording took place, which was after the meeting had officially adjourned. Because it was after the adjournment, the county has no official recording of the comments in question. Bailey later confirmed that he does not recall being present for the comments made in the YouTube recording, but he said he did attend an earlier portion of the meeting.

Webster said she suspects the audio may be edited based on her own recollections.

“In particular had I heard Dan McDonald call out the Kalispel tribe, specifically, and make any negative remarks about said tribe … I would have remembered it,” Webster said. “Moreover, I believe that the audio segment of Michael Naylor accusing Dan of slander was inserted/edited into the audio as I would have unmistakably remembered such a comment.”

The Kalispel Tribe reiterated their reasons for opposing the smelter in a statement to the Reader and emphasized that there is no work-related relationship between the Tribe and McDonald.

“Commissioner McDonald has never worked for the Kalispel Tribe as he acknowledged in the comments to the Daily Bee article concerning his alleged statement,” said General Manager of Public and Governmental Affairs and Tribal Councilman Curt Holmes. “The Tribe’s opposition to the smelter is solely related to our desire to protect our people, community and natural resources from exploitation by an untrustworthy foreign corporation. We’ve been transparent with these concerns and are happy to share them in detail with anyone who is interested in learning more about the smelter’s adverse impacts.”

Ben Olson contributed to the reporting in this article.