Helium, everyone’s second favorite party favor. Because let’s face it, you’re there for the cake, and the clown doesn’t even make the top 15.

At a glance, helium seems like a pretty boring element. It’s an inert gas, meaning it doesn’t react. It’s colorless and odorless. Heck, until 1895, we didn’t even know it was a thing.

I’m going to grab your low expectations by the ankles and shake it for lunch money! 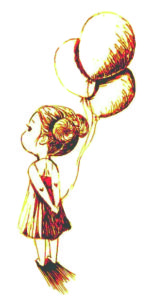 Helium is the second element on the periodic table, and is lighter than every other element with the exception of hydrogen. Helium also has the lowest boiling point of any element, which is important when extracting it from amalgamations of other gases. Keep the temperature low enough that the surrounding gases remain a liquid, but helium will boil off into a gas. Voila! Extraction!

Most of our naturally-occurring helium on Earth has a pretty cool reason for being there. While most elements are from the explosive ejecta of supernova from billions of years ago, helium is actually the product of radioactive decay. This is one of the reasons that we don’t just run out of helium, despite using quite a bit of it. Every year, primordial elements are decaying in the lithosphere and sending helium upward on a slow journey, where it will eventually become trapped in pockets in the crust or emerge into the atmosphere to be carried off on cosmic winds. As far as we are aware, the Earth is making at least 3000 metric tons of helium per year. Keep in mind, since that’s the second lightest element, that’s a TON of gas!

Because it’s lighter than any other element, one of the things we use it for is lifting other things up: namely, balloons. Since helium is lighter than oxygen, helium is always floating above our good ol’ buddy, O2. When it’s encased in a balloon and tied to the floor, it’ll just float there until the balloon fails and the helium leaks out. It’s also the stuff filling the Goodyear blimp. If you recall, the Hindenburg was filled with hydrogen, and we all know how that ended. Helium won’t do that.

Anyone that’s ever had helium balloons at their birthday party knows what else helium is good for: turning you into a squeaky chipmunk!

Contrary to popular belief, the helium isn’t doing anything at all to your vocal chords. Sound moves up to three times faster through helium than oxygen, so this change in speed is what’s altering the timbre of your voice. If you want to do the opposite and make yourself sound like Darth Vader, try xenon gas. I mean, don’t just start inhaling random gases to see what happens, but you get what I mean.

Fun as it may be puffing on strange balloons, overexposure to helium can do some serious damage to people. A little balloon joke here and there won’t hurt anyone, but it can internally asphyxiate you if you decide to inhale the entire balloon, or more. After all, it’s a gas, and if it has nowhere to go, well…

At least your scenery-chewing death scene will sound really funny.

Most of this we already know about helium from our day-to-day lives, but balloons and blimps are some of the smallest uses for the gas in the grand scheme of things. We also use it to cool superconductive magnets for things like MRI machines. Cryogenic functions (industrial refrigeration) is actually the main use we, as humans, have for helium.

I guess you could say … helium is pretty cool.

On the opposite side of the spectrum, we also use helium’s boring inert properties as a shielding gas for arc welding. The helium present keeps other gases like oxygen, hydrogen and nitrogen from interfering with the electrical arc that is either cutting or welding at up to several thousand degrees.

We also used to apply helium in old-school barcode readers, but that’s not nearly as interesting as “Let me cleave this sheet of metal in twain”, so maybe I should’ve led with that…

Professional divers have a mixture of oxygen and helium in their air tanks when making deep dives. The helium helps the oxygen from getting too dense under the immense pressure being subject to it and makes it easier for the divers to breathe.

Helium’s coolest function, in my opinion, is its possible future as a fuel source. Helium-3, a form of helium with two protons and one neutron, comes from the decay of tritium, a major component of nuclear weapons. It’s gathered and repurposed for other uses, including extreme cryogenics and use in nuclear fusion. It’s not radioactive, and it has been postulated that it could become a nuclear fusion fuel source that’s safe for humans, and could be readily harvested from the moon’s regolith.

Unfortunately, moon mining isn’t exactly practical at the moment, and it also takes some pretty high temperatures (and energy usage) to fuse for industrial energy purposes.

But hey! If science has taught me anything, it’s that nothing is impossible and that we’re only inhibited by our imagination and various Cold War era treaties.

Way to be a champ, helium! Keep on being awesome.