Pretty random, right? Well, buckle up, because random is what I do best!

So what is calcium carbonate, and why is it interesting? 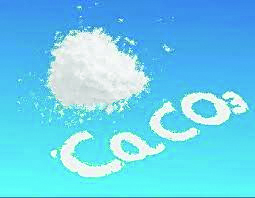 Calcium carbonate (CaCO3, or calcium, carbon and three oxygen atoms) is a major building block of life on our planet. We use it in all manner of applications, from building structures to pest control to dentistry and a lot more. You’ll most readily recognize it as limestone.

Limestone is cool, because it’s rock made pretty exclusively from the skeletons of prehistoric creatures, pressed down and compacted into a stone substance. It’s literally death rocks, skelestone, doom boulders. That beautiful countertop you prep your food on every morning? It’s a slab of things that were swimming in the ocean hundreds of millions of years ago.

When coral, mollusks and most living creatures need to build something stable to grow on, or to protect themselves from danger, they use calcium, carbon and oxygen which are all readily found in the ocean to create shelter, living rock formations (coral), or microscopic skeletons. While it seems like a bunch of microscopic creatures wouldn’t be able to create enough limestone to, say, create a giant mountain, you have to keep in mind that several billion of these creatures live, die and fall to the ocean floor over the course of several hundreds of millions of years. Imagine piling up every human that has ever lived into an area the size of Manhattan. Now apply immense pressure, like the weight of the ocean, on them for a few million years. You’re going to have a GIANT mountain of crushed up bone-rock that future alien species will use to decorate their bathrooms with.

Moving on from that morbid depiction!

Calcium carbonate doesn’t exclusively come from life. It tends to coalesce over time in water naturally as sediment. It’s actually one of the reasons we believe there was, at one time, a sizeable amount of liquid water on Mars.

Until recently, calcium carbonate was the primary ingredient in blackboard chalk. Though in recent years, manufacturers have found it easier to produce blackboard chalk and sidewalk chalk from gypsum, which contains calcium sulphate (CaSO4).

It may surprise you, but antacid products like Tums are primarily calcium carbonate. That’s right, thank Cambrian-era coral for your ability to scarf down three triple-bacon cheeseburgers with minimal consequence!

It’s also used in most prescription drugs, which gives them their chalky body and texture. Though we use it to feel better, too much of a good thing can be bad for you. An excess of calcium is called hypercalcaemia, and has nasty side effects like kidney stones, renal failure, excessive vomiting, dehydration and depression. It’s usually caused by cancer, but poor diet and things like Celiac’s disease can cause it, too. Luckily, it can be cured pretty easily with hydration and increased salt intake (think: saline) to help urinate out the excess calcium in your blood. Usually, the underlying causes (again, cancer, other bad stuff) are much worse, and alleviating the effects of hypercalcaemia won’t necessarily make you all better.

No wonder all of those zany prescription meds have a side-effect manifesto.

We also use calcium carbonate in our gardens every year, especially around here. In our neck of the woods, we have an immense amount of ponderosa pine trees. They shed their needles daily to form carpets of acidic garden death. This keeps competition from sprouting up to steal their nutrients, but makes our soil too acidic to grow what we’d like. We remedy this by adding lime, which makes the soil more alkaline and a little gentler for our garden plants to grow.

Another use we have for calcium carbonate in the form of diatomaceous earth. Diatomaceous earth is made up of the skeletons of diatoms, microscopic algae that tend to form funky little angular shapes, but just looks like flour to us (because they’re microscopic!) The diatomaceous earth absorbs water it comes in contact with things, as well as being naturally sharp and pointy. When insects crawl through it, it pulls the juices right out of them and causes tiny cuts all over their bodies. It’d be kind of like if you were to army crawl through a football field covered in razor wire and syringes.

After sharing that lovely visual, I’d like to also point out that farmers mix diatomaceous earth into all commercial grain to stop pests dead in their tracks. Thanks to calcium carbonate, a miller could turn wheat grains into buns for your triple-bacon cheeseburgers, and also thanks to calcium carbonate, you could eat those cheeseburgers without having to taste them twice.

Also thanks to calcium carbonate, you can brush your teeth after those burgers, because it’s a major component of the minty goodness that keeps microbes from wrecking our teeth.

Who’da thunk three little elements could be used for so many things?