If you suffer from thalassophobia — a fear of large bodies of water and what could lurk below —  now is a great time to turn the page. Otherwise, keep reading… if you dare. 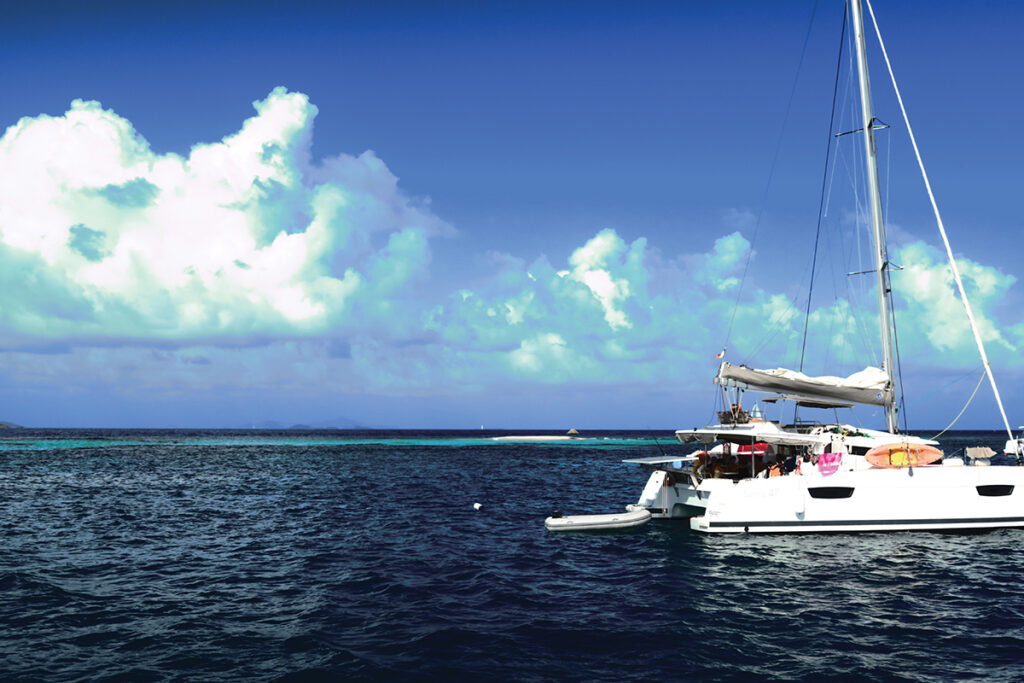 Greater than 70% of Earth’s surface is covered by water, with 96% of that water being ocean. Such a staggering amount of water does an incredible number of things when it comes to sustaining life on the planet. Water makes for an incredible heat battery, a principle that’s often explored in greenhouse design.

There are few things better than a cup of hot tea or coffee on a cool spring morning. It’s always too hot to drink right away, but it’ll warm your hands while you wait for it to cool down. Where do you think all of that heat is going? It doesn’t just disappear. The water in your beverage is extremely receptive to heat. It will accept heat quickly and then hold onto it, slowly releasing it over time into the surrounding environment — in this case, your mug, your hands and the air above. In a greenhouse, a gardener will load up large barrels full of water and let the sun heat them up. Once the sun goes down and the temperature begins to drop, the water will slowly release heat back into the surrounding air, raising the ambient temperature of the greenhouse and helping maintain the environment inside. The ocean does the same thing, but on a planetary scale. The ocean’s ability to act as a giant heat battery is one of the major forces that maintains stable temperatures for life on Earth.

Another obvious benefit of the ocean is the water cycle. Water molecules at the ocean’s surface are heated by sunlight and some of them will evaporate and rise into the atmosphere. Over time, these molecules of hydrogen and oxygen will cool down and begin to coalesce, forming clouds that drift over landmasses, increase in weight and fall back to Earth in the form of fresh water. This isn’t a trait unique to water. It rains sulfuric acid on Venus, and some brown dwarfs (essentially failed stars) are hot enough to make iron evaporate and rain back down in molten droplets. Luckily for life on Earth, the temperature and pressure is just right for water to do this instead, thanks in large part to the ocean.

You don’t read “Mad About Science” for run-of-the-mill facts. You’re here for the weirdest things I’ve dredged up from the internet or my own twisted millennial brain. You want to know the weirdest, wildest and most disturbing things our oceans have to offer, and I’m here to deliver.

Volcanic vents exist deep below the ocean’s surface, belching scorching temperatures up to 700 degrees into the surrounding water. This, of course, is well above the boiling point of water which should convert it into pressurized steam. So why don’t we see steam jets shooting out of the ocean at all times?

As we learned earlier, water makes for a great heat battery by absorbing and dissipating heat. This isn’t the reason why 700 degree water doesn’t turn into steam. The immense pressure from the ocean above prevents the water from converting into steam, though it doesn’t stop other gasses from pushing their way through the water. The reason the vents themselves aren’t cooled down is because of the channels of lava being pushed up from the Earth’s mantle, creating a seemingly eternal cycle of heating and cooling at the ocean floor. This is hardly the most shocking fact about the oceanic vents. It’s speculated that these wildly inhospitable zones may be exactly where life first came to be on Earth. There is evidence of the earliest forms of life in volcanic rocks dating back 4 billion years, placing it squarely in scientists’ closest approximation for when life first began between 3.7 billion and 4 billion years ago. To this day, a number of marine creatures rely on the extreme heat of the vents to survive, including a number of tubeworms and crabs.

Interested in checking out one of these tubes for yourself? If the heat doesn’t scare you, the pressure might. As you travel further down into the ocean, you’re experiencing the weight of all of the ocean above and around you pressing down on your body. The deeper you go, more and more water begins to press on you. It would be like if you were to take the stairs, and each step you take immediately affixes itself to your back. The pressure increases by one atmosphere for every 30 feet you travel downward. This measurement equates to an increase of 14.6 pounds per square inch exerted on your body for every 30 feet you travel. Now consider that the deepest part of the ocean lies 36,200 feet below the surface, and you will quite literally feel the weight of the world on your shoulders; however, you would have died from nitrogen poisoning in your blood after 250 feet, so you wouldn’t feel anything by the bottom.

These are just a few of the morbid facts I have in store for you, but you’ll have to wait until next week for the rest.

Did you know that the theme of Summer Reading at the library is “oceans of possibilities”? This year, Summer Reading isn’t just for kids. Adults can get a book bingo sheet from our website or any of our library branches to receive prizes. Just by reading the Reader, you can fill out two squares: read something about the ocean, and read for 20 minutes.

Now you’re well on your way to earning yourself some sweet prizes.