You know what they say: sex sells.

Most of us know how humans make more humans. For those that don’t know about it, I’ll leave that conversation for you to have with your parents and therapist. A lot of the natural world functions a similar way, where opposing genders meet, swap DNA under the stars and pop out new life some time later. Today, we’re going to talk about the weird ways life can spread. 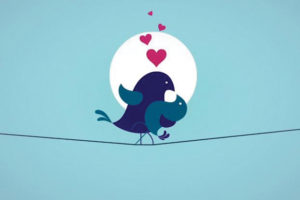 Ever wonder how those seedless grapes grow, if they can’t produce seeds? Well here’s a little spoiler for you: Most of those grapes you buy are from the same plant. I know what you’re thinking: Scientists in a lab somewhere have some giant underground super-vine that’s seconds away from breaking free and creating a worldwide grape-ocalypse. Hello, Netflix: I’d like to submit my screenplay for “Stranger Things” season 3.

Awesome as that may sound, it’s not quite what’s going on. We’ve talked about this before, where it’s actually a trimming taken from a parent plant that is either grafted into another rootstock or planted independently to grow into a new plant. This is a really cool, but inefficient means of reproduction in the plant world. Cool for us, because we can breed out inedible seeds while still producing reliably for decades, but bad because it can’t develop generational resistances to things like disease or predators.

You might be asking yourself: If we can make plants do this, why can’t we do it for humans? Human cells are a lot more complicated than plant cells, and also testing things like that is ethically questionable, to put it lightly. Yet… We are doing that. Sort of. Scientists have used the cells from the lungs of pigs mixed with bits of DNA from pigs and humans to create fully functioning lungs in the lab that are transplanted into other pigs. Those pigs go on to live healthy lives (until they end up in a scientist’s breakfast burrito.) We do this with organ transplants all the time. Of course, there’s always a risk. Transplanted organs can be rejected by the body for a plethora of reasons, most of which we don’t yet understand, but are getting better at figuring out.

Back onto the topic of weird love, fragmentation is similar to the grafting we discussed. Fungi are pros at fragmentation. Certain types of microscopic fungi and yeasts will break apart and attach to a host, dig in and start sapping nutrients to create new fungi that will eventually break off and do the same elsewhere. Ocean coral and sea sponges can do this, too, and actually depend on things like ocean currents or predators to break pieces off and dump them far away. This has the disadvantages that grafting and all forms of asexual reproduction have, in that it doesn’t create genetic diversity.

Parthenogenesis is perhaps one of the most famous means of atypical reproduction. It’s a big and scientific word that basically means “virgin birth”. Think: The Virgin Mary. In the animal kingdom, it’s not such a rare phenomena. In fact, we see island creatures like komodo dragons practice parthenogenesis all of the time. If a female dragon is isolated for an extended period of time, she will lay fertile eggs with only her own DNA. Typically, this provides half the genetic makeup needed to develop offspring, so the female doubles up the provided DNA. Unlike humans, where females have XX chromosomes and males have XY, Komodo dragons are inverted. So rather than making only females through parthenogenesis, the mother can only create males which she can mate with and continue the lineage. The House Targaryen banner of a dragon is starting to make a lot more sense!

Hermaphroditic reproduction is another form that seems alien to humans. It’s common among frogs, certain sea anemones and clownfish. If there is a complete absence of a gender in a community, these creatures can actually change genders and reproduce as normal. Sorry, kids, that brings a pretty grown-up twist to “Finding Nemo.”

Typically when we talk about egg fertilization, this takes place — aherm — internally. A rooster can’t fertilize an egg that’s already been laid. Most amphibians say to hell with that, and can fertilize eggs that have already been laid. The fact that there is no hard outer shell probably helps with this, and it is also beneficial to creating great genetic diversity among the community. The major downside is that the females don’t get to pick their mate, so they don’t pass on desired traits to their offspring and all future generations are basically at the mercy of the cosmic dice. Nat 20, little guys! I’m rooting for you.

Of all the stuff I read, I think the strangest and most fascinating oddball reproduction tactic goes to the orchid Ophrys apifera. It’s developed what appears to be a female bumble bee right over its flowery reproductive organs, mimicking everything from appearance to smell to even feel (it has little fuzzies all over it, like a bumble bee.) It uses this to attract male bumble bees that attempt to mate with it. After some time, the male bee gets frustrated and leaves, traveling farther than it normally would to avoid having to go through that embarrassment again before attempting with another flower. Why so much effort on the part of the flower? To prevent inbreeding and maximize genetic diversity. The farther the bee goes, the less likely the orchid’s pollen will end up in a direct relative.

The fact that plants figured this stuff out blows my mind.

I hope I didn’t ruin your appetite!