The subject of this week’s article is a unique man who left a lasting legacy. In fact, one of his inventions was used to ensure that the very words you’re reading right now were transmitted from the library to the Reader offices and then to the printer. If you want to know what that might be, you’ll have to read on to find out. 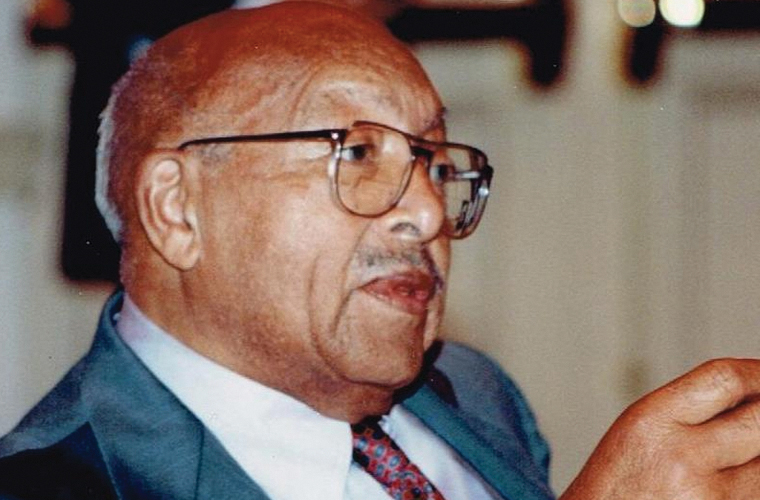 Born on March 21, 1911 in Washington D.C., Hawkins faced adversity from a young age. Though orphaned early in life, this never diminished his inventive spirit. Hawkins was known to disassemble and reassemble his toys into new and optimized functions, built spring-powered boats and attempted to create a perpetual motion machine.

Despite facing the challenges of being a young Black man in America during the early 1900s, Hawkins built his confidence by attending the all-Black Dunbar High School in his hometown. By the age of 21, he had earned a college degree in chemistry at the Rensselaer Polytechnic Institute in Troy, N.Y. As a bonus fact, the Rensselaer Polytechnic Institute is not only still around, but considered to be the second best college in the country to attend if you’re interested in video game design, just behind the University of Southern California.

Hawkins would pursue his Master’s through Howard University, a historically Black university based in Washington, D.C. Some fellow alumni of Howard include civil rights activist and Supreme Court Justice Thurgood Marshall, as well as Kamala Harris, the first-ever U.S. vice president to be of Black and South Asian heritage, as well as the first female to serve in the office.

After Howard, Dr. Hawkins went on to McGill University in Montreal, Quebec to earn his doctorate. In 1942, at the age of 31, Dr. Hawkins accepted a job offer with AT&T’s Bell Laboratories and became the first Black American scientist employed by the communications giant. His primary research was on plastic polymers.

Plastic was first invented in 1907, though it was critically different from the plastics we see today. Many people don’t realize that there is a huge variety of plastic polymers in the world that are all suited for different tasks. The plastic filament used to 3-D print things at the library is called PLA, for polylactic acid. PLA is derived from plant-based starches like corn or sugarcane, which is fermented, compressed, then mixed with other chemical agents and heated to create the plastic filament you recognize emerging from the 3-D printer.

PLA is biodegradable, which makes it great for lighter, short-term uses like indoor decoration or children’s toys. Extended exposure to ultraviolet light will begin to break down the structure and cause it to disintegrate.

The type of plastic you’re likely most familiar with is polyethylene terephthalate, or PET. This is commonly seen in the form of soda bottles or microwave-safe cooking containers, but it’s also the source of polyester, which is a synthetic plastic fiber that makes up as much as 60% of our clothing due to how cheap it is to manufacture and manipulate. PET is derived from crude oil and natural gas and won’t degrade like PLA, which makes it useful for long-term applications but detrimental to the environment at the same time.

When Dr. Hawkins first began research with AT&T, the company had used a lead-based sealant to cover telephone wires. Lead is extremely dangerous to use and highly toxic, poisoning the people and wildlife it comes in contact with. However, plastic of the time wasn’t durable enough to survive the elements and protect the telephone wires, so communications companies were left with no choice but to use the expensive and hazardous lead-based sealant. Not only was this dangerous for repair crews to handle, but it also created a limiting factor in expanding telephone lines and inhibited growth and connectivity.

Dr. Hawkins spearheaded the research into developing a new form of plastic that was inexpensive, flexible and durable, which acted as a sheathe to guard telephone wires for up to 70 years. This cable sheathing is still in use today and guards fiber optic cables from the elements, as well as preventing external light sources from shining into the cabling that could disrupt your signal. This is the innovation that helps ensure “Mad About Science” ends up in your hands every week. Without this innovation, it may not have been possible for telephone, and later internet services to come to rural areas like ours.

Dr. Hawkins was a brilliant man, and he knew that plastics were a double edged sword. Creating something with a virtually limitless lifespan meant that it would be trapped in the environment forever. Because of this, he also developed many innovative ways to recycle the plastics he worked with, and by the time of his retirement from AT&T in 1976, he held more than 130 patents.

After his retirement, Dr. Hawkins went on to teach chemistry as well as funding scholarships to promote a love of science in the generations that would follow him, particularly those from minority and disadvantaged communities.