Rocket science is the gold standard for gauging the difficulty of a certain task. Trying to create a decorative frosting on a cake for the first time?

Thanks, Aunt Linda. Your criticism has been noted. 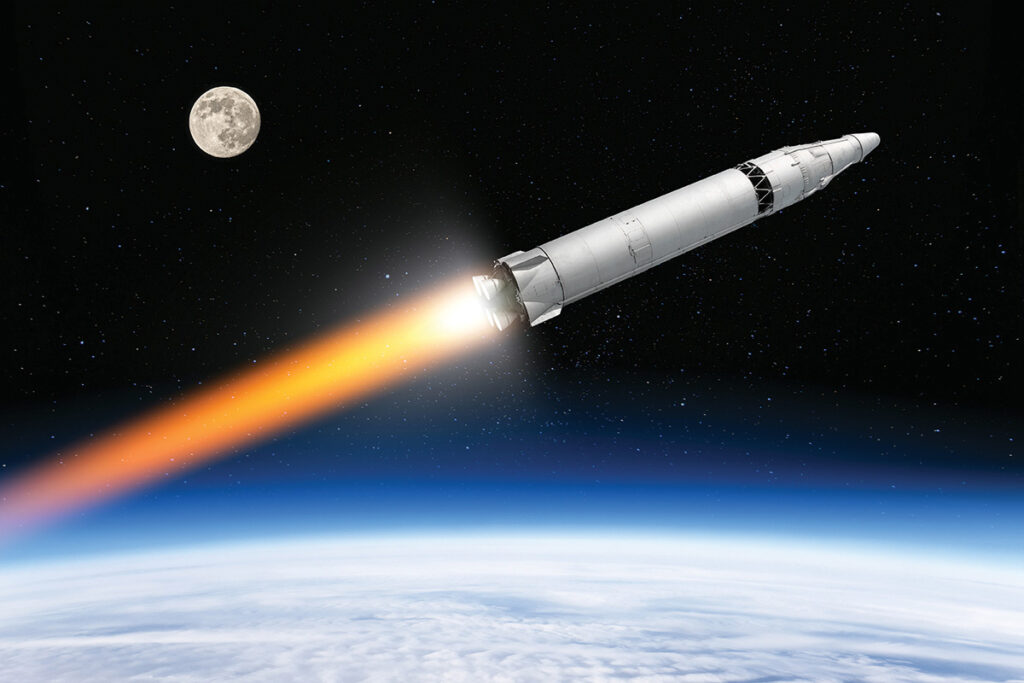 Rocket science is a complicated subject, but this is primarily because there are a variety of factors contributing to the problem of launching a rocket from point A to point B. As with any problem, if you break it into manageable parts, it becomes simple.

Trying to launch a rocket to the moon? You’re going to need a rocket-load of mathematics, weather reports and an army of trained professionals monitoring about a thousand different things at any given moment to be successful.

Trying to launch a rocket straight up into the air? I’ve got you, fam.

The basis for any successful rocket is thrust. A rocket capitalizes on Newton’s third law of motion: Every action has an equal and opposite reaction. If you are to fill a tube full of combustible fuel and direct that fuel in a controlled burn, which releases heat energy, at one end of the rocket, this release of energy should push the object in the opposite direction. Voila! You have a rudimentary rocket.

You don’t even require a source of heat energy to launch a rocket. You can create a rocket from a simple chemical reaction. By partially filling a soda bottle with soda or carbonated water, some vinegar and adding a small amount of baking soda, you can create a chemical reaction that will send your rocket game to the next level.

The baking soda and vinegar work to neutralize one another and create carbon dioxide in the process. Carbon-rich soda intensifies this reaction. Carbon dioxide takes up a lot of space and this expansion creates immense pressure when crammed into an enclosed space like a soda bottle. The soda bottle needs to be sealed by something that can give way under this pressure, or the reaction will be unimpressive.

Corks make for good seals for this experiment, as the pressure from the expanding carbon dioxide will push the cork out of the bottle before it destroys the bottle. Suddenly, the neck of your bottle has become a rocket bell, directing the energy of the gas downward and pushing the bottle upward. At this point, your bottle will probably spiral all over the place and make a giant mess, but at least it will look awesome.

The next step of making an efficient rocket will be factoring in aerodynamics — how efficiently your rocket interacts with air. An efficiently aerodynamic object is generally conical, that is, sharp in the front with a rounded dome that allows air to flow over it. Surface area is the enemy of aerodynamics, and it’s why your clunky bottle spiralled all over the place on your first launch. As the bottle was being driven through the air by the chemical reaction, it was colliding with air, which put enough pressure onto the bottle to redirect it. This is called drag.

To minimize that effect, you will want to put a cone on the nose of your bottle. Additionally, you will want to add a set of stabilizing fins to your rocket, either at the center or at the base. These fins will help slice through the air and keep the air pressure from pushing your rocket around so easily.

The third problem you will likely run into as an amaeteur rocketeer is finding the right amount of fuel to put into your rocket. It seems logical that adding more fuel means your rocket should travel farther, just like your car. Unfortunately, this is not the case. The more fuel you add to your rocket, the heavier it becomes, which means more energy is required to propel it.

What about if you’re trying to move another object with your rocket? Maybe you want to transport a Hot Wheels rover to the neighbor’s yard via rocket. This may require more than one rocket. You can double the force of your chemical reaction by adding a second rocket strapped to the first, creating boosters with your rover sitting on top. The more boosters you have, the stronger your chemical reaction — and the greater the weight of your rocket.

Now that you’ve launched your first rocket, is rocket science that intimidating? If you can launch a rocket, imagine what else you can accomplish today.