In the path of the bull

It was my third sunrise in a row spent hiking up the Hog Back Ridge — an unrelenting rocky incline that affords its visitors an unmatched view of Hope, as well as a true test of will — during elk season 2019. 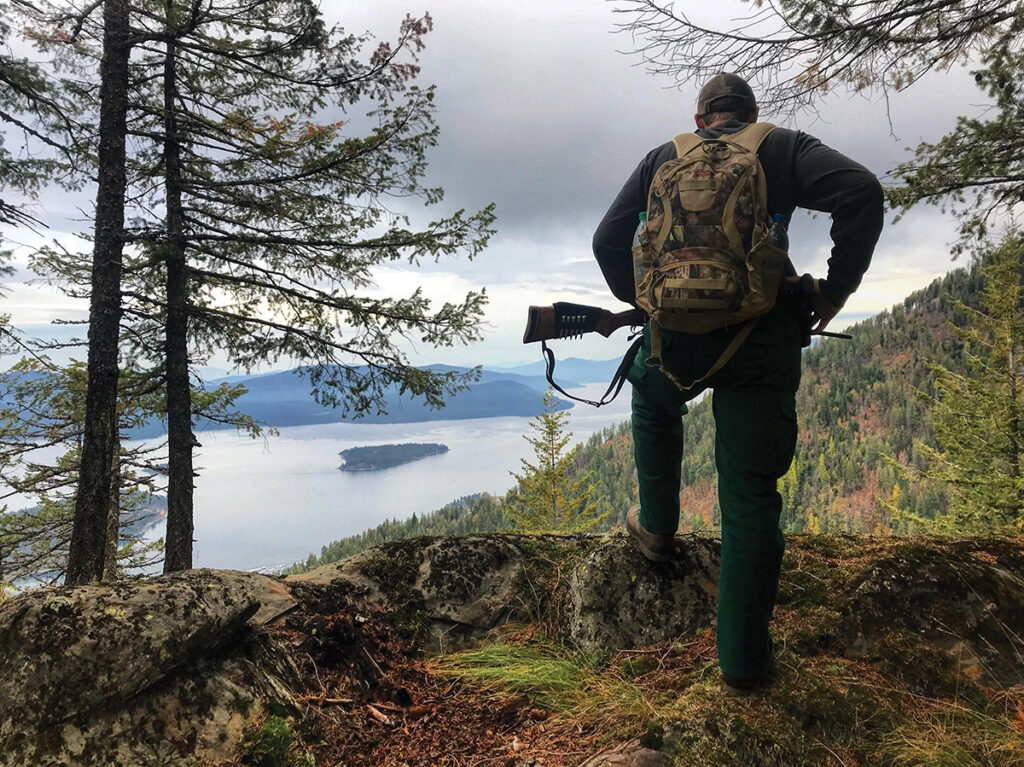 Alex Carey peers over the edge of the Hog Back Ridge in Hope. Photo by Lyndsie Kiebert.

I let my boyfriend — now fiance — Alex, slip out of sight as he made his way easily through the near-vertical crags. While Alex was fresh on his first hunt of the season, my feet ached, sweat dripped from my nose and my rifle felt five times heavier than it had the day before.

We reached a grassy bench where a five minute break to sit, eat and listen is customary on this particular route, and turned our attention to granola bars and the thick brush of the canyon beneath us. While the ridge continued at a steep incline, it was at this bench that we would begin to sidehill through a rockslide, into the thick, dark trees and — hopefully — into an unsuspecting herd of elk.

Not yet cow season, our only hope was to find something with antlers to fill the freezer. Alex led the way toward the rockslide, where two moose — a couple of black, ominous masses in the faint sunlight — marked the first sign of ungulate life for the day. Thankfully, they wouldn’t be the last.

We made it into the brush and began fighting through tangled grand fir limbs as quietly as possible. While hunting the elk on their terms — crawling over blowdowns, inching along a narrow game trail to the next clearing in hopes that the flash of a tan body might appear — it’s possible to almost step on a bedded cow before she sees or smells you. A key component, however, is to achieve near silence as each stick on the ground could give you away to every animal within a mile radius.

Reaching out to grab a limb from Alex before it whipped me in the face, we locked wide eyes as an elk bugled no more than 100 yards down the canyon. We held our breath as the high-pitched wail turned to a guttural grunt, and stood frozen for another 20 seconds. Alex’s eyes held a question: “What next?” 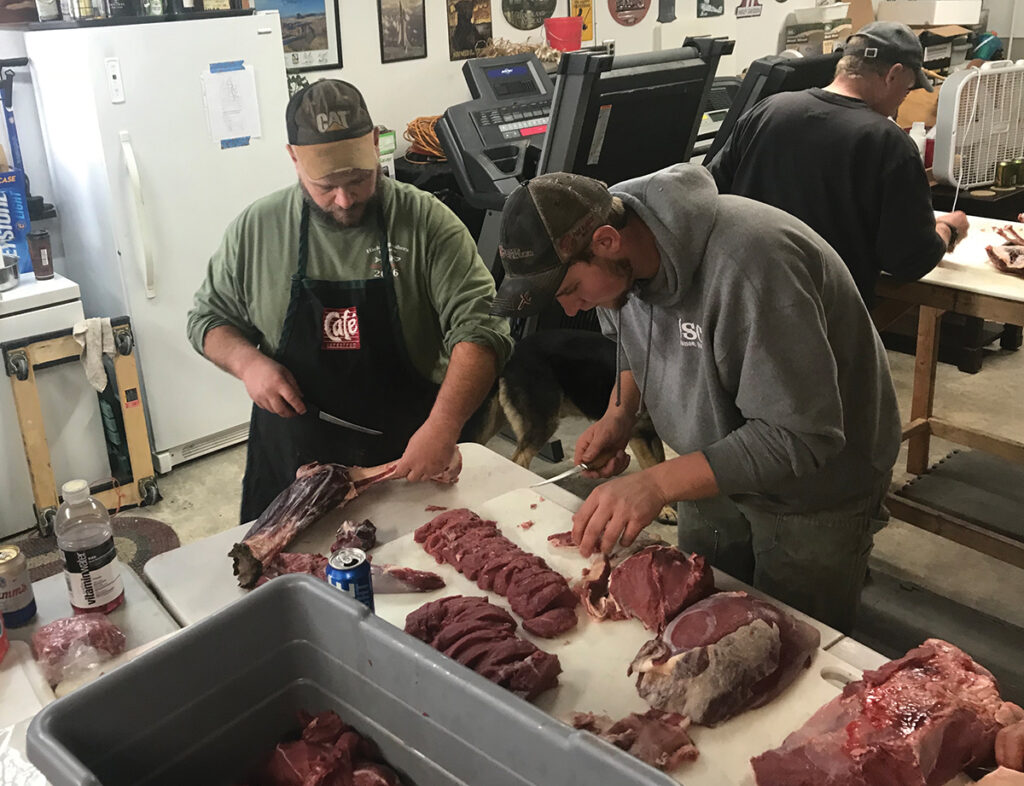 I went through the mental checklist my dad taught me: “What way is the wind blowing?”; “Uphill. Good — he won’t smell us”; “Where is the next area of better visibility?; “Just a few yards ahead, where the game trail crosses a small ravine lined with yellow ocean spray.”

We made it to the edge of the ravine ever so slowly, pausing often to hear the bugle getting closer and closer, and took a seat on the edge of the trail. I could tell Alex was anxious to keep going, but something told me to wait. We could see 30 yards down the canyon and were seated right where I knew an elk would choose to pass through. They’re capable of taking some pretty wild routes when necessary, but an elk is likely to take the path of least resistance — a game trail — if they’re not under any stress.

It wasn’t long before we heard the signature combination of crashing brush and stomping hooves headed straight for us. The animal crossed the ravine above us on the trail, and stopped 10 yards away: a cow elk, sliding to a halt on the soft dirt. It took her no more than two seconds to realize: “humans.” She leapt from the trail and straight downhill, into the ravine and out of sight. The fading sound of her massive body wading through the foliage gave way to an even louder approaching ruckus made distinct by a repeated cracking sound: antlers meeting tree limbs.

I grabbed Alex’s elbow and made him stand up, pointing straight to the yellow bushes lining the far side of the ravine. He shouldered his rifle and, after what felt like eternity, the brush began to move.

No matter how many elk I encounter in the woods, the adrenaline rush never ceases to amaze me. I have yet to match the feeling of meeting an unsuspecting animal of such grace, strength and size on its own turf. As the world advances and our lives change from generation to generation, the feeling I get in my chest when I encounter elk in the woods of Hope is something I know I have in common with many Kieberts who came before me. It’s a connection that defies time, and requires no explanation.

Alex didn’t harvest a bull that day beside the Hog Back Ridge. The tip of an antler emerged from the ocean spray for only a moment before the bull crashed downhill, just inside the cover of the brush — safe for now. Alex actually killed a cow the next day, on his own, and attempted to send me photos with shaking hands. He’s hooked now, and our packs are already prepared for the opening day of the 2020 rifle season on Saturday.

Here’s to meat, family and encountering massive bulls in the sunny October woods — even when the hunt doesn’t end in a harvest.