This week’s subject was requested by an anonymous reader. Thanks, mysterious reader!

There is no love for the vampiric mosquito. Nothing sucks worse than heading out on your new boat in the summer just to be exsanguinated by a swarm of tiny bugs.

Luckily we don’t live in a tropical climate, so mosquitoes are only a temporary nuisance in North Idaho. Unfortunately for us, winter doesn’t mean the complete end of mosquitoes. They are capable of shutting down their vital functions for extended periods of time to survive extreme temperatures, in a process called diapause. Depending on what kind of mosquito it is, this can happen at virtually any of the mosquito’s four life stages: egg, larva, pupa or adult. 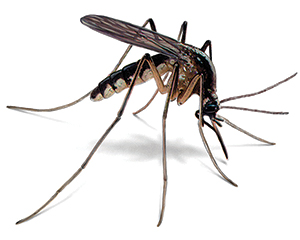 Diapause is a major factor for why mosquito populations are so difficult to control. When conditions become unfavorable, the mosquitoes just hibernate until they’re favorable again — not unlike pausing your game until you figure out the solution to a difficult timed puzzle.

A mosquito begins its life of terror in an egg, laid in a cluster on a floating raft produced by a fertilized female mosquito. This egg cluster floats around on the water’s surface for up to 48 hours before the mosquito enters its second stage of life: larvae. Mosquito larva swim around in the water eating algae, bacteria or anything else it can suck up in the water. Despite being aquatic, they can’t breathe underwater and need to surface regularly to siphon air, like a dolphin or a whale. This stage lasts for around a week before the mosquito transforms into its pupal stage.

The mosquito is a pretty boring creature during the pupal stage. While it had spent its time carb-loading as a larva, it spends its pupal time developing into an adult. A pupal mosquito looks like a weird little Facehugger from Alien. It can swim during this stage of life, but doesn’t feed — it spends this portion of its life just trying not to die. After a couple of days, the body will break open and the fully formed mosquito we all know and hate will emerge to wreak havoc on unsuspecting campers everywhere.

Adult mosquitoes are herbivores, not that you would ever know, since it seems they spend so much of their free time sucking our blood. The vampiric nature of the mosquito is a trait only females possess. Proteins and iron in vertebrate blood provide ample building blocks for mosquito eggs, so every bite lays the foundation for the next generation of nuisances.

Female mosquitoes possess myriad tools for seeking blood. Most vertebrates produce carbon dioxide as a waste source when they breathe, as well as hundreds of unique scents that are imperceptible to humans but light us up like a neon vacancy sign at a sleazy motel to the mosquito. Between the concentrations of carbon dioxide around us and these unique aromas, the mosquito can not only locate humans, but find the best places to bite us where they will get the highest concentration of blood in one bite — all without any understanding of vertebrate anatomy or even possessing decent vision.

The mosquito has compound eyes, like most flies, which makes it good at tracking motion but lackluster at differentiating detail. If a human were to have compound eyes, it would be an extremely disorienting experience — like looking through a semi-transparent disco ball that had been sand-blasted. Unlike humans, small invertebrates like flies and mosquitoes don’t have a lot of storage space for a large and complex brain, so their senses and processes are markedly different and simpler than ours. They don’t need sharp detail, because their other senses have developed to compensate for that shortcoming.

After a mosquito bites you, you’ll notice the area around the bite becomes bumpy and itchy very quickly. This is simply an allergic reaction — your body freaking out after being pierced and injected with mosquito saliva. Though it’s difficult to refrain, you shouldn’t scratch the bite as it only makes it worse. Your body thinks it’s still under attack and will react more intensely and the itching and swelling will get worse. If you end up breaking the skin, it can even become infected leading to much worse complications than an irritating itch.

Mosquitoes are more than just a nuisance — they’re actually the most lethal animal on the planet, with the highest human body count of any other animal, except other humans. While exsanguination by mosquitoes is not likely, they are prime vectors for diseases like malaria, yellow fever, dengue, West Nile, Zika and more.

Why don’t we just wipe them into extinction, then? There are a few factors. Humans are exceptionally good at driving species into extinction, but that is rarely a good thing. The extinction of mosquitoes would cause a massive chain reaction we cannot even begin to comprehend. Mosquito larva feed fish during their early stages of growth, which go on to feed birds and other large predators as they grow in size. The adult mosquito is a major part of the diet of bats, which not only suppress mosquito populations, but feed predators and scavengers alike.

At least winter is coming, and that means a few weeks of reprieve from the relentless itching. Stay curious, 7B!