You may have heard that the banana is the highest grossing item in most superstores throughout the United States; so, logically, you would imagine that America’s favorite berry must be the banana, right?

Bananas might sell in huge quantities, but they lack in a sector that America’s favorite berry has dominated for more than 8,000 years: the production of wine. After all, outside of the Caribbean, how often have you seen a bottle of banana wine sitting on a shelf? 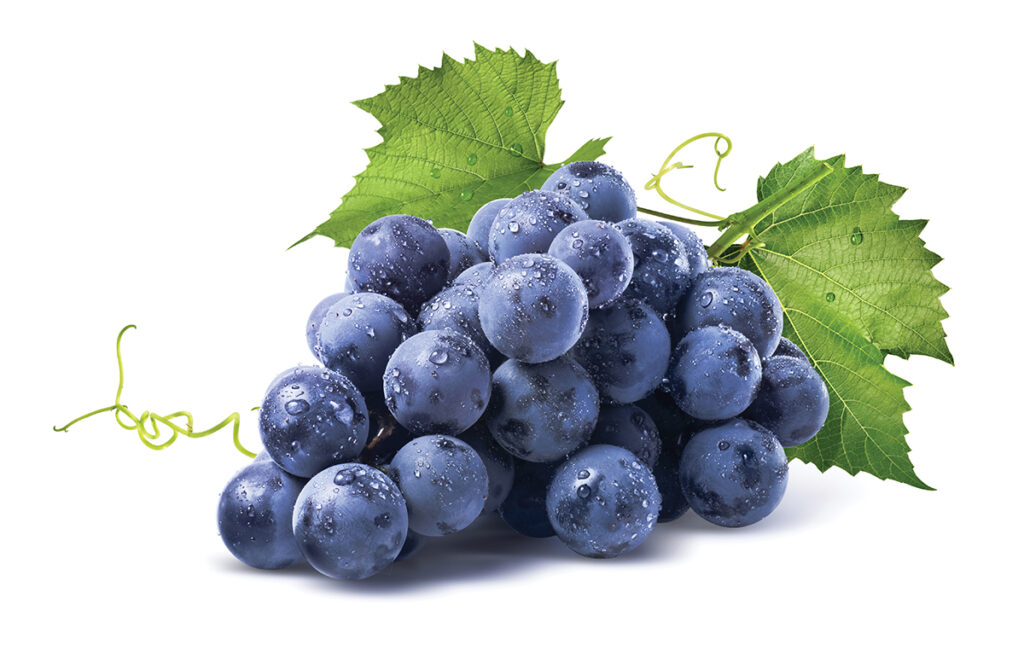 There here are grapes you’re lookin’ at. Courtesy photo.

Grapes and humans have a long-shared history, with historical evidence of grape cultivation predating civilization around 6000 BCE. The ancestral seeds of the modern-day grape likely originated from somewhere in Central Asia before humans brought them into the Mediterranean, where they would bolster trade, spark wars, and ease the pain of living in a time during which your parents could sell you for a few chickens and a goat.

Not so surprising, in this period grapes were used almost exclusively for wine production. Alcohol production, and of course alcohol consumption, dates back considerably further than the cultivation of grapes. Scientists believe that primates have understood how to eat rotten fruit with the intention of getting turnt for at least 80 million years, though the production of alcohol for trade likely began somewhere around 9,000 years ago, or 7000 BCE.

Humans creating wine was about more than just getting crunk. Alcohol was a matter of practicality in an age when refrigeration wasn’t even an idea. Once removed from the vine, we only have a few days to safely eat grapes that are unrefrigerated. Their high sugar content makes them susceptible to bacteria, which will rot the grapes from the inside out.

If we were to simply let the local bacteria rot the grapes, we would be left with a nasty, smelly sludge that would not be safe for human consumption. This is where yeast comes into play. Yeast is a collection of single-celled eukaryotic fungi that will eat sugar and poop out ethanol, so to speak. Ethanol is alcohol — something familiar to adults, but hopefully foreign to our younger readers. Ethanol is the stuff that makes mouthwash burn or smell pungent (though it’s not used in all mouthwashes), and it’s also used as a disinfectant in some cleaning products, or things like paint thinners with a strong and dizzying fume

Ethanol is a solvent, and it’s very useful for destroying bacteria that comes in contact with it by shredding the cell membrane and turning its bacterial innards into organic confetti. These antimicrobial properties make alcohol a practical storage device for organic things you want to keep from rotting — including the wine itself. This feature allows wine to remain relatively safe for human consumption for very long periods of time, especially when sealed up. This was important thousands of years ago, as long storage times meant relatively little waste.

As refrigerators have become a regular addition to the home throughout most developed nations of the world, the role of grapes has evolved beyond alcohol production. Table grapes can be stored in a fridge for well over a week, or frozen to be kept for even longer. This has created a demand for larger grapes that are bursting with juice, which is mostly water. Higher water content is not desired when making wine, as wine grapes are often much smaller but very sugary, giving the yeast a leg up when converting the grape into alcohol.

A third, and very popular, grape product is the stroke of marketing genius: raisins. Raisins are literally grape jerky — you’re paying extra money to eat less grapes in a slightly more convenient way, without even consciously realizing that you’re eating a shriveled grape.

Grapes, like many other berry cultivars, come in a huge variety of flavors, colors and purposes. While North America was once overrun with grapes when European explorers stumbled upon it, leading to its original name of “Vineland,” these grapes were very acidic and not very palatable to the wine-loving Europeans. Many of these cultivars have been cross-bred with French grape varieties to create more sugary grapes for wine production.

It probably won’t surprise you that most grapes in the United States are produced in California. Love it or hate it, the facts side with California’s superiority in the art of grape production. California alone is responsible for 95% of the US’s wine exports, and generates around $1.4 billion a year in revenue exclusively from wine. This is because of the favorable climate for grapes, particularly in areas like Napa Valley, where the terrain is hilly, well-drained and winter is vanquished by a sleeveless puffy vest and a balloon ride. Wine grapes need upward of 200 days of agreeable weather to reach peak ripeness, which is like two of our summers.

I’d better wrap this article up before people chase me out of town with pitchforks and torches. Before I go, my wife led me on to a neat and delicious treat you should try. Toss some seedless grapes into a gallon freezer bag with a sugar-free Jell-O powder mix of your choosing. Shake it up really well and toss it in the freezer for a few hours.

While sucralose from the Jell-O is not particularly healthy, the consumption of grapes has been linked to lowering the risk of colon cancer, as well as providing a multitude of vitamins, minerals and fiber to your diet.