Plants are weird. For organisms that eat poop and don’t move from the spot they were “born” their entire lives, they can be crazy intelligent. We’ve talked about orchids before that trick bees into mating with them to minimize breeding with direct relatives of theirs, but today we’re going even weirder. 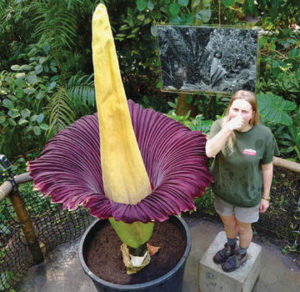 You know this thing as the corpse flower. As with most other names, it’s extremely misleading. It’s actually made up of a bunch of flowers. These flowers produce a smelly oily substance that attracts pollinating beetles native to Sumatra. Drawn to the smell of decay, they crawl all over and pollinate it. 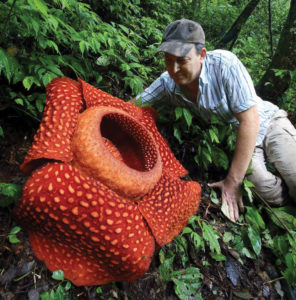 This weird thing stinks really badly, too. What’s even weirder is that it spends most of its life as a parasitic strand of tissue or vine that clings to other plants in the Indonesian rainforest. Suddenly, almost overnight, it explodes into a piranha plant from “Super Mario Bros.”

These pitcher plants are really weird. Some of them draw insects and rodents (including rats) into them, where they get stuck and are digested by the flower. Eat your heart out, Venus fly trap. Others have developed perches for jungle shrews to sit on and… aherm, pinch a deuce into, from which they directly draw their nutrients. 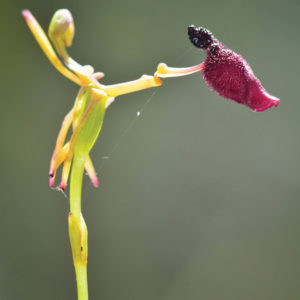 The hammer orchid. It has a funny appendage meant to mimic flightless female thynnid wasps. The males will fly down and attempt to mate with the decoy, only for the orchid to body-slam the male into its pollen pouch. Embarrassed and frightened, the wasp escapes, covered in pollen, only to attempt to mate with another flower before getting body-slammed again. And you thought dating was hard.

Also called “Duckweed”, it is the smallest flowering plant on Earth. It lacks leaves or roots, but each one can produce a single tiny flower. It’s also capable of doubling in population every 36 hours. 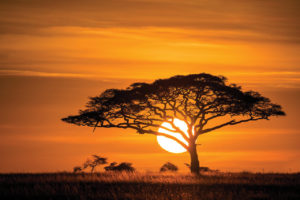 Wrong! When fed upon by herbivores, the African acacia will release a gas that’s carried by the wind to warn other acacia trees. The warned trees will produce a toxic oil and coat its leave with it, killing anything that feeds upon it. The African acacia has killed entire fenced-in game preserves in a single season more than once. Can’t wait to be king, indeed.

Known as the “dragon’s blood tree,” this odd-looking tree derives its name from the color of its sap, which is deep r 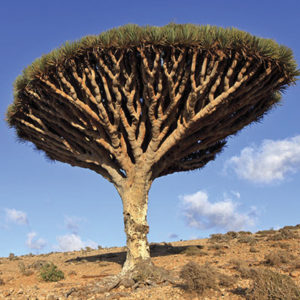 ed and supposedly looks like dragon’s blood. Ancient cultures used the sap as a dye, as well as a medicine.