Mad About Science: Colors and pigments

There’s lots of gloom and doom that comes with isolation, all furthered by dumb-dumbs doing dumb things to get attention on social media. Rather than looking into scary stuff that can happen to our bodies, I wanted to take a look at a subject that is universally loved: colors and what makes them. 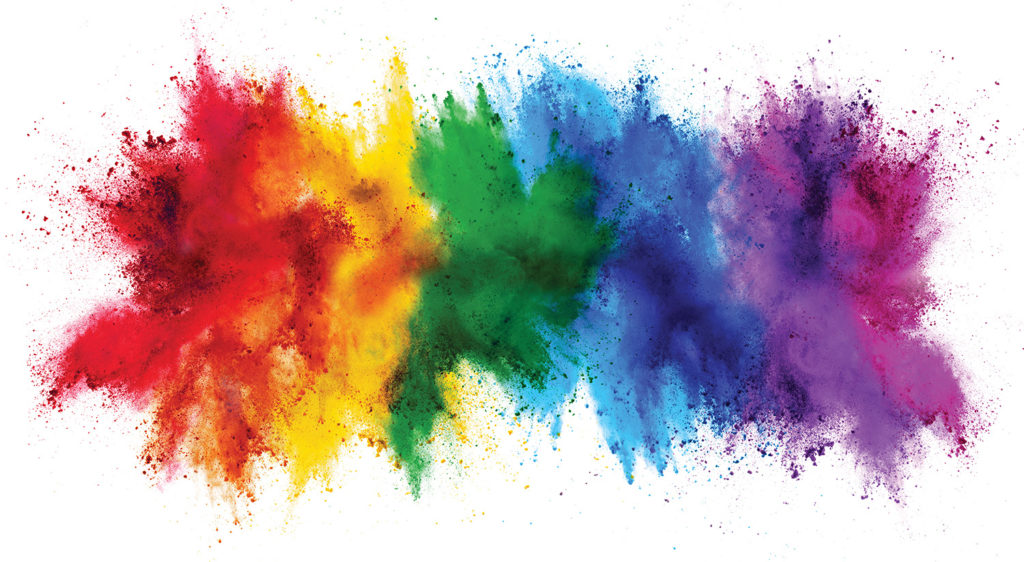 Most of us have asked the question:”Why is the sky blue?” It’s the same reason that lots of water also appears blue. Oxygen in great quantities tends to absorb longer wavelengths of light such as red and yellow and then reflects that blue hue back to our eyes. Something interesting happens when that same light has to pass through even more particles. As the sun begins to fall over the horizon, its light is being projected horizontally, rather than vertically, through the atmosphere. As the sun’s light passes through more air, more light is absorbed, leading to less blue and more violet.

Clever humans have used similar chemical reactions to create colors for as long as we’ve known how to illustrate our thoughts on cave walls. We’ve done this using pigments, or powdered substances that reflect very specific wavelengths of light. Pigments can come from a number of places such as metals, plants and insects, or synthetic chemical reactions. Pigments are mixed with some other soluble material to create dyes and paint, so that the pigment will stick to surfaces.

Many shades of red can be made by using oxidized iron, better known to gearheads as rust. Oxidized iron reflects lower wavelengths of light to give a reddish-brown color. It’s why the surface of iron-rich Mars is red. A very unique shade of red pigment doesn’t come from iron at all, but the cochineal scale, an insect from South America. Its body is rich with carminic acid, which is mixed with calcium and salts to produce a rich carmine dye. This dye is most often used in red food coloring and lipstick. Remember that the next time you smear dead bugs on your face for date night.

One of the most historically significant pigments is Tyrian Purple, a color reserved for royalty. It is extracted from a mollusk called the spiny dye-murex — more specifically, the mucus of the murex mollusk. Native to the Mediterranean Sea, the spiny dye-murex was intensely bred by dyers of the ancient world to provide dyes for textiles for emperors such as Justinian I and Julius Caesar. The mollusk would produce mucus when feeding, mating or being disturbed by predators (often referred to as “milking the snail”), but the pigment could also be obtained by crushing the shells and soaking them in a solution for several hours, days or weeks. This latter method, though easier than the others, required an labor-intensive effort for an insignificant amount of dye.

Not all colors are ancient, some are shockingly new. As recently as 2014, the color Vantablack was developed. The vanta in the name is an acronym for “vertically aligned nanotube array,” where the nanotubes are made from carbon, the same substance that gives coal its dark appearance. Vantablack absorbs just about all light that touches it, reflecting only 0.035%, which is imperceptible to the human eye. To give you an idea of how dark this stuff is, developers painted the middle of a crinkled up pile of aluminum foil with vantablack, and it just looks like a hole in space and time in the middle of cooking foil — the same thing that happens whenever I try to bake a potato.

Some of the colors most important  to our artistic history are also the most dangerous. Lead white is exactly what it sounds like: white lead paint. It is a brilliant and striking white that has been used by the ancient Egyptians as well as the famous painters of the Renaissance. It was surely an expensive paint to make, as it was very well known for being an extremely toxic substance, and few people would be willing to live a short, miserable life without proper compensation.

Artisans created lead-white by putting lead carbonate into a specially crafted clay pot mixed with vinegar. Over the course of about two weeks the lead would rust, which said artisan would then scrape off and put into a new pot with more vinegar. They would repeat this process until they created their desired white before grinding it into a pigment to be sold. Lead-white No. 2 is still in production today, though several synthetic and less-toxic alternatives now exist.

The next time you’re browsing a digital tour of an art museum or studying art for school, stop and think about what must have gone into crafting that painting. Not only was there a creative vision and a painter, but hundreds of crafters, traders and chemists contributed to bring that painting to life.

Art is magical. Stay curious, 7B.