When I was in school, we learned about one black scientist: George Washington Carver, whom my history book at the time summed up as: “The African-American scientist that invented peanut butter.”

That’s a pretty disgraceful summary of an extremely hard-working and prolific scientist who helped lay the foundation for our understanding of the ways that agriculture impacts our environment today — one of, if not the most, important topics related to our survival as a species for the next 50 years.

It wasn’t until I was out of school and curious about science that I really started to learn about the incredible contributions that black scientists have made to our world. While I’d love to talk more about George Washington Carver, his scientific career has been extensively covered and you can easily find a copy of his biography at the library, as well as a host of other books for all ages detailing his career.

Today, I want to focus on other African Americans that made some great contributions to the human race.

First on the list is Dr. St. Elmo Brady, the first African American to earn a doctorate for chemistry in the United States. Born in 1884, not even a full two decades after the conclusion of the Civil War, this man faced challenges most of us couldn’t even begin to wrap our brains around — especially when you consider that he was a professor for Tuskegee University in Alabama.

St. Elmo Brady went on to teach at Howard University in Washington, D.C. and then at Fisk University in Nashville, Tenn. — another state that had lingering secessionist feelings in the wake of the Civil War. Brady spent much of his career fundraising and breaking barriers, having established the first graduate studies program for a black university in the U.S.

Next up, hitting a little closer to home, is Dr. Shirley Ann Jackson.

Dr. Jackson is the theoretical physicist whom you have to thank for your lightning-fast fiber optic internet. She was the first woman of color to earn a doctorate from MIT in theoretical physics, and the second to earn a doctorate in physics in general. Her most notable scientific contributions are in the telecommunications field, helping pave the way for inventions like portable fax machines, touch-tone phones and fiber optic cables for data transmission.

While those first two might not seem incredibly relevant these days, just remember that the smartphone in your pocket was built upon those technologies.

Third on our list is Alice Augusta Ball. Alice graduated from the University of Washington in Seattle with two degrees in pharmaceutical chemistry in 1912. Unfortunately, she would only live for another four years, but in those four years accomplished what every generation before her failed to do in an entire lifetime: Discover a treatment for leprosy.

Ball pioneered a technique to make chaulmoogra oil, the viscous oil of the chaulmoogra plant, injectable under the skin of patients suffering from leprosy. She unfortunately passed away shortly after her discovery, and the professor with whom she worked took sole credit for her discovery. In time, and through the diligent efforts of her colleagues, Ball was posthumously given scientific credit for the discovery, and would forever have it named after her: The “Ball Method.” 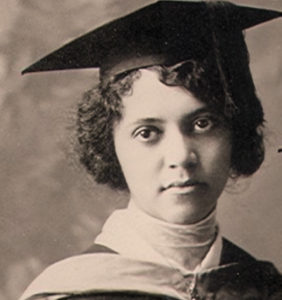 Finally, we have Jane C. Wright and her father Louis T. Wright.

In one of the most awesome and inspirational stories I’ve ever read, these two were pioneers of cancer research who actively worked together to lay the foundation for chemotherapy methodologies that would go on to save untold millions of lives and prolong countless more.  The Wrights were a family with a history of medicine. Louis’ mother, Dr. Ceah Ketcham Wright, was born a slave, then earned a medical degree after the Civil War. This drive lasted for three generations, as Jane went on to identify methotrexate, one of the most critical drugs in the application of chemotherapy.

It’s impossible to sum up these incredible people in only a few paragraphs, and in even attempting I feel that I’m doing them a great disservice. At the very least, I hope I’ve piqued your curiosity enough to dig a little deeper, to discover more about these important scientists, and learn from the challenges they’ve faced and overcome in their lives.

Look forward to Part 2 next week.