All the President’s (wo)Men

It’s hard to think of a more awkward holiday pairing than Valentine’s Day and Presidents’ Day. 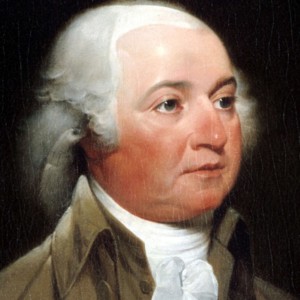 The collision of presidential birthdays and Valentine’s liturgical feast on the calendar leaves Americans vulnerable to holiday whiplash. One minute they’re worrying about whether they can get a reservation for two at a decent restaurant. The next, they’re remembering they have a day off work coming up, and maybe the weather would be nice for a hike, and oh yeah, that George Washington was a pretty swell guy, wasn’t he?

On the other hand, the holiday convergence raises an interesting question: What do we know about the presidents’ love lives? While it can sometimes feel invasive and voyeuristic, a study of presidential romances often humanizes otherwise inaccessible historic characters.

If any American figures could use a good humanizing, it’s the Founding Fathers. Despite the hagiography surrounding the founders, one look at the letters of John and Abigail Adams cut through the myths to the humanity underneath.

It’s easy to make the case that the Adams are America’s iconic power couple. Their mutual respect and support adds fascinating dimensions to John Adams’ tumultuous public career. It’s also a marriage that survived tremendous hardship, weathering the American Revolution and the long separations it brought.

Much of what we know about the Adams’ marriage is shaped by around 1,160 surviving letters. Their correspondence reveals a couple as intellectually well-matched as they were emotionally connected. Abigail never shied away from speaking her mind and advising her husband. Many scholars have come to regard her as an early pioneer of the women’s rights movement, particularly in her advocacy for female property rights and education. During the Continental Congress of 1776, she famously asked her husband to “remember the ladies, and be more generous and favorable to them than your ancestors.”

“Do not put such unlimited power into the hands of the Husbands,” she wrote. “Remember all Men would be tyrants if they could. If particular care and attention is not paid to the Ladies we are determined to foment a Rebellion, and will not hold ourselves bound by any Laws in which we have no voice, or Representation.”

The couple’s marriage endured many lengthy separations, especially while Adams served as a diplomat in France, the Netherlands and, after the war, Great Britain. Their letters during these separations reveal a longing and affection well-established in earlier correspondence. Indeed, the Adams enjoyed a marriage that—at least to modern sensibilities—comes across as remarkably earthy compared to many of their peers.

“Miss Adorable,” Adams wrote in a 1762 letter, “By the same Token that the Bearer hereof satt up with you last night I hereby order you to give him, as many Kisses, and as many Hours of your Company after 9 O’Clock as he shall please to Demand and charge them to my Account.” 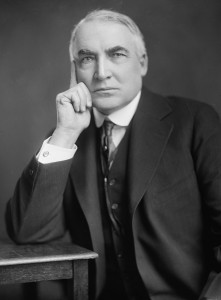 Harding doesn’t get much respect. His administration is more remembered for its corruption and scandals, including the notorious Teapot Dome bribery incident, than its accomplishments. His failure to inoculate the White House from disgrace frequently earns him a high ranking in lists of the worst presidents.

The 29th president also shares a space in the popular imagination with Bill Clinton and John F. Kennedy as a famous White House adulterer. In 1928, five years after Harding’s death, his secretary, Nan Britton, revealed he was the father of her illegitimate daughter. This claim has since been confirmed by DNA testing.

We certainly don’t need any DNA testing to corroborate Harding’s other famous affair with Carrie Fulton Phillips. Harding’s own letters to his longtime mistress are proof enough of the relationship. The nearly 1,000 letters written between 1910 and 1920, obtained in 1964 by historian Francis Russell over the objections of the Harding family, are extraordinary in the history of presidential correspondence.

The letters are probably the most sexually explicit presidential words on record. Harding devised codes sprinkled throughout the correspondence, nicknaming his penis “Jerry” (apropos of nothing, Lyndon B. Johnson is the other president on a first-name basis with his dangling bits, referring to it as “Jumbo”). Whenever Jerry pops up in Harding’s letters, double entendres are sure to follow.

“Jerry came and will not go, says he loves you, that you are the only, only love worthwhile in all this world …” one passage reads. “… He is so utterly devoted that he only exists to give you all. I fear you would find a fierce enthusiast today.”

“Wish I could take you to Mount Jerry,” Harding said in another letter. “Wonderful spot.”

In every other respect, Harding was frank about what was on his mind. And he was clearly a man who appreciated the feminine form.

“Honestly, I hurt with the insatiate longing, until I feel that there will never be any relief until I take a long, deep, wild draught on your lips and then bury my face on your pillowing breasts,” he wrote.

The letters of Harding, Adams and many other presidents offer a fascinating glimpse into their personal lives. The emerging picture is compelling in its familiarity. It’s easy to snicker at Harding’s Jerry or smile at the Adams’ domestic bickering. But it’s also a reminder that past all the pomp, very human impulses drive the commander-in-chief.