Mad About Science: A brief history of currency

Money is a touchy and complicated subject. The value of a dollar has always held different meanings for different people. Finance has evolved more quickly throughout history than perhaps any other human invention — and for good reason. As more people possess large sums of currency, the value of that currency declines.

This topic, as well as next week’s topic, was inspired by a mystery person who visited the library recently. Thanks, mysterious stranger!

The idea of economics is a subject that predates the written word, and perhaps even civilization in general. This makes the study of the subject a difficult task. We believe the earliest forms of wealth came in two forms: goods and land — the latter often producing the former, leading to more wealth generation. Ancient humans valued things that could help their tribes, villages and cities thrive. Animals were valued as trading commodities, as they could be butchered for meat that could help a group survive between harvesting seasons. 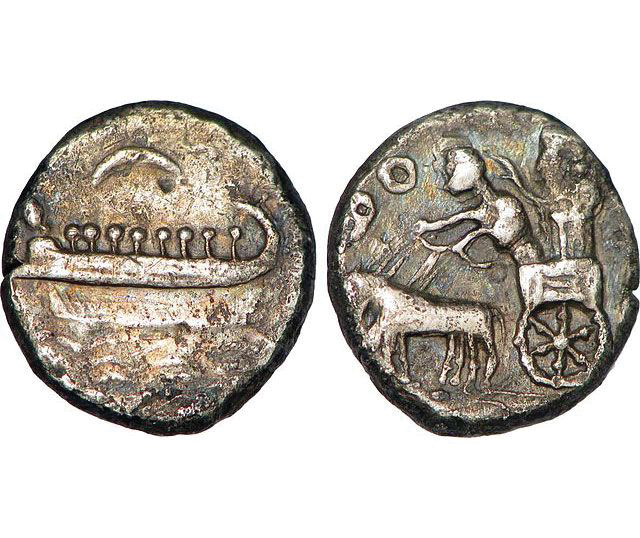 Attractive and rare items like shells, beads and semi-precious stones have also been observed as forms of currency during antiquity. The value of these is derived in their ability to display another unique form of human currency: status.

Bartering goods as currency was a wildly unreliable form of trade as ancient civilizations began to develop. Imagine yourself as an ancient herdsman in the Babylonian city of Ur for a moment. You’ve brought your sheep to market on Third Street, where a local trader offers you two ducks and a stone for each head of sheep you are willing to barter — additionally, you can probably convince this shabby-looking fellow to throw another duck or two in per head, as he seems fairly desperate. A few hours later, you stroll down the street and meet another guy offering four ducks and two geese per head of sheep.

Additionally, it became difficult for local rulers to divide portions of bartered goods as tax for doing business under their proverbial roof. How do you divide 35% of a sheep?

Presumably, with a very sharp axe, which you can buy for the low, low price of 15 ducks and seven geese!

If you’re confused, don’t worry: you aren’t alone. Ancient rulers needed a means to centralize currency and maintain tangible value on goods. It was sometime around 600 BCE that coinage began to appear. The oldest coin yet discovered is the Lydian stater, made from an amalgam of silver and gold found in present-day Turkey. Coins were minted with a clear value, so that rulers could accurately collect currency as tax without having to dismember sheep. They could control the amount and flow of coinage to increase its value, as well as bolster the ruling clan’s wealth and elevate its status among the people.

Early coins were likely traded based on their weight. Two coins minted at the same time could have different weights, as early coin casts were imperfect and hand-made. Imperfect methods for casting coins persisted well into the Roman empire, where the practice of coin-shaving was a rampant, and harshly punishable, offense.

Certain entrepreneurial spirits would use a file to shave off tiny flakes of individual coins, collecting enough excess metal to eventually cast new coins from the shavings, or simply sell the gold for more coins at weight, allowing the coin-shavers to continuously shave-and-sell. This is one of the oldest forms of what is known as money laundering, where people will take counterfeit and illegitimately-gained funds and transfer them through legitimate businesses a little at a time, effectively converting the ill-gotten gains into legitimately printed money — or more accurately, obfuscating the “dirty” money and making it difficult for authorities to track it to its source.

Early coinage represented exactly how much currency was in circulation and, because of the fact that it was made of valuable metals, could generally be exchanged at weight to neighboring city states and empires. Weight was a very important method of currency tracking for several thousand years. Gold and silver were most commonly used and traded, whether as coins or as decorative items like platters and jewelry that represented status.

Paper money has a history that may potentially predate coinage. Paper money has been referenced in archaeological finds from China as far back as 700 BCE. The interesting thing about paper money is that it represents a third form of currency used by humans: credit. Paper holds very little value — bricks of bank notes were burned for warmth in Germany in the wake of World War I, as the paper currency was worth less than the amount of wood you could buy with a similar amount of paper.

Interestingly, in the 21st century, paper money is becoming less and less relevant, being replaced by “invisible” money and digital currency. While cash still circulates, the bulk of the money we deal with now never even passes through our hands and, for all we know, may not even exist. Think about how many direct deposits are set up to drop straight into your bank account. What percentage of that are you able to realistically withdraw as cold, hard cash every month? How much of it do you not even see before it ends up covering your bills?

The premise of cryptocurrency is very similar, yet also antithetical to centralized currency and credit, but I have a word limit and a deadline, so I’ll dazzle your brain with that topic another day.

Until then, stay curious, 7B.