Founder and publisher Christine Holbert said the “Nasty Women Poets” anthology, edited by Grace Bauer and Julie Kane, has been a surprise success. 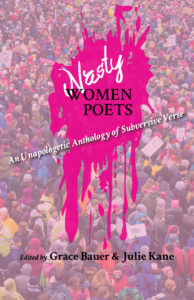 “I think it’s very similar to the energy and passion that went into the Women’s March on Washington,” Krane said. “I think women are feeling particularly devalued as of late.”

Kane said when she and her co-editor first proposed the anthology to Holbert, she was hesitant to publish it. Then, after the 2016 presidential election, Kane said she felt the book would no longer find success because it couldn’t be a celebration of the first female president.

“We thought, ‘Oh no, there goes our book,’ but Christine said, ‘We have to do this more than ever now,’” Kane said. “I’m so grateful to Christine for publishing it and doing such a beautiful job.”

While Nasty Women Poets features work from women across the country, local writer Desiree Aguirre had a poem — originally written as a song and titled “Dancing Horses” — published in the collection.

“I wrote it for my daughter, and much to my disbelief and amazement, it was selected,” Aguirre said. “(This book is) timely, important and it gives women a voice. I am blown away. I am in outstanding company.” 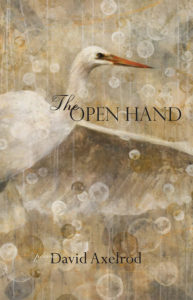 Another book released this fall through Lost Horse Press features cover art by local artist Catherine Earle. The Open Hand by David Axelrod is a collection of poetry in which the author explores the theme, “Where does joy come from?”

“Christine wanted to use one of my images for a long time, but my work is normally kind of busy for a book cover,” she said. “I was very pleased with the outcome and the opportunity of my artwork being published, especially for a poetry book.”

The first installment of Lost Horse Press’ Contemporary Ukrainian Poet Series was also just released. “A Field of Foundlings” is a collection from Iryna Starovoyt, translated by University of Michigan Ph.D. student Grace Mahoney. Mahoney is originally from Boise, and this is her first book of translations.

“For a reader who isn’t familiar with Ukraine, it’s a good introduction,” Mahoney said about “A Field of Foundlings.” “(Starovoyt) helps start drawing these cultural connections for people that are really insightful.”

Holbert said that while she can’t take credit for the content of Lost Horse Press’ books, she said she’s had a hand in deciding what books will succeed, how to make them better and giving them a package that will appeal to people, because “everyone judges a book by its cover.” 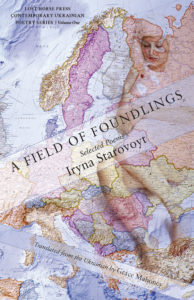 “A Field of Foundlings.”

“I publish things that I’m interested in and struck my fancy, and I think every poetry press publisher does that,” she said. “What Lost Horse Press is known for now is quality of product and design. That’s because I’m not a writer — my degree is in publishing, so that’s my whole love.”