Funds will be used to further the work of the Ethan Murray Fund, supporting mental health services and more

The case is closed between Spokane County and Sandpoint woman Justine Murray, who sued the county after a sheriff’s deputy shot and killed her 25-year-old son, Ethan, in May 2019. In a settlement finalized March 29, the county will pay $1 million to end the lawsuit.

Murray said that learning of the settlement made her feel “so many things” — among those emotions, “relief that I don’t have to keep reliving the horrible details about Ethan’s last moments.”

Ethan experienced mental illness, homelessness and addiction. While the sheriff’s deputy who killed him claimed that Ethan wielded a knife during the encounter in a wooded area of Spokane Valley, it was later determined that Ethan was unarmed. 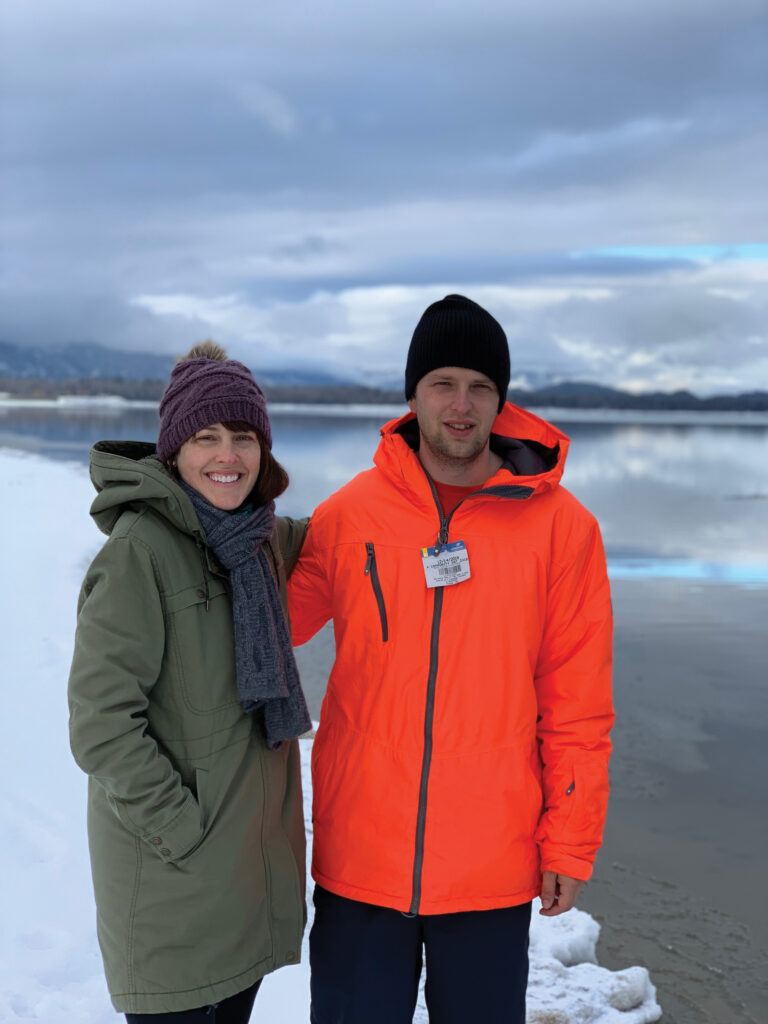 Justine Murray and her son Ethan, who was killed by a Spokane County sheriff’s deputy in May 2019. Courtesy photo.

“There are really hard things I have learned over the last three years that play over in my head like an ongoing trauma, including how Ethan suffered for 15 minutes after he was shot five times,” Murray told the Reader. “He must have known he was dying. As his mother, there is no greater pain.”

According to the Spokesman-Review, Murray, along with Ethan’s father, Mark Jentsch, filed the lawsuit in July, alleging the deputy “violated their son’s constitutional rights and the sheriff’s office provides inadequate training for dealing with mental health issues.”

While the case reached a settlement, the county did not admit liability, the Spokesman reported.

“I do believe that when a settlement does occur it does admit some form of accountability for wrongdoing, even though Spokane County won’t admit that,” Murray said.

Joseph Wallace, the deputy who killed Ethan, continues to work for the sheriff’s office and, according to the Spokesman, was promoted to detective.

“As a mother, the only option for me was a civil suit,” Murray said, adding that “it would have been a different story” if Wallace had been wearing a body camera or a bystander had been filming on a cell phone.

“There is no real justice for Ethan and won’t be until we have a better mental health system in place,” she added. “No amount of money can bring him back or fix what has happened.”

Murray, who owns a shop in downtown Sandpoint, plans to channel the settlement money into an effort already working to create a better mental health care system in North Idaho: the Ethan Murray Fund, which she established in her son’s honor. The nonprofit has a mission to “offer financial support for mental health, homeless and addiction services in North Idaho.”

The EMF board has been busy launching its first efforts to support services that already exist in the panhandle. In January, the group donated $20,000 to Bonner Homeless Transitions, which offers transitional housing and other programs to help people through the trials of homelessness.

“Not only do they get housing for people, and stability,” Murray told the Reader in January, “but they also go beyond that and they help them get back into the community, back on their feet, with things like transportation, medical [help], parenting classes, nutrition classes.”

Central to EMF’s operations has been recognizing and honoring Ethan’s love of the outdoors. Murray and her partner, Matt Connery, completed a more than 800-mile hike of the Idaho Centennial Trail in 2021, earning $60,000 in pledges and donations to help EMF get off the ground. In the future, the board hopes to host an annual hike in Ethan’s memory. In addition, Murray said some of the funds will go toward “a documentary telling Ethan’s story.”

The EMF board will also continue to talk with local community members and service providers to gather information on “where the biggest need” exists in North Idaho’s mental wellness realm, Murray said.

“What gaps can we fill?” she said. “Or do we choose to work toward a bigger project [or] goal?”

One of those goals might be a 24-hour crisis center for those in need of a place to stay and receive help, or possibly a 24-hour mental health crisis response team that responds to mental health calls rather than the local police force. Murray said CAHOOTS (Crisis Assistance Helping Out On The Streets), one such team in Eugene, Ore., is one example she points to as a valuable alternative to current law enforcement mental health response protocols. CAHOOTS exists through a partnership with the city of Eugene, and has been providing initial contact and transport for people who are intoxicated, mentally ill or disoriented for nearly 30 years, according to the city’s website.

“They dispatch a team that consists of a medic — nurse or EMT — and an experienced crisis worker,” Murray said. “The team provides immediate stabilization, assessment, advocacy and transportation to treatment.”

Murray said the next EMF event is scheduled for Saturday, May 28 — Jackpot Barrel Racing at Rapid Lightning Arena, hosted by Teresa Gavin. The event is set to kick off at 10 a.m. with more details to come, and will serve as a fundraiser for the nonprofit, which, according to Murray, is only getting started.

“I will keep fighting for all the families out there that have loved ones desperately trying to get help,” she said. “I receive emails, calls and messages on a weekly basis from people I have never met asking for help or resources for a loved one, or sharing their personal story, or wanting to help with our mission of the EMF.

“It’s heartbreaking how many other Ethans are out there unable to get help,” she continued, “and it’s also tragic how the family members are treated trying to access care for their loved ones. Big changes need to come and I stand with these families until they do.”