Sci-fi odyssey ‘The Midnight Sky’ screening at the Panida

George Clooney directs and stars in the post-apocalyptic film

George Clooney is back in the game after a four-year movie hiatus to play Augustine Lofthouse in The Midnight Sky, a post-apocalyptic space film that also features Clooney in the director’s chair. 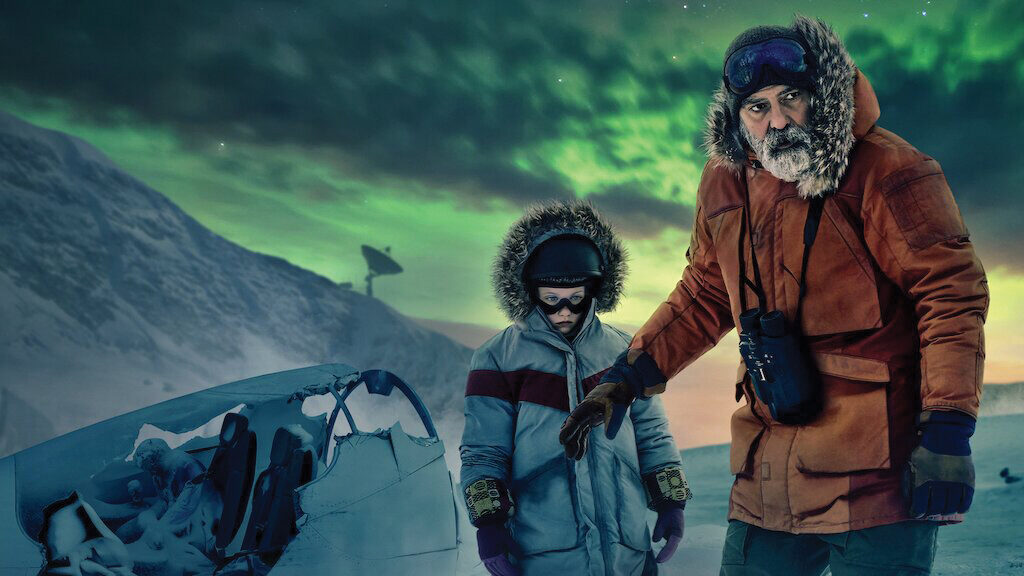 Courtesy image from The Midnight Sky.

The silver fox of Hollywood took on a more grizzled look for his latest work, as he plays a scientist in the Arctic at the end of the world in 2049. His only company is Iris, an apparently mute girl left behind when the station was forced to evacuate after an unnamed disaster poisoned most of Earth with radiation.

The Midnight Sky’s major conflict is a race against time: When Lofthouse discovers that a crew of astronauts who left Earth to find a new habitable planet are headed home, he and Iris must travel to a powerful communication tower in order to inform the exploratory craft and its occupants they are coming home to a dead world and should turn back.

The storyline weaves together Lofthouse and Iris’ journey across the Arctic with the experience of those headed home on the Aether mission, filling in the exposition with interspersed flashbacks. Felicity Jones plays Sully, the pregnant communications expert on the Aether, with a supporting cast including Kyle Chandler, Tiffany Boone and David Oyelowo.

Clooney’s mastery of his craft — and of what makes a compelling film — is on vivid display through both his acting and direction of The Midnight Sky. Remnants of sci-fi and apocalyptic films of decades gone by are clear inspirations for this creation, resulting in an ode to the past while marking a new era for these kinds of epic tales — an era where special effects artists are at the absolute top of their game and films first see the light on streaming platforms like Netflix.

Still, it’s hard to imagine that those who watch The Midnight Sky from a small laptop or phone screen will experience the film at its most powerful. Only the big screen — where so many sci-fi masterpieces first blew people’s minds — is where The Midnight Sky belongs, so catch it locally at the Panida Theater, Thursday, Dec. 31-Sunday, Jan. 3.

The Panida is observing social distancing policies with limited seating, so it is best to purchase tickets ahead of time at panida.org. Tickets are also available at the door.