It was from Virginia Thomas, wife of Supreme Court Justice Clarence Thomas, whom Hill had accused in 1991 of sexual harassment during his Senate confirmation hearing to the highest court of the land. In the voicemail, Virginia Thomas asked Hill to apologize for her testimony 20 years ago. 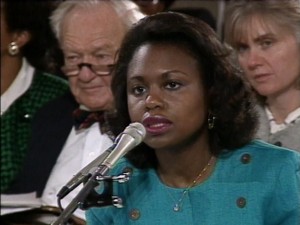 It was a bizarre incident, but one that exemplifies how Hill’s infamous testimony still colors her life. Those colors come in darker shades—Hill was vilified for her testimony by Thomas’ supporters and still receives hate mail to this day. But she has also become a hero to many for giving voice to the issue of workplace sexual harassment. Now the subject of a new documentary featuring cinematography by Sandpoint’s own Erik Daarstad, Hill proves herself to be a public figure who still has much to say about gender and race issues in America.

“She’s a really impressive woman in a lot of ways,” Daarstad said.

Once again, Daarstad teamed up with longtime collaborator and friend, Oscar-winning filmmaker Freida Lee Mock, to tell Hill’s story. Mock suggested a profile of Hill as their next project while making “G-Dog,” a documentary about gang outreach program Homeboy Industries. Daarstad signed on to direct photography for the film along with a few cinematographer friends, who would handle cinematography when he wasn’t available.

For his part, Daarstad said he was fascinated to work on a project covering such a pivotal figure in American politics and culture. He still remembers when the televised confirmation hearings played out before the American public in 1991.

“My wife and I sat glued to the TV, watching it with a lot of interest,” he said.

Given his awareness of her as a public figure, Daarstad said getting to know her and her family personally was a revealing experience. That was only enhanced by a trip to Oklahoma, Hill’s home state,  where the filmmaking team covered her upbringing as the youngest of 13 children in a family of farmers. For him, it was the highlight of an altogether positive work experience.

“There’s always a lot of little moments [during a project] that you come to appreciate,” he said. 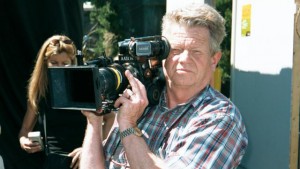 Even more impressive to Daarstad was the poise with which Hill handled her time in the harsh spotlight of public conversation. Called to testify at the hearing, Hill faced an all-white, all-male panel of senators, many of them nakedly adversarial.

“We kind of know how the other thinks by now,” he said.

“Anita” premiered to acclaim at Sundance Film Festival in 2013, an event attended by both Mock and Hill. According to the New York Times, the initial screening earned a standing ovation, with Hill being swarmed like a red carpet celebrity by people eager to share their own stories.

“The Sundance Film Festival went very well,” said Daarstad, who wasn’t able to attend the event. “I think they sold out two or three screenings.”

“Anita” later went on to limited theatrical release in major cities. Mock and Hill also took the film overseas, reaching out to women in India and Thailand, Daarstad said.

Sandpoint residents finally have a chance to see Daarstad’s latest project for themselves when “Anita” screens at the Panida Theater June 18 and 19. Both showings begin at 7:30 p.m. and will include an introduction by Daarstad. Advance tickets can be purchased online by visiting www.panida.org and accessing the “tickets and events” tab. Tickets cost $8.50 for adults, $7.50 for seniors, $6.50 for students and $5.50 for children.