In a previous life I was a newly married 27-year-old — with no kids — living in a gorgeous brick-and-hardwood apartment on Ninth Street in Boise. The apartment was a little too gorgeous, located a block or two behind the Idaho Capitol, thus my wife and I were broke after a few months, having blown through what was left of our wedding money after a two-month European honeymoon.

While my wife attended grad school and worked at a mid-range clothing store for professional women, I spent most of my days — only changing out of my bathrobe a few minutes before she returned home — laying around reading books, drawing political cartoons for the Sandpoint Reader v. 1, and watching the same handful of DVD’s over and over again. I also spent a lot of time sipping gas station wine and simply assuming that I’d land some high-profile, well-paid writing gig… somewhere.

It was a pretty low-wattage existence, though I seem to remember thinking that I was having a lot of fun. Eventually, however, it was necessary to hang up the bathrobe and actually expend the energy to seek that awesome gig. Despite my efforts, I wasn’t hired by any of the newspapers or magazines to which I applied. 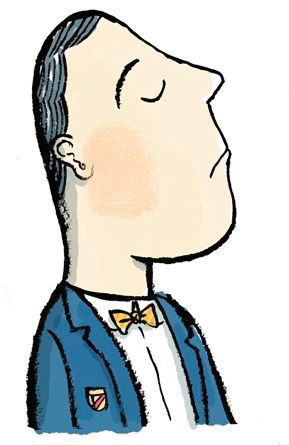 In the summer of 2007, the closest I was able to get to a writing job was working at a bookstore on Main Street in downtown Boise. That bookstore is long gone, but I still remember it with some fondness, especially after recently finishing the limited Netflix series Pretend it’s a City, featuring rambling conversations with legendary New York raconteur and writer Fran Lebowitz and iconic filmmaker Martin Scorsese.

As the show makes clear, Lebowitz is a zealous reader and collector of books — she has more than 10,000 volumes in her own much-more-gorgeous apartment in the Big City. A committed luddite, Lebowitz revels in the discernment and discovery of brick-and-mortar bookshops, now severely endangered by online retailers, ebooks and, to a degree, the podcast craze.

I agree wholeheartedly with Lebowitz, though perhaps “discernment” is too light a word — she is a self-described “snob,” though as a righteous snob, looks down on lesser “snobberies,” like those revolving around wealth and status. Rather, her snobberies are human, in that they have more to do with attitudes and philosophies, and a big one (which I share) is whether or not people read books.

During my stint as a bookstore employee, I sold a lot of Twilight novels — they were all the rage, but I noticed a distinct trend, in that they were being purchased almost entirely by white ladies of a certain clear upper-middle economic, social and age demographic.

They also all purchased these books in the same way: entering the shop with a swift, confident stride, then quietly slipping into the YA section after a flashy show of thumbing through titles by writers like Nora Ephron, Toni Morrison and Joyce Carol Oates. After a few minutes, these patrons would furtively arrive at the register and slide Twilight across the counter to me, oftentimes cover down, and apropos of nothing assure me, “It’s for my daughter.”

“Great,” I’d say, ringing up the book, which I remember was extremely expensive when it first came out.

“She loves these silly kinds of things, but at least she’s reading,” they’d respond, apparently not satisfied that I believed them.

They always took the bag, folded it over and invariably shoved it in their purse or some other form of baggage before a final worried glance my way and a clipped, silent exit.

Was I being a snob? Maybe a little (OK, a lot), but hey, at least they were reading and for that I now see they had nothing to be ashamed of. As Lebowitz points out, there’s no such thing as a guilty pleasure — just pleasure — and as we grind through this almost year-long pandemic, we could all use more of that.