Survey: Less than half of Idahoans think state is on the right track

Amid the chaos spurred by the ongoing COVID-19 pandemic, Idahoans remain cautiously optimistic about the direction of the state, with 49% of a sample group of 1,000 survey-takers telling Boise State University researchers that they feel the Gem State is “headed in the right direction.” That assessment marks an overall decline from 2017, when more than 60% of respondents approved of how “things in Idaho are generally headed.” 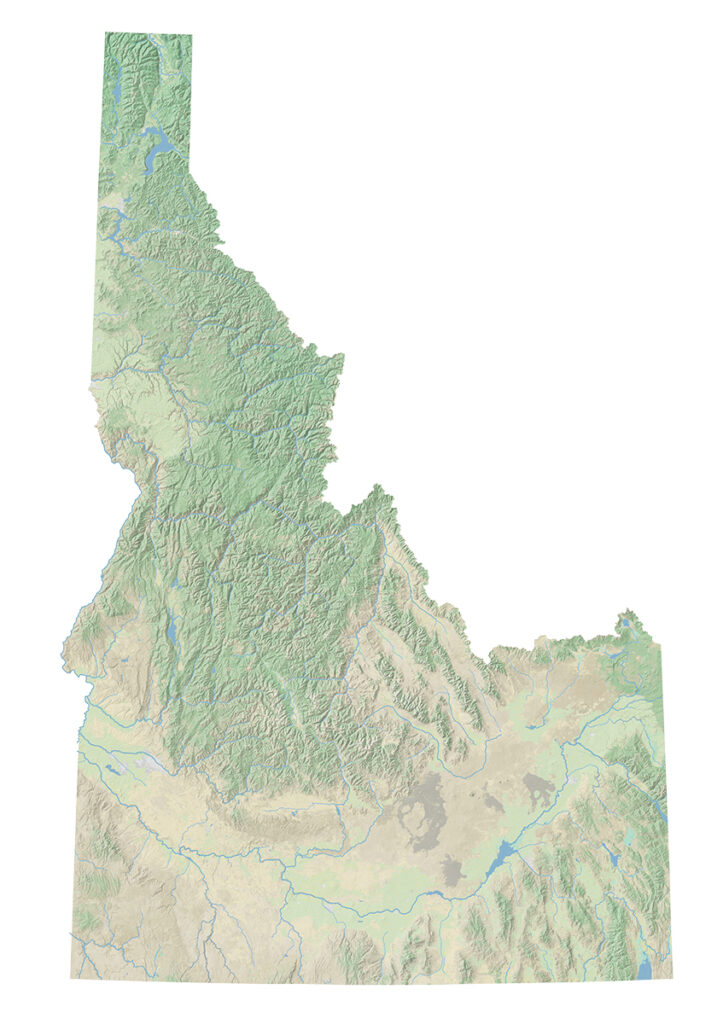 The sixth annual Boise State Idaho Public Policy Survey, conducted from Nov. 29 to Dec. 3, 2020 and released in late January 2021, went on to reveal a sizable minority — 38% — of Idaho residents would refuse to get a COVID-19 vaccine. Meanwhile, respondents ranked education funding as their top legislative priority — 71.9% put education at the top of the issues facing the state, followed by jobs and the economy (66.2%), health care (59.3%) and coronavirus response (53.3%). Housing topped the list for 49.1% of survey participants, followed by the environment at 48.7%, taxes at 48.4% and transportation with 35.6%.

Partisan divides appeared in a number of issue categories, with Democrats rating health care and COVID-19 response higher among their concerns than Republicans — Democrats saw those issues as topping the agenda by 80% and 78%, respectively, while Republicans ranked them with “less urgency,” according to the survey, noting 51% of Republicans saw health care as a critical issue and only 38% placed the state’s COVID-19 response as among the most pressing matters facing the state.

Democrats were also found to be more concerned about housing — 61% ranking it in the highest category of importance compared to 43% of Republicans. (Rapid growth was disproportionately represented among the concerns of those living in the populous Treasure Valley in southern Idaho.) Those numbers were very nearly reversed when it came to taxes: 61% of Republicans ranked that as a top issue, compared to 31% of Democrats.

Unique to this year’s policy survey was the section on the coronavirus. According to Boise State researchers, the majority of those who took part in the survey said they have friends and/or family who have tested positive for COVID-19. According to the responses, 44% had between one and five friends or family members test positive, yet 47% said they had no pandemic-related stress or anxiety.

“While the pandemic may concern Idahoans for a variety of personal reasons, the survey asked Idahoans about three specific concerns for the state: negative impacts on the economy, health and children’s education,” wrote report authors Jeffrey Lyons, director of survey research at the Boise State School of Public Service, and Matthew May, senior research associate at the Idaho Policy Institute.

“People are divided on the most concerning elements of the pandemic, the largest number (38%) list economic impacts as their primary concern, followed by impacts on children’s education (31%), and health impacts (28%),” they added. “Republicans are more likely than Democrats to be most concerned about the economy (46% vs. 21%) and effects on education (37% vs. 23%). More Democrats are concerned about health impacts of the virus than Republicans (52% of Democrats vs. 13% of Republicans).”

Idaho residents were clearly divided on how education should be delivered during the pandemic — 43% said schools should operate via a mix of online and in-person instruction, while 33% said school days should be in-person entirely and 20% said online only would be best. Again, partisan differences were cast in stark relief: 50% of Republicans preferred all in-person instruction compared to 10% of Democrats.

Perhaps surprising, given the political heat surrounding mask wearing, a majority of survey respondents supported a statewide policy mandating face coverings. According to the study, 58% supported a “law requiring masks in public places,” opposed by 41% of respondents. Drilling down, the survey asked participants to rank the strength of their opinions on the issue, with 46% saying they “strongly support a mandate” and 32% standing “strongly oppose[ed] to it.” A full 93% of Democrats supported such a mandate, compared to 39% of Republicans — the latter being opposed by a margin of 59%.

On education, 36% of respondents said their local schools are “good” while 10% ranked them as “excellent.” That’s up from 2020, when just more than 30% would characterize their local education resources as “good” and roughly the same for those who would call them “excellent.” Overall, 27.4% said K-12 education in their area was “fair,” 16.6% said it was “poor” and 9.9% were unsure. Report authors made it clear that both self-identified Democrats and Republicans had similar views, though parents with children in K-12 education ranked the system “good” or “excellent,” compared to 40% among those without school-aged children.

Turning to the state’s $530 million budget surplus, 22.9% of survey-takers said that money should be put toward “helping high-need families of K-12 students with technology course fees, tutoring and special education service.” That was followed by 21.7% who preferred “expanding pathways to careers for our high school students by expanding apprenticeships.”

On criminal justice — a hot button issue in 2020 — Idahoans overwhelmingly prefer rehabilitation for nonviolent criminals by a 71.3% margin. Both Democrats and Republicans favored this approach, with 90% of the former and 76% of the latter saying they preferred education and treatment programs for nonviolent offenders.

Finally, the survey keyed into another high-profile 2020 issue: election security. As maintained by county clerks and elections officials around the state, the vast majority of those who responded to the survey said they had no concerns about the security of Idaho’s elections: 76.1% of respondents said they were not concerned about security, compared to 18.9% who said they were worried and 5% who said they weren’t sure.

Summarizing the survey, its authors wrote: “Despite the unique challenges faced by Idaho in 2020, more Idahoans remain positive about the direction the state is headed than believe the state is on the wrong track. However, challenges remain including a clear division among Idahoans in regard to certain issues including surplus spending and COVID-19. Understanding the attitudes of Idahoans can help inform the choices that lay ahead as leaders and decision makers tackle these matters in 2021.”

Read the full report at boisestate.edu/sps/2021-idaho-public-policy-survey.