Following a decision April 9 by the Idaho Commission of Parole and Pardons to release James and Joseph Pratt after serving 32 years of their respective life sentences, Bonner County Prosecuting Attorney Louis Marshall issued a blistering statement that, “we cannot and will not claim this day is a day where justice prevailed, because it did not.” 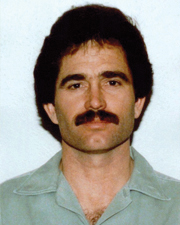 The Pratt brothers had been sentenced to life imprisonment on first-degree murder charges following the January 1989 killing of U.S. Forest Service Officer Brent “Jake” Jacobson in the Smith Creek area west of Dover.

“For those who are new to our area or are too young, this was one of the most heinous crimes that ever happened here in Bonner County or for that matter in the state of Idaho,” Marshall stated.

Jacobson’s death was the culmination of a series of crimes committed by the Pratts, which began on the night of Jan. 11, 1989 when the brothers — wearing black face masks and clothing — broke into a home in Sagle. There they tied up some of the occupants, which included children, with electrical and duct tape while forcing others at gunpoint to gather up the residents’ money.

According to reports, the brothers were only able to come up with $12. However, sheriff’s deputies arrived at the scene of the robbery while the Pratts were still inside the home. At that point, according to court records, Joseph Pratt shot twice but did not kill one of the occupants. The brothers then escaped from the house, taking another occupant hostage.

Attempting to elude law enforcement, the Pratts released their captive and drove off at high speed — exchanging gunfire with a deputy as they fled.

The Pratts managed to drive to the wooded area around Smith Creek, where they made off through the snow on foot, seemingly escaping arrest.

Meanwhile, law enforcement officers, including Jacobson, who had volunteered to assist, searched the area. Jacobson and Sheriff’s Deputy Steven Barbieri ultimately located the Pratts — finding them asleep under a tree. A gun fight erupted when the officers ordered the brothers to surrender, during which Jacobson was killed by a shotgun blast from James Pratt.

The Pratts again fled, later surrendering when they were tracked to an area farmhouse.

Both brothers were convicted in June 1989 of first-degree murder and numerous other felonies, including attempted murder and more than a dozen counts of assault, battery, kidnapping, robbery and burglary.

The state sentenced James Pratt to death and Joseph Pratt to life in person, but that changed in July 1993 when the Idaho Supreme Court ruled the death penalty for James Pratt was excessive, citing a lack of prior violent crime in his record. The brothers were both then to serve out life sentences at the Idaho State Correctional Institution in southern Idaho.

At the time, the Jacobson family was outraged, with his wife stating, “It was like getting kicked in the stomach,” according to an Associated Press report. Likewise, Jacobson’s brother said of the court, “I’m just ashamed of them.”

With the parole of James Pratt, now 61, and Joseph Pratt, 59, Marshall echoed the disappointment expressed by the Jacobson family following the Supreme Court ruling almost 28 years ago, which he described as arising from “a technicality in the law after the trial had long concluded.”

“When you kill a police officer in the line of duty, there should never be an option of parole,” Marshall stated.

Jacobson’s memory has been kept alive in several ways: with a posthumous Idaho Medal of Honor in 2011, on a 2013 memorial to fallen law enforcement officers at the Bonner County Sheriff’s Office and with the naming of “Jake’s Mountain” in the Clark Fork area.

“To the family of Jake and the other victims of these killers I and all of Bonner County law enforcement say God bless you,” Marshall stated. “When you are going by the Sheriff’s Office take the time and stop at the memorial. When you are hiking on ‘Jake’s Mountain’ outside Clark Fork, take time to remember this hero who walked amongst us and died keeping us safe.”