Army Corps: Those ‘in flood-prone areas should take precautions and be prepared for flooding’

Recent heavy rainstorms combined with runoff into Lake Pend Oreille from above average snowpack has raised the flood risk downstream of Albeni Falls Dam, according to a June 15 news release from the U.S. Army Corps of Engineers. The Pend Oreille River will likely stay above flood stage into next week, the Corps stated. 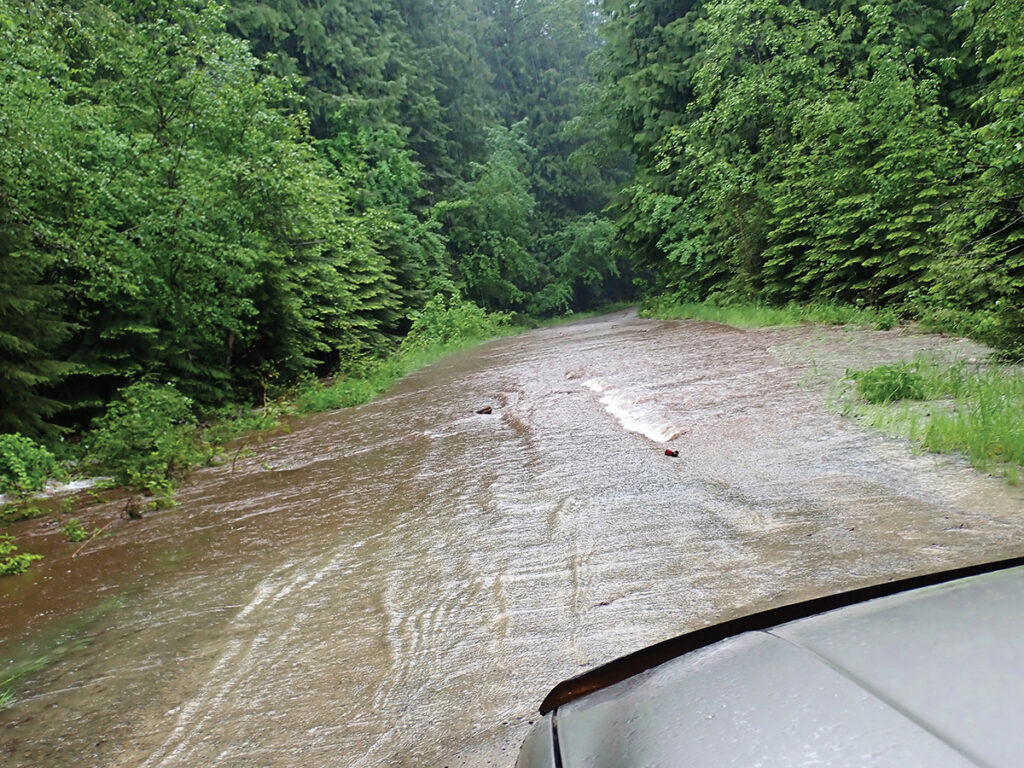 Another storm is forecast for early next week, when outflows may approach the moderate downstream flood category and lake levels could approach elevation 2,063 feet. Albeni Falls Dam is currently reducing Pend Oreille River flows by 20,000 cubic feet per second. However, despite the reduction, areas downstream of Lake Pend Oreille — such as Cusick, Newport and Usk — could be affected by high flows.

The projections are based on the current forecast, which can change swiftly. For the latest modeling forecasts, visit the National Weather Service’s Northwest River Forecast Center website at nwrfc.noaa.gov/rfc.

The dam will remain on free flow until it has been determined that water flows are receding and the flood risk has passed. The USACE Seattle District, which manages dam operations and watches flood risk, is coordinating with local emergency management.

Current snowpack in the basin is about 165% of normal for this time of year. Given the above normal snowpack and another forecasted storm this weekend, people living in flood-prone areas should take precautions and be prepared for flooding. Meanwhile, residents along the lake and river should be prepared for water levels to temporarily rise or fall.

Officials are also advising boaters to watch for additional debris in Lake Pend Oreille due to a breach at the Clark Fork Drift Facility. A 100-foot segment of log boom failed this week, which could allow logs and smaller debris to enter the upper lake. Lake managers are monitoring the situation until high flows lessen and emergency repairs can be made.

Until the breach is fully repaired, boaters are advised to use caution and be alert for logs and debris, which can float just beneath the water.