‘We’re starting out as a tortoise, but slow and steady wins the race’

A volunteer-led organization called Kind Idaho is trying to bring about change in the Gem State’s marijuana prohibition. As of February 2021, Kind Idaho received approval from the Idaho secretary of state to begin gathering signatures across the state, with the goal to put a medical marijuana initiative on the 2022 ballot.

Tracie Carlson, a volunteer coordinator for Kind Idaho based in Hailey, said her lifetime of suffering from migraines made her a proponent of medical cannabis.

“I remember one of my first memories as a child is having a migraine,” she told the Reader. 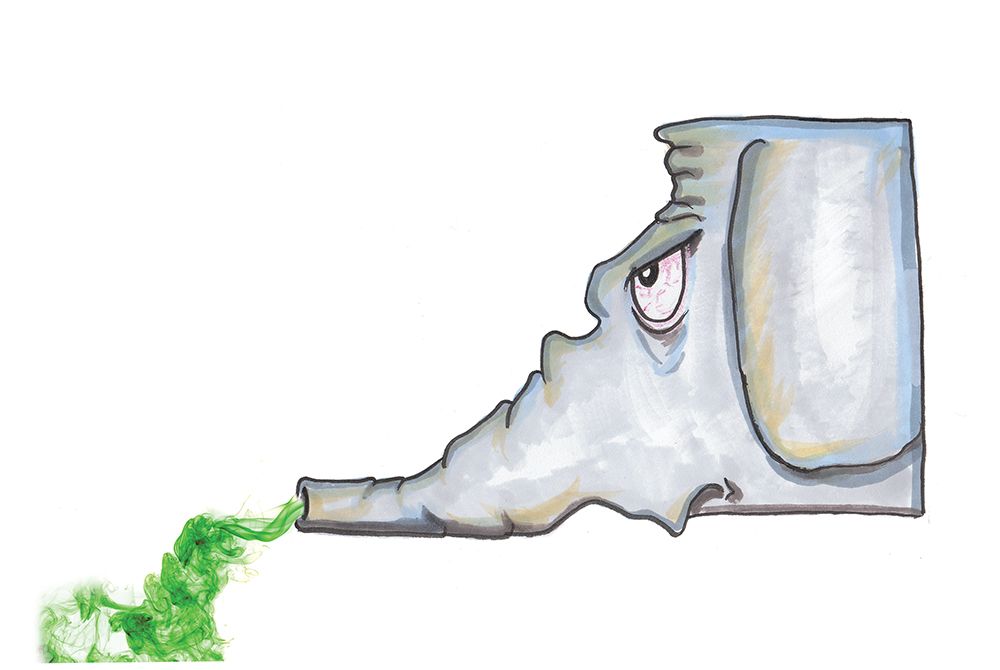 Carlson said she saw several doctors and specialists over the years, some of whom thought she was lying about her pain.

“I was constantly in pain, almost every single day,” Carlson said. “I was prescribed Demerol, and had to travel to Twin Falls to a pain clinic once a month.”

The travel, as well as the effects of her migraines caused Carlson to miss between three and four weeks of work every year.

“My doctor finally said, ‘Have you thought about trying medical marijuana?’” she said. “I tried it in my late teens and early 20s and I wasn’t interested in going back to that, but one day I was so fed up with what Demeral was doing to me, I gave it a try. Oh my God, I had the best relief I’ve ever had. The migraines were able to stay away and not come back.”

Carlson is currently off of all prescription medications, including over-the-counter drugs, and said she also lost 30 pounds.

“I won’t say I got my life back, because I never felt like I had a life before,” she said. “I can’t believe this was always right there for me and didn’t know it.”

Carlson’s story is one of many from Idahoans who have found that the medicinal properties of marijuana have helped them overcome health battles, as well as curbing their usage of opioids and their damaging side effects.

“To me, it’s the most amazing thing that ever happened,” she said. “I was on Demerol, Phenergan, Lorazepam, Norco. None of it was enough.”

Carlson acknowledges that there is a segment of Idaho’s population that believes marijuana should remain illegal for moral reasons. She hopes her story helps prove to them that cannabis wasn’t a “gateway” drug — rather, an “exit” drug.

“For me, medical marijuana has 100% been an exit drug,” she said. “I thank God I’m not dead, because if I had to go back to taking so many prescription drugs, I think they’d kill me.”

To obtain medical cannabis, Carlson — like other Idaho residents — has to travel to a bordering state where it is sold legally. This leaves her open to potential criminal charges, as possession of marijuana in Idaho is still outlawed. Carlson said Idaho lawmakers need to recognize that it’s not a dangerous drug, and that it can be used to help people get their lives back.

“I just don’t feel like the lawmakers care about my health,” she said. “They’d rather have me be doped up on prescription medication that’s a lot stronger than smoking weed.”

The effort to get the initiative on the ballot will likely be an uphill struggle, especially after the Idaho Legislature passed a bill this year that Gov. Brad Little signed into law curtailing the ballot initiative process as well as introducing a constitutional amendment that would make it impossible for voters to pass a ballot initiative to legalize controlled substances in Idaho — which includes medical marijuana.

Rep. Sage Dixon, R-Ponderay, told the Reader he is opposed to legalizing marijuana, but supports citizen-led initiatives as long as they follow the new guidelines.

“I have not read the language of the proposed initiative, so I cannot firmly state whether, or not, I support the proposal,” Dixon wrote in an email. “I have [a] strong aversion to allowing the plant itself to be consumed.”

When asked about bipartisan support for legalization in Idaho — notably among those who lean libertarian — Dixon wrote, “Libertarians normally support the elimination of drug restrictions, so no surprise there. Republicans are a compassionate group and do not like to see people suffer, so I am not surprised that a few are supporting an action that purports to ease the distress of certain individuals.”

Idaho’s resistance to legalizing cannabis is so strong, it is one of two states in the nation where cultivation and transportation of industrial hemp is still illegal. The issue came to the forefront in 2018 when three truck drivers were arrested and charged with felonies for transporting industrial hemp through Idaho. Because hemp contains a microscopic amount of the psychoactive compound tetrahydrocannabinol — though not nearly high enough to produce any mind altering effects — Idaho’s strict adherence to what many observers describe as antiquated laws generated criticism after the truck drivers faced serious charges simply for driving their loads through the state. The felonies were eventually dropped to misdemeanor charges thanks to a plea deal, but the point was made: Idaho is not friendly to marijuana or hemp in any form.

Kind Idaho volunteer Suzette Meyers from Post Falls told the Reader she thinks the initiative is worth the effort to get before Idaho voters. She also believes it has more bipartisan support than meets the eye and stands a good chance of succeeding if it makes the 2022 ballot.

“I’m a stroke survivor and a registered Republican, and medical marijuana gave me my life back,” Meyers said, adding that she underwent a hysterectomy and suffered a pulmonary embolism about five years ago that left her with an opioid addiction.

“I transitioned to medical marijuana in the last four years,” Meyers said. “I was dying from the opioid addiction. Opioids kill people, plant medicine saves lives.”

Meyers said she previously helped lobby for the legalization of medical marijuana in Arizona, where she lived at the time.

“It wasn’t so stigmatized as it is here in Idaho,” she said. “A lot of our base here in Idaho is Christian, and a lot of new rules have come from their churches saying that medical usage is OK now. The Church of the Latter Day Saints’ prophet has even said that your medicine cabinet is your business.”

Along with the health benefits, Meyers said she is appalled to see so much potential tax revenue going to neighboring states.

“When I lived in Arizona, I spent about $7,000 a year out of my pocket for medical marijuana,” Meyers said. “That’s just me. Idaho is missing out on a lot of tax revenue we could put back into our own state.”

Just how much potential tax revenue has been studied over the past couple of years, honing in on one Oregon town where the majority of Boise-area residents travel to obtain their weed.

A Politico story claimed that since Ontario, Ore., began allowing weed sales in November 2018, the city generated an estimated $120 million to $130 million in annual sales, accounting for more than 10% of sales across the entire state of Oregon. Malheur County, where Ontario is located, averaged $2,857 of cannabis per county resident in 2020. By contrast, in Multnomah County, which contains much of Portland, the dispensaries sold only $378 per resident.

Ontario City Manager Adam Brown estimated that Idahoans make 1,600 unique trips across the state border each day to shop at the town’s dispensaries and tax-free box stores such as Home Depot. The boom has led to a significant financial windfall for the city, which took in $1.5 million in tax revenue in 2020 and is expecting to reach $3 million in 2021, accounting for 9% of the city’s $35 million annual budget. Dispensary owners say most of their transactions are with Idahoans crossing the border.

Just a half hour from Ontario lies the town of Huntington, which approved legal sales of cannabis two years earlier than Ontario. The small town soon received $100,000 in tax revenue from a single marijuana shop, accounting for half the 400-person city’s annual budget, according to Politico.

“When I watched what was happening to Huntington, and our city was struggling [and] didn’t have any money, then I became for it,” Tracy Hammond, who owns a home goods shop in downtown Ontario, told Politico.

For Idahoans crossing the state border, returning home with legally purchased weed brings with it the potential for criminal charges, as locals claim to see Idaho police camped out just across the border, ready to pull people over and search their vehicles for illegal marijuana.

Kind Idaho has until April 30, 2022 to obtain the more than 65,000 signatures from around the state that would guarantee the initiative placed on the ballot. Though it seems like a high hurdle, Meyers is confident that it has enough bipartisan support to succeed.

“We will do it,” she said. “We’re starting out as a tortoise, but slow and steady wins the race. We’ll get all of our signatures. We expect the obstacles, but we’ll qualify.”

The organization expects to start getting petitions to North Idaho soon, but asked those interested in participating to follow along at KindIdaho.org. The URL directs to their Facebook page for now, but a dedicated website will be launched soon.