Drink recipes for the people

Before I entered the exciting and glamorous world of small town newspaper publishing, I worked as a bar manager and bartender in Sandpoint (R.I.P., Downtown Crossing). During those wild times, I developed some drink recipes that stick with me to this day. Since we’re still a couple weeks away from bars opening to the public, I thought I’d share some of the fruits of my labor in case you want to wow your roommates with some new drink recipes. 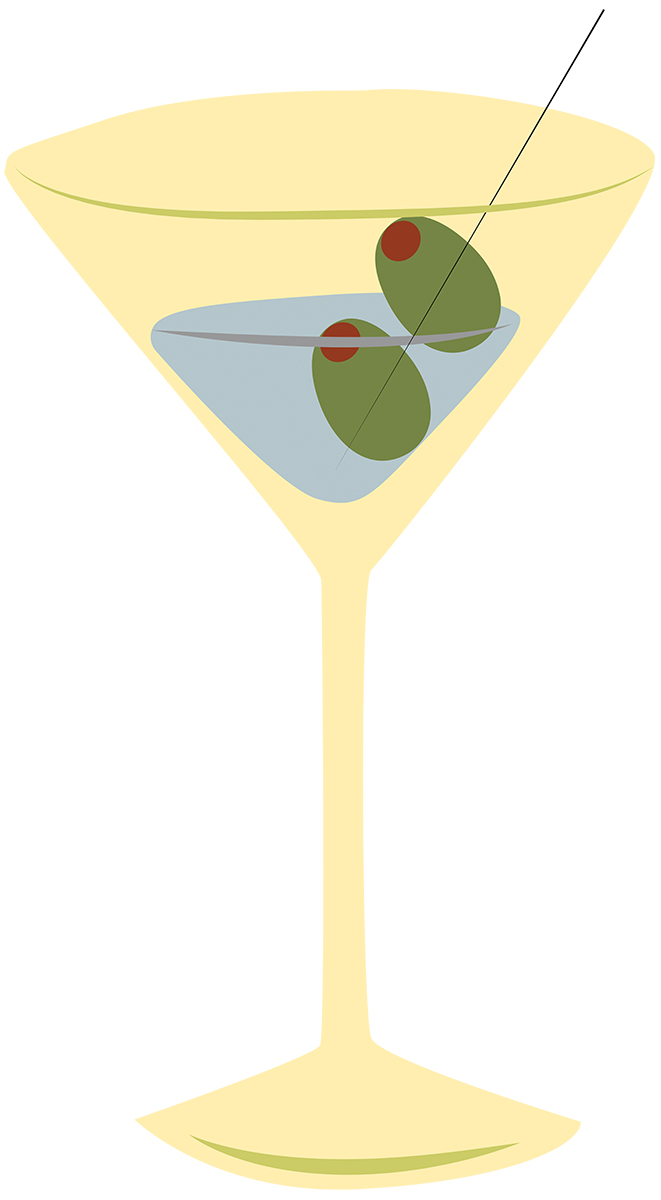 Some of these recipes are my own, but most are variations of other drinks. I’ll try to provide context to outline the best time and place to serve each recipe.

While managing the bar at the Downtown Crossing, I was introduced to Campari, a bitter, blood-red aperitif with a unique flavor that defies adequate description (and formerly drew its vibrant color from the crushed shells of the cochineal insect of South America). Infused with herbs and fruit, Campari smells bitter from the get-go, similar in the way that orange rinds and bitter greens smell. The bitterness is evident at the first taste, but then the notes of sweet cherry and orange tone it down nicely. You can even detect a spicy dollop of cinnamon in the aftertaste. Campari is usually drunk by itself or mixed in cocktails like the Negroni.

I developed the Red Ben by accident, and began ordering it around Sandpoint bars in the late 2000s. There are still some bartenders who remember how to make it — if you give the correct secret knock on the bar — or you can just make it at home.

It’s a great beginning-of-the-night cocktail for people who like something a little less sweet.

• squeeze 2 lime wedges and float in the drink

I developed this recipe with my beautiful girlfriend while camping on the lake one weekend. It’s refreshing, hydrating and delicious. Be careful: some have been known to finish it in one long gulp. By some I mean me, of course.

This is a great recipe to bring camping, and it also makes a great noontime drink on a hot day after working in the garden.

• 3 oz. red wine (zinfandel or cabernet sauvignon are my favorites)

This drink has many different variations, but this version is dubbed the Montana Mimosa because it uses Miller High Life (the “champagne of beers” — see what I did there?).

The flavor is similar to a shandy, which is a mixture of beer and juice. You can adjust the portions to taste.

• Fill the remainder with orange juice

The Vesper Martini (or the ‘Bond Martini’)

This is a martini recipe I learned after reading Ian Fleming’s 1953 book Casino Royale. The recipe was created by Fleming, and is interesting because it combines gin and vodka with dry vermouth. Don’t forget to order it shaken, not stirred. My variation of this recipe calls for lemon and lime peel instead of Fleming’s original recipe, which only called for lemon.

Do you hate the taste of black licorice? If so, you probably won’t like this drink. Ouzo is a dry anise-flavored aperitif that is popular in Greek and Cyprus. Ouzo is made from rectified spirits with a similar anise taste to Sambuca.

It can be comparable to absinthe, and has even been called “a substitute for absinthe without the wormwood.”

When mixed with cold water and ice, ouzo becomes cloudy white — almost with a blue tint. The Ouzo Rocks is great with Greek appetizers such as olives, feta cheese and pita squares.

• 2 oz. Ouzo poured over rocks in a lowball glass

In happier days before the coronavirus, we used to celebrate the conclusion of deadline night with a stop at the 219 Lounge. There is an old rule in publishing (which I just made up): If you don’t baptize the forthcoming issue with booze, it won’t take. Never let it be said that I don’t value traditions (which I make up on the spot).

The following is my standard order at the 219 on deadline nights, which is a variation of a boilermaker. I look forward to the day when we can celebrate the deadline again.