While the borders between states and countries appear definite and bold on maps, there are other lines with absolute disregard for the clear-cut conventions of humankind: rivers.

Just as Canada, Montana and Idaho all share borders — they also share rivers. One in particular, the Kootenay (or Kootenai) River — depending on which international ground you stand — has become a focal point for discussions on cross-border pollution, regulation and responsibility. The pollutant in question is selenium, an elemental byproduct of mining.

The issue recently saw movement in Canadian court, as British Columbia-based Teck Coal Limited stood accused of discharging dangerous quantities of calcite and selenium into area waterways, suffering a $60 million fine for the transgression. The Missoulian reports that the fine, issued due to violations Teck committed in 2012, is 10 times larger than any previous fine under Canada’s Fisheries Act.

“[T]o the Ktunaxa First Nation, whose territory we operate on, and to our communities in the Elk Valley, we deeply regret these impacts and we apologize,” wrote Teck President and CEO Don Lindsay in a statement, detailing the efforts his company has undertaken to improve and monitor the affected watershed. “You have my commitment that we will not waver in our focus on addressing this challenge and working to ensure that the environment is protected for today and for future generations.” 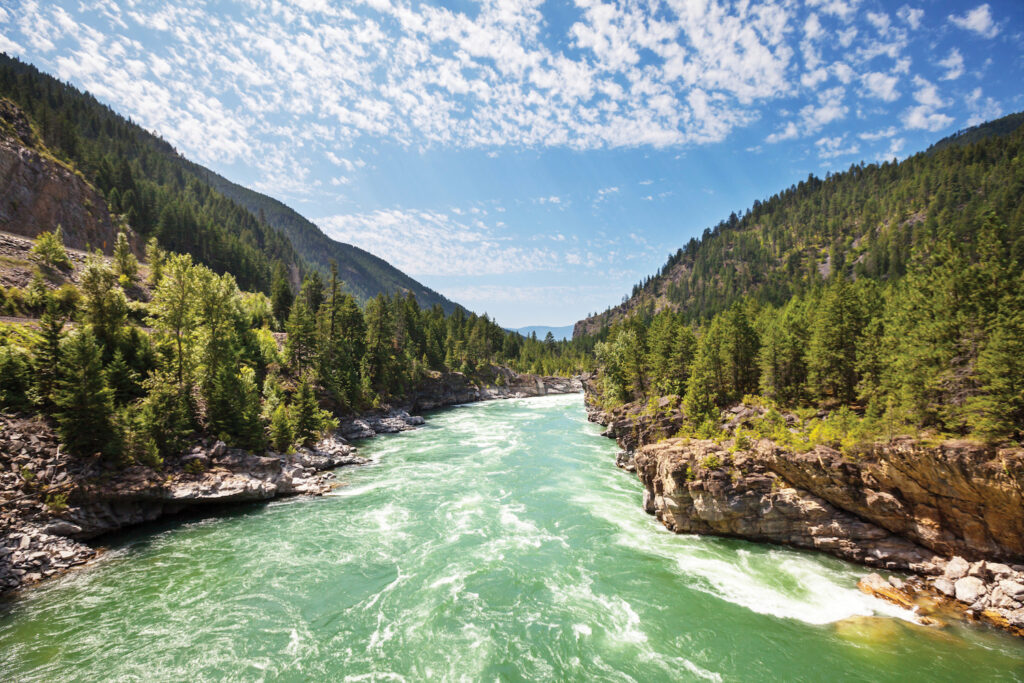 Research suggests that Teck’s pollution, caused by mountaintop removal mining, has already done major damage to fish populations, prompting an array of cross-border parties — from environmental groups to Indigenous tribes — to work together to get ahead of a potentially worsening ecological situation.

Those detrimental statistics have not yet made their way downstream to Idaho, where 66 miles of the Kootenai River flows into the state from northwest Montana and exits at the international border between Idaho and Canada. Stakeholders of the Gem State are keeping tabs on the Idaho Panhandle’s portion of the river, and according to a 2020 report from the Idaho Department of Environmental Quality, the early signs of selenium pollution are starting to surface.

In a 2019 study of nine mountain whitefish in the Kootenai River near Leonia, Idaho, all nine were found to have levels of selenium in their ovaries and eggs exceeding amounts allowed under Idaho law “for the protection of aquatic life.” The state recognizes ovary-egg selenium data as superseding measurements of the element in other parts of the fish, seeing as selenium tends to primarily impact the reproductive system.

“By preventing this pollution from continuously entering the river, we can hopefully prevent those more drastic effects from happening in Idaho,” said Ellie Hudson-Heck, a conservation assistant with Idaho Conservation League. “But in order to do that, we have to act now.”

Idaho and Montana have already taken steps to prevent further international contamination of area waterways. Idaho listed the Kootenai River as “impaired” due to selenium levels under the Clean Water Act in that Idaho DEQ report from last year.

“It’s an official way of saying that the water quality in the Kootenai is not good enough for the fish that live there,” Hudson-Heck said.

Also in 2020, Montana DEQ approved new site-specific selenium standards for Lake Koocanusa and the Kootenai River, adopting the most stringent selenium limits in the country. The Flathead Beacon reported that while the current national standard is five micrograms of selenium per liter of water in a lake or river, Montana’s portion of the Kootenai River is now limited to 3.1, and Lake Koocanusa to 0.8 micrograms per liter, in direct response to the damage caused by Teck’s operations.

These policy changes are steps in the right direction, Hudson-Heck said, and integral for catching the attention of the International Joint Commission: a regulatory body made up of both Canadian and U.S. officials, which is in charge of finding resolutions for international water issues. The IJC is charged with enforcing the Boundary Waters Treaty, which, according to Hudson-Heck, “was designed to prevent transboundary water quality issues exactly like the ones we’re seeing in this watershed.” The IJC is overseen by both the Canadian and American federal governments.

While Teck paid fines for its actions in 2012 and has publicly committed to investing in water treatment, “scientists say there isn’t any proven evidence to show the process is reversing or even stabilizing contamination trends at the U.S.-Canada border,” according to the Beacon. ICL is currently urging people to contact the U.S. Department of State to request activation of the IJC in order to bring all parties — federal, state, provincial and tribal — to the table for a discussion about mitigating selenium pollution.

Kootenai Tribe of Idaho Chairman Gary Aitken, Jr., told the Reader that the tribe’s efforts to protect the Kootenai River stem from the tribe’s belief “in a Covenant with the Creator.”

“When we were placed here on this land, the Creator told us that this land is here for you, it will take care of you, as long as you take care of it forever,” he said, adding: “All the restoration that we do is in that spirit.”

He said the work to suppress selenium is just one aspect of the tribe’s ongoing restoration efforts for the river, which is home to the endangered Kootenai River white sturgeon — a species especially susceptible to selenium pollution, according to Hudson-Heck.

She said that the “detrimental processes” occuring in Canadian fish populations due to selenium pollution are a glimpse “into the future of what might happen in Idaho.” Hudson-Heck added that there are already “signals” — such as the 2019 whitefish egg data — that selenium is making an impact on the Kootenai River in Idaho, meaning that those processes witnessed in Canada are getting closer to home.

“We can’t wait until we have a population die-off because of selenium to get ahead of that,” she said.