The law is on hold as court determines its constitutionality

A bill that bans transgender girls and women from participating in girls’ and women’s sports has quickly spread to more than 30 statehouses across the country after originating in Idaho.

Sponsored by Rep. Barbara Ehardt, R-Idaho Falls, the bill originated in the form of House Bill 500 during the 2020 Idaho legislative session. The Republican supermajority that controls the Legislature passed it, and GOP Gov. Brad Little signed it into law. 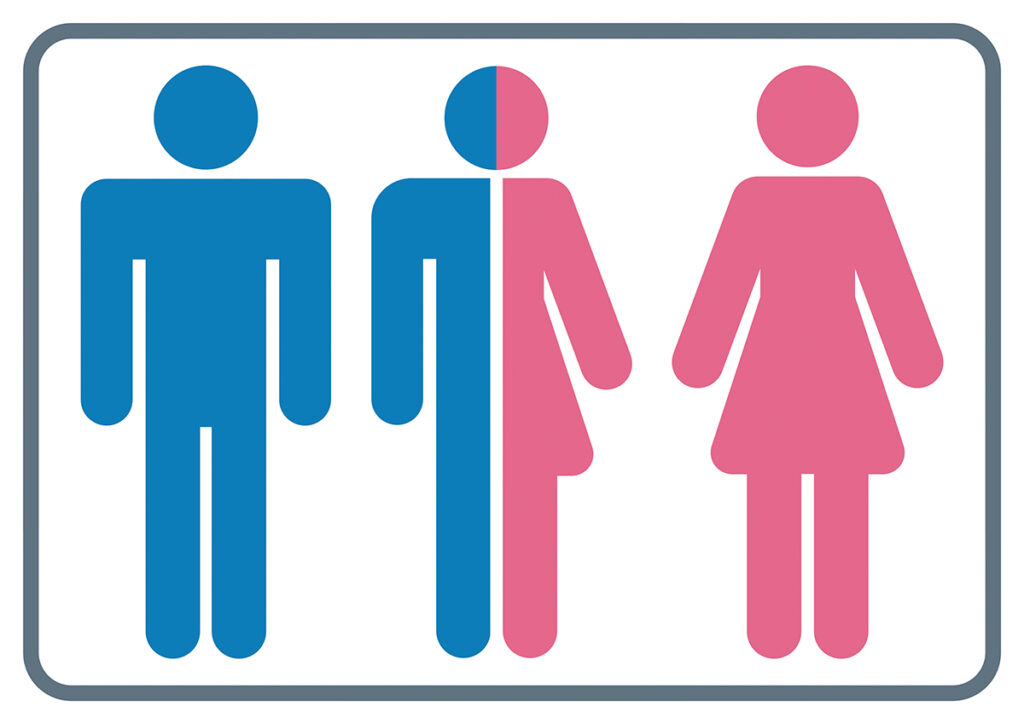 While states across the U.S. have picked up a version of the bill this year, U.S. District Court Judge David Nye issued an injunction last summer putting Idaho’s law on hold while a lawsuit over the constitutionality of the law plays out.

Hearings are expected to resume in U.S. District Court in May.

Ehardt, a former Idaho State University basketball player who coached at Cal State-Fullerton, Brigham Young University and Washington State University, said the bill is about protecting opportunities for women to play sports and preserving gains made under the federal Title IX law. Without it, Ehardt said students who are assigned male at birth but identify as a woman would be able to take women’s spots and dominate competition.

“There have been many women who paved a path forward for me, most of whom I never even knew,” Ehardt said in a March 24 telephone interview. “I felt it was incumbent upon myself to do the same for girls and women to follow.”

But opponents say the bill discriminates against transgender women and could subject young student athletes to invasive physical examinations if their assigned sex at birth is challenged.

“Unfounded stereotypes and false scientific claims led to the passage of HB 500 and are embodied within it,” ACLU Idaho and Legal Voice wrote in an April 2020 lawsuit over the Idaho law.

“In short, HB 500 is entirely unnecessary, was prompted by a campaign targeting transgender and intersex persons and can be explained only as impermissible and baseless discrimination.”

Chelsea Gaona-Lincoln said it has been hard to watch the bill pass in Idaho and advance to other states. Gaona-Lincoln is the Idaho programs manager for Legal Voice, a nonprofit Northwest firm working for equality and the protection of rights for the LGBTQ community and women.

Gaona-Lincoln said these bills and bans create a standard of othering and erasure against young people who are just trying to belong and find a supportive home in sports and at school.

“That erasure is so deeply painful and so deeply troubling,” Gaona-Lincoln said in a telephone interview. “You can’t legislate people out of existence, but you can create a lot of harm in doing that.”

Gaona-Lincoln ran unsuccessfully for the Idaho House as a Democrat in Canyon County in 2020.

Ehardt said she came up with the basics of the idea that became HB 500 in 2018 when she heard about high school state track meets in Connecticut that two transgender girls won.

“I thought that was wrong; biological boys should not compete against biological girls,” Ehardt said. “I realized if we don’t do something about this, we all see where this is heading.”

Ehardt, who was first appointed to the Legislature in December 2017, contacted the Idaho Legislative Services Office for help drafting her idea into bill form. She said it was one of the first bills she began working on.

At first, Ehardt said she couldn’t figure out how to get the bill off the ground. Then she said she began reaching out to as many as 12 to 15 conservative groups focused on “traditional family values” for help and direction.

“I contacted somebody at the [Alliance Defending Freedom] and the one thing they helped me find is there was a path forward through the Idaho Legislature,” Ehardt said.

One of the original roadblocks Ehardt faced is she didn’t think the Legislature could write policy for the Idaho High School Activities Association, which is a private group. But she said somebody at the Alliance Defending Freedom found House Bill 632 from the 2012 legislative session, a law that set out new concussion, head injury and return-to-play protocols that applied to middle school, junior high or high school sports, including those overseen by the Idaho High School Activities Association.

That precedent, Ehardt said, was her foot in the door and ticket forward.

At that point, Ehardt reached back out to the alliance’s legal counsel to look it over and suggest alterations.

“That’s where the Alliance Defending Freedom decided to get involved and help craft some better legislation,” Ehardt added.

Ehardt credited the Alliance Defending Freedom with helping spread the bill they worked on together from state to state via model legislation, where the substance of a bill remains the same, but certain language — such as the name of the state — is changed.

The Alliance Defending Freedom is an Arizona-based 501(c)(3) nonprofit that focuses on advocacy, training and funding legal cases. According to its website, it focuses on the issues of “religious freedom, sanctity of life and marriage and family.”

“Since the election of President Trump, ADF has become one of the most influential groups informing the administration’s attack on LGBTQ rights,” SPLC officials wrote in their file for the alliance.

The alliance’s website has a tab devoted to fairness in women’s sports promoting “a large collation of athletes, legislators, governors, attorneys general form 14 states and many others [that] have been honored to stand up for women’s sports in courts and legislatures across the county.”

State legislators across the country have reached out or worked with the alliance for guidance and have used Idaho’s law as a template for their own bills, Sharp said.

“You see the Idaho law really being used as a model that other states have taken, usually verbatim,” Sharp said. “To put that on their books sometimes you have to adjust to comply with a particular state’s code and how they phrase things.”

Alliance for Defending Freedom is involved in the Idaho lawsuit, Sharp said. ADF is also involved in lawsuits in Connecticut stemming from the track meets that Ehardt said inspired her bill in the first place.

Ehardt is also supporting the bill’s passage in other states.

This year, she said she traveled to Montana and South Dakota to testify in favor of similar bills in those states. Ehardt also testified or has plans to testify in front of several other state legislatures remotely, she said.

When she travels to testify on those bills, Ehardt said she doesn’t expense the trip to either state’s taxpayers.

“It’s not state money,” Ehardt said. “Pro-family groups, both times, paid for it. From that state.”

The Idaho Capital Sun requested Idaho legislators’ travel and expense reports for the 2021 session in March and found Ehardt did not expense any of her out-of-state trips. She declined to name the specific groups that covered her costs.

In each case, Ehardt said somebody reached out to her and asked for testimony; she said she didn’t proactively reach out to legislators in other states.

South Dakota’s Legislature passed a similar bill to Idaho’s in March. Although the bills themselves are different, the key section of Idaho and South Dakota’s bills are similar.

Idaho’s HB 500 reads: Athletic teams or sports “shall be expressly designated as one of the following based on biological sex:

Athletic teams or sports designated for females, women or girls shall not be open to students of the male sex.”

South Dakota’s HB 1217 reads: any athletic team or sport “must be expressly designated as being:

3. A coeducation team or sport.

A team, or sport designated as being female is available only to participants who are female, based on their biological sex, as verified in accordance with subsection 13-67-2.”

Both bills also have the phrase “fairness in women’s sports” in the title of the legislation.

What is model legislation and who uses it?

Jaclyn Kettler, an assistant professor of political science at Boise State University, said using model legislation or form legislation is one tactic advocacy groups and policymakers on both sides of the political aisle use to share legislation between states.

In simplified terms, model legislation could be thought of as a generic bill template where a few words or legal citations could be swapped out and the real substance of the bill could be dropped off at a statehouse in Idaho, Iowa or Ohio for introduction.

A proliferation of stand-your-ground laws a few years ago was one example of model legislation, Kettler said.

The transgender athlete bans are the latest.

It can be extremely difficult for the public to tell if bills originated via model legislation or if they came about more organically. One tool political scientists have been using is anti-plagiarism software that will flag matches in different bills across different states. Kettler said this is becoming easier as technology advances.

In hindsight, there were plenty of signs Ehardt’s bill, controversial as it is, was about to blow up on the national stage.

“It’s been pretty exciting and very gratifying to see something I started working on in the fall of 2018, to see that start to come to fruition, obviously not just in Idaho, but in so many other states,” Ehardt said.

This story was produced by the Idaho Capital Sun, an independent, nonprofit online news organization delivering in-depth coverage from veteran Idaho reporters on state government and policy. The Idaho Capital Sun is part of States Newsroom, a national nonprofit funded by tax-free donations in 22 states. Learn more at idahocapitalsun.com and statesnewsroom.com.