Environmental groups won yet another victory in the fight against proposed oil export terminals after Washington Gov. Jay Inslee rejected its permit. 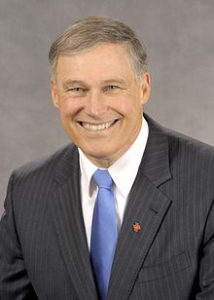 “The Council has thoroughly examined these and other issues and determined that it is not possible to adequately mitigate the risks, or eliminate the adverse impacts of the facility, to an acceptable level,” Inslee wrote. “When weighing all of the factors considered against the need for and potential benefits of the facility at this location, I believe the record reflects substantial evidence that the project does not meet the broad public interest standard necessary for the Council to recommend site certification.”

The decision is a win for environmental groups that opposed the terminal, which was slated to process 360,000 barrels of oil per day. Sandpoint organizations were among those to mobilize opposition against the proposal. According to Idaho Conservation League Associate Matt Nykiel, the plant would have passed four full oil trains and four empty oil trains through town per day. Nykiel said Idaho Conservation League and other organizations were concerned the additional traffic would increase the risk of an oil tanker derailing in or near local waterways, a potential ecological disaster.

Nykiel credited his predecessor, Susan Drumheller, with organizing local opposition to the terminal. In 2016, Drumheller mobilized a local group to speak against the terminal at a public comment opportunity in Spokane. According to Nykiel, that kind of citizen activism was vital in putting a halt to the project. 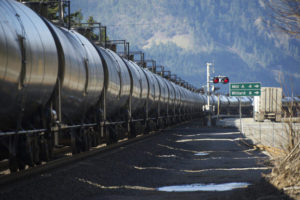 “It’s not every day that the general public wins out against an oil company,” Nykiel said.

That’s especially notable given that, as Inslee noted, the project was “unprecedented both in its scale and the scope of issues it raised.”

“While this process has demonstrated that this particular project is wrong for this particular proposed location, I am confident that our ports will continue to play an important role in regional trade, and providing opportunities for jobs in clean energy,” he said.