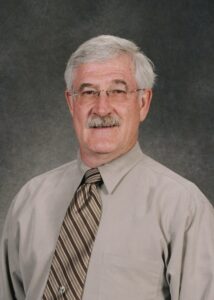 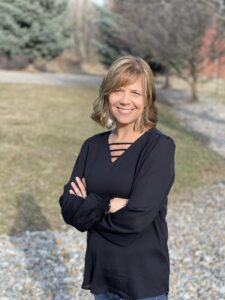 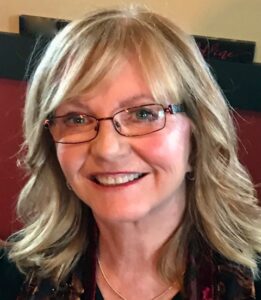 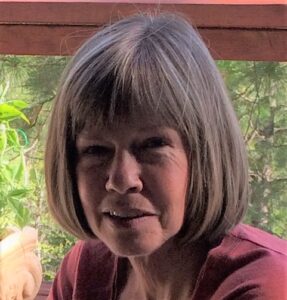 Meanwhile, the private election on May 11 for NLI District 4 resulted in a win for incumbent David Pemberton, who garnered 538 votes, or 79%, to challenger Thomas Fletchers’ 143 votes, which amounted to 21%.

According to Bonner County Clerk Mike Rosedale, who oversees the Elections Department, overall turnout for the May 18 election came to 28.9% of the 30,812 registered voters county-wide.

“This is a little more than I thought we were going to get,” he told the Reader on May 19, noting that the library and hospital trustee races — both of which are for six-years terms — turned out to be the hottest on the ballot, followed by the WBCSD levy.

“It was a very meaningful issue for the West Bonner County levy and they got the vote out there,” he said. “It was slim but significant enough that there’s no question.”

The library and hospital board elections turned out to be uncharacteristically politically charged, with signs and other campaign materials appearing around the county promoting slates of candidates apparently based on partisan affiliation.

Both the Bonner County Democratic and Republican central committees made known their preferred candidates, with the former endorsing Asche and Flint for library board, Lawrence and Parsons for hospital board, Pemberton for NLI District 4 and “yes” on the West Bonner levy. Flyers also went out purporting to be an “official sample ballot” supporting “Bonner County’s True Conservatives — Recommended Conservative Candidates” Glass and Jessie Peters for hospital board, Jalon Peters and Rose for library board, Fletcher for NLI District 4 and “no” on the special revenue bond.

“The most interesting thing about this election is that signs showed up in lots of places — in totally legal places — but a lot of people don’t like seeing their opposing issues out in the public,” Rosedale said, adding that his office received “lots of complaints about seeing signs and flyers and banners.”

“For being a nonpartisan election, it was as partisan as a presidential election,” he said.

Much of the heat generated in the board of trustees elections centered on the library’s COVID-19 face-covering policy, which drew several protests over the past year and spurred sometimes acrimonious testimony at the library board’s meetings. That policy is due to expire on June 1, per current CDC guidance lifting almost all recommended face covering or social distancing recommendations for fully vaccinated people.

Jalon Peters and Rose both keyed in on the mask policy as indicative of infringement on individual liberties and part of a wider argument that the library board only represented a minority of the area population with a liberal-progressive bias.

As Rose stated to the Reader in its May 13 election guide, “The current board represents the minority of the community and has shown they will bend to them. The library will face future pressures to surrender to cancel culture. It will be subtle at first, but we cannot allow this to creep in and take hold in Bonner County.”

Jalon Peters stated that, “People should have the right to choose what is best for themselves and their family without some bureaucrat or board member mandating something that is outside the supreme law of the Constitution. Without personal liberties we have no corporate liberties.”

In a statement to the Reader on May 19, Jalon Peters thanked those who voted for him, writing, “I am humbled to have so much support. … Thank you to the incumbents for your time and dedication. I wish you good luck in your roles.

“I love my country and county, and I want to continue to be a part of helping it succeed,” he added. “I am competitive so losing is not easy, but I am glad for the opportunity to run for this position. My family and I are going to stay connected and continue to look for ways to help make changes where necessary. Thank you all! You made the journey enjoyable!”

The hospital board election didn’t draw quite as much controversy, but still incorporated some pointed rhetoric about financial transparency (or the lack thereof, according to challengers) and “reduc[ing] the fear that has been generated” surrounding COVID-19, as Glass stated in the Reader’s May 6 election guide.

Lawrence, also in a post-election statement to the Reader, wrote, “I am thankful for all the help the community gave to the election. I am happy with the results as our hospital has done well through COVID. I am confident we can continue to expand our medical care in our three clinics.”

Digging deeper into the election results reveals some distinct trends rooted in the larger partisan geography of the county. In the library board race, Asche and Flint had their strongest showings in the populous Airport, Baldy, Beach, Humbird and Washington precincts — in which both candidates were no more than seven votes apart. The Washington Precinct alone delivered Asche 541 votes and Flint 538, and spurred the single largest number of votes (1,349) for a 40.22% turnout.

However, Jalon Peters and Rose both prevailed in their races elsewhere in the county: Careywood, Cocolalla, Colburn, Edgemere, Kelso, Southside and Westmond. What’s more, Rose bested both Asche and Flint in Laclede, drawing the most votes of any candidate with 79; and beat Asche by one vote, 129-128, in the Selle Precinct.

The hospital board race presented a nearly identical precinct-by-precinct accounting, with Lawrence and Parsons handily winning in Airport, Baldy, Beach, Humbird and Washington — in those precincts no more than eight votes apart. As with the library contest, the biggest turnout came in the Washington Precinct, delivering 543 votes for Lawrence and 550 for Parsons.

Of the hospital board challengers, Jessie Peters mounted the most successful campaign, winning her race in Careywood and Cocolalla; coming out as the top vote-getter in Colburn, followed by Parsons; winning in Edgemere and Kelso; and again earning the most votes of any candidate in Southside (again followed by Parsons) and Westmond (followed by Lawrence).

Berreth won her race in Edgemere and Kelso, while Glass won in Careywood and Cocolalla.

Overall, the Washington Precinct, covering south Sandpoint, emerged as the single strongest base of support for the incumbents, while the Edgemere Precinct, encompassing areas along Hoodoo Creek south of the Pend Oreille River and west of U.S. 95, was far and away the greatest center of votes by sheer number for board challengers, as well as opposition to both the revenue bond and West Bonner levy.

“It was great to have those co-located,” he added. “We get great facilities, better parking.”

As for whether those co-locations will continue into the future, Rosedale said it’s uncertain.

“This is always a work in process and politics is a changing thing,” he said. “Depending on the climate we’ll have to ebb and flow with different polling places as we go forward.”

In the meantime, Rosedale reiterated the need for poll workers, who can be as young as 17.

“Calling all young people: If you like Sandpoint, if you like Bonner County, and you want to stay here, that is a fantastic way to get to know people,” he said. “You’ll get to see everybody in your neighborhood and attach a name to a face up to four times a year.”

The canvas of the May 18 results will take place at 9 a.m. on Thursday, May 27 in the third floor meeting room of the Bonner County Administration Building (1500 US-2 in Sandpoint). To view all the election results, visit the Bonner County Elections webpage at bonnercountyid.gov/departments/Elections.