Idaho sewage treatment plants are not making the grade

When you flush your toilet, the contents don’t magically disappear. Sewage gets cleaned at a sewage treatment plant operated by your city and then discharged to your local river. Along with public safety and roads, sewage treatment is a critical function of local government.

Idahoans love to fish and swim in the many rivers and lakes in our state, so sewage treatment plants are absolutely vital to protecting human health and water quality. Imagine how you’d feel about your kids wading a creek with poorly treated sewage in it. 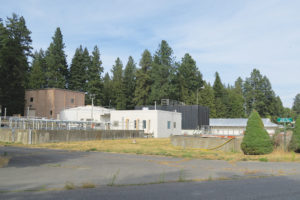 The city of Sandpoint sewage treatment plant on the shores of the Pend Oreille River near Memorial Field. Photo by Ben Olson.

These violations are serious and can harm human health. Pollutants like E. coli can cause severe illness, and mercury can render fish unsafe to eat. Excess phosphorus can cause increased algae growth, which depletes oxygen levels in water and harms fish. Ammonia and chlorine can be lethal to fish.

The Idaho Conservation League recently released a report that reviews the discharges from these facilities. What we found shocked us. In the last three years, only 19 percent of treatment plants in Idaho operated without violations; 81 percent had discharges that violated their permit limits.

Performance here in the Panhandle was mixed. Four cities had perfect records: Dover, Emida, Hayden and the Kootenai-Ponderay Sewer District. Kudos to them — this excellent performance is no accident. It takes dedication to keep Idaho’s rivers clean. But one of the 10 worst-performing facilities in the entire state is here: Plummer with 105 violations. Sandpoint had 13 violations and Coeur d’Alene had 6. Not terrible, but not good enough. Bonners Ferry had only four violations.

While no discharge violations are acceptable, some facilities are failing much worse than others. The 10 worst-performing facilities in the state were responsible for nearly half of all of the violations.

You can download our report: bit.ly/idahosewagereport and review the details for the city where you live.

Consider calling your elected officials to talk about this issue. You may want to thank them for prioritizing clean water near you, or you may want to express concern about the performance of your local wastewater treatment plant.

We Idahoans love to swim, fish and play with our kids in rivers. Keeping our water clean is a priority — it’s a core value that we all share, and it’s a responsibility that we all share in. Municipal sewage treatment plants are on the front line in protecting our rivers and our health. Achieving perfection is not easy, but when it comes to protecting our families from polluted water we should accept nothing less.

Justin Hayes is the program director for the Idaho Conservation League – Idaho’s leading voice for conservation. With offices in Boise, Ketchum, and Sandpoint, ICL works to protect the water you drink, the air you breathe and wild places you and your family love.