For the second time in his so-far single four-year term, former-President Donald Trump weathered an impeachment trial, being acquitted Feb. 13 by the U.S. Senate on a 57-43 vote — 10 shy of the two-thirds majority of 67 needed to convict.

Trump’s impeachments centered on national security, both foreign and domestic: His first trial in December 2019 revolved around alleged influence peddling with Ukrainian political leadership intending to destabilize his opponent in the 2020 election, now-President Joe Biden, and the second focused squarely on the attack by a pro-Trump “Save America” rally mob against the U.S. Capitol that intended to overturn by disruption and violence the certification of Biden as the 46th president of the United States.

Congress acquitted Trump both times, though he stands as only the third president to face charges on “high crimes and misdemeanors.” 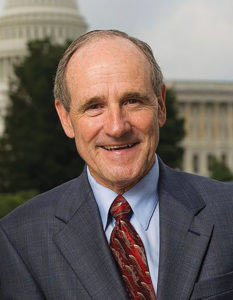 Presidents Andrew Johnson in 1868 and Bill Clinton in 1998 had previously been the only chief executives to suffer the ignominity of such a trial — the former for alleged abuses of power amid the so-called “reconstruction” of the South following the Civil War and the latter for alleged sexual misconduct with a White House intern. No president has ever faced two impeachments during their time in office.

After five days of impassioned argument — and not a little acrimony between House impeachment managers and the ex-president’s counsel — seven Republican senators bucked the GOP party line, put forth the day before the vote by Senate Minority Leader Mitch McConnell, R-Ky.: Because Trump is no longer president, he cannot be tried for impeachment under the U.S. Constitution.

Yet, the Republican Senate leader said in a blistering after-trial speech from the Senate floor that despite his vote to acquit Trump, he believed the former-president had “fed [the mob] wild falsehoods” about the legitimacy of the 2020 election — claiming dozens of times that it had been “stolen,” despite more than 60 court cases finding no substantial irregularities — which had emboldened rioters to use “terrorism to stop a specific piece of democratic business they did not like.”

As the House managers vividly put forth during the trial, that “terrorism” included the desire, armament and proximity to commit acts of mass violence. Hundreds of investigations are ongoing related to what the House termed an “insurrection” against the Capitol, with many participants — including Sandpoint man Michael Pope, and his brother William, the latter who was arrested by the FBI in Kansas — facing charges ranging from disorderly conduct to disruption of official proceedings to trespassing and more.

Josiah Colt, of Boise, also made international headlines with his “fist pump” captured by numerous social media, news and security cameras as he occupied former-Vice President Mike Pence’s seat in the Senate — which he mistakenly assumed was California Democratic House Speaker Nancy Pelosi’s. Pelosi was a target of especial ire by rioters, who vandalized her offices even as they chanted “hang Mike Pence.” Those involved in that incident are also facing federal charges. 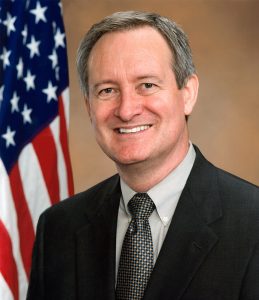 The video presentations by House managers portrayed a level of violence that shocked and sickened even those who experienced the attack — many who were unaware how close they came to bodily harm at the hands of the rioters, some of whom went so far as to erect a gallows on the Capitol grounds. Yet, as prosecutors argued, Trump did little to quell the unrest, waiting hours on Jan. 6 to issue a statement. When he did, the former-president told the insurrectionists to, “Go home. We love you,” while doubling down on his baseless claims of election fraud.

Meanwhile, lawmakers, Capitol staffers and police had been under violent siege — along with his own vice president — fearing for their lives. Five people, including rioters and police, lost their lives during the Jan. 6 assault, with hundreds more injured.

“Former-President Trump’s actions preceding the riot were a disgraceful dereliction of duty,” McConnell said, though while casting doubt on the House’s accusation that Trump “incited” the mob added, “There is no question that President Trump is practically and morally responsible for provoking the events of that day.

“The people who stormed this building believed they were acting on the wishes and instructions of their president,” he said.

Sen. Lindsey Graham, R-S.C., appeared on “Fox News Sunday” a day later, Feb. 14, telling hosts, “I think Sen. McConnell’s speech, he got a load off his chest, obviously, but unfortunately he put a load on the back of Republicans. That speech you will see in 2022 campaigns.”

Idaho Sens. Jim Risch and Mike Crapo were among the 57 who voted to acquit Trump, both echoing McConnell’s constitutional argument in prepared statements Feb. 13, but declining to the Sandpoint Reader to comment further on his after-trial remarks — specifically whether they agreed that Trump, while constitutionally protected from indictment as a private citizen, was still “practically and morally responsible for provoking the events of that day.”

According to Risch: “The purpose of the constitutional authority of impeachment is to remove the president from office. The person Democrats attempted to impeach was no longer in office. The United States Senate has no jurisdiction over a private citizen and thus impeachment was and is impossible.

“It’s time we stop the political hate and vitriol and move forward wiser and stronger just as America has countless times before.”

According to Crapo: “This week’s trial was unconstitutional. The House’s impeachment proceeding blatantly violated established guarantees of due process. Furthermore, the plain text of the Constitution limits impeachment to current civil officers of the United States, specifically stating that, ‘The President, Vice President and all civil Officers of the United States, shall be removed from Office on Impeachment for, and Conviction of, Treason, Bribery, or other high Crimes and Misdemeanors.’ Both by text and by precedent, the Constitution does not allow impeaching private citizens — even those who formerly occupied federal office. Private citizens are subject to accountability for their actions under our legal justice system. We must not dismiss the foundational tenets of our Constitution, particularly in the heat of the deep divisions we face in America.

“The violent, despicable acts of Jan. 6 have shaken our republic to its core and must not go unpunished. Investigations, arrests and court proceedings are already underway for those responsible, and law enforcement and the National Guard are vigilant in maintaining order on Capitol Hill and elsewhere in our country.”

Asked by the Reader for its reaction to the impeachment trial and McConnell’s statements, specifically, the Idaho Republican Party responded, via Idaho GOP Director of External Affairs Tyler Kelly:

“The IDGOP believes this second impeachment trial, like the first, is a waste of taxpayer money and Congress’ time. The actions on Jan. 6 were abhorrent, and they will always be condemned. We stand with Idaho’s federal delegation who unanimously voted to acquit President Trump. While Democrats continue living in the past, Republicans are focusing on the future and that future is actively defending our rights against the newly-elected Democrats and their socialist, big-government policies.”

For his part, Trump — now breaking his silence in the weeks following his suspension from social media platforms Facebook and Twitter and refusal to attend both the Biden inauguration and his own impeachment trial — has taken several shots at McConnell, who for much of his term in office served as a loyal ally.

“Mitch is a dour, sullen, and unsmiling political hack, and if Republican Senators are going to stay with him, they will not win again,” the ex-president wrote in a Feb. 16 statement. “He will never do what needs to be done, or what is right for our Country. Where necessary and appropriate, I will back primary rivals who espouse Making America Great Again and our policy of America First. We want brilliant, strong, thoughtful, and compassionate leadership.”