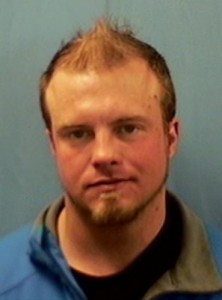 According to an ISP press release, the arrest took place 6:26 p.m. Friday after officers stopped Erickson’s 2005 Ford F15 truck traveling westbound near Post Falls. The Coeur d’Alene Police Department and Kootenai County Sheriff’s Office assisted in the arrest. A citizen tip is in part to thank for the arrest, the press release said.

The bank robbery took place Tuesday, at which point, local police released a description for a suspect between 5 feet 6 inches and 5 feet 8 inches tall, with a stocky build and dirty blonde hair. Authorities also confirmed the suspect’s vehicle as a newer Ford four-door pickup, white or cream in color and bearing out-of-state plates. Law enforcement released security camera images taken during the robbery, which may well have contributed to the arrest. [CR]