For comedian Phillip Kopczynski, storytelling lies at the core of making people laugh. More than that, it’s telling honest stories that has helped him earn a reputation as one of the hardest working road comics in the Pacific Northwest.

“That’s really the artform of stand-up in a lot of ways, is just being honest,” he told the Reader. “Whether you’re a one-liner or whether you’re a storyteller, you’re still trying to find some form of honesty.”

The Spokane-based comedian will bring his honest brand of stand-up to the Panida Theater on Saturday, Feb. 12 at 8 p.m. as part of the Phillip Kopczynski and Friends stand-up comedy show, also featuring Harry J. Riley, Ryan McComb and Rob Wentz. 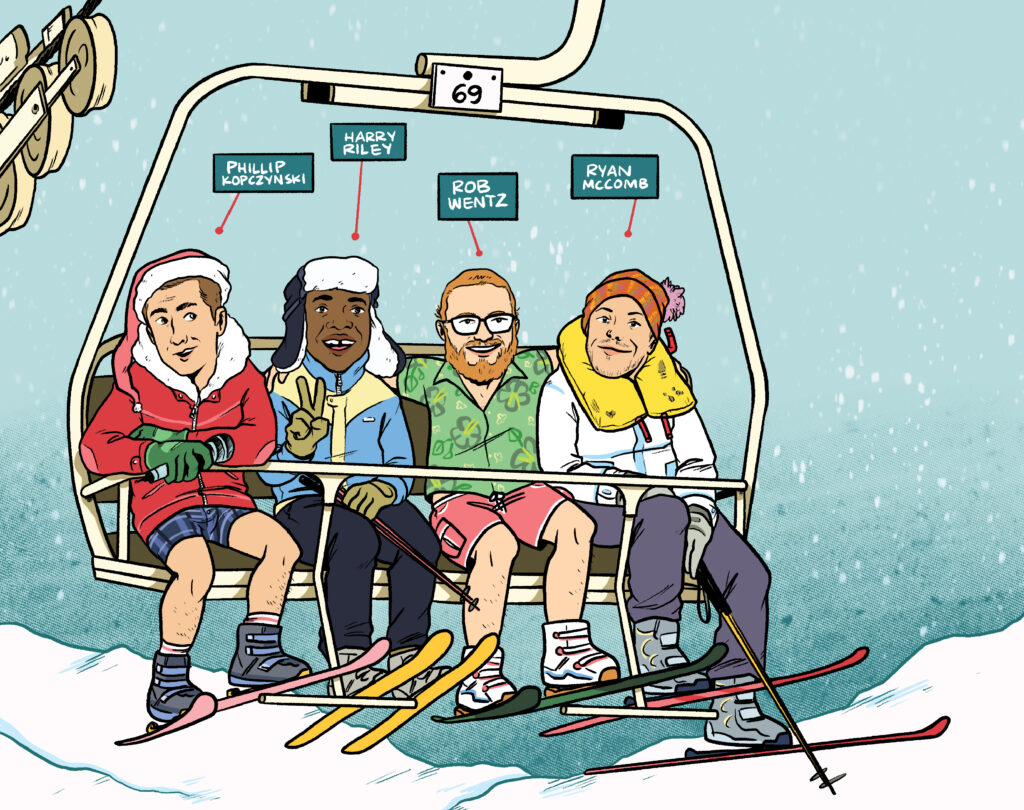 Family life tends to inform most of his latest content, Kopczynski said, noting that his teenage kids inspire a lot of his comedy.

“It is a lot of me just trying to capture some last memories with them [at home],” he said, adding: “I’ve been married for almost 20 years now, and that’s kind of an oddity in the world of road comics.”

The three comics joining Kopczynski at the Panida will bring their own backgrounds and experiences with them as part of their acts, highlighting what Kopcyznski describes as one of the greatest appeals of stand-up: variety.

“I probably never would have met these three guys if I wasn’t a stand-up comic,” he said, noting that Wentz is a recent Sandpoint High School grad who has been “doing really well in stand-up” on the regional circuit.

“We’re all coming from … different walks of life. Most people, after they’re settled in life, end up hanging out with people who look like them and come from the same demographic and socioeconomic background,” Kopczynski said. “Most people look at their group of friends and they all fit the same Facebook algorithm. But when you’re in stand-up, you’re part of a wild tapestry of people, which I like a lot.”

Despite that variety in background, one thing tends to tie stand-up comics together, according to Kopczynski, but it’s hard to define what exactly that is.

“Once you get to know people, something happened that’s weird for them,” he said. “Each person is different, but it seems like a lot of stand-ups just want to tell a story to some extent — something unique that’s in their background, and it’s worth it for every stand-up to explore that.”

Looking ahead to the Panida show, Kopczynski said he hopes North Idahoans will seize the opportunity to “laugh with your neighbors.” It’s a hope that Panida Director Veronica Knowlton shares.

“The Panida gives our community an opportunity to spend an evening laughing, and creating new memories with family and friends,” she told the Reader. “We are a place to gather and disconnect from other outside pressures and responsibilities, even for a few hours.”

When he first started doing stand-up shows after the initial COVID-19 pandemic shutdown in 2020, Kopczynski said he was able to witness just how valuable that chance to disconnect from everyday stresses could be.

“You just saw the release,” he said, adding that rather than complimenting him on the content of his comedy, most people at recent shows have thanked him for simply making them laugh. “The ultimate hope is that people can have a release of whatever stress they’re dealing with, or just use it as a bonding experience with the people they’re with, and the community they live in.”

Doors open at 7:30 p.m. and the show starts at 8 p.m. Tickets are $20 early bird at panida.org, or $25 at the door. Theater capacity is limited to 450 guests. The Panida Theater strongly encourages all guests to wear a mask, regardless of vaccine status, while enjoying performances. Find Phillip Kopczynski on social media or visit phillipkopcomedy.com to see clips of the comedian’s past performances.