It’s one of the iconic works of the English language. It’s among the most-performed plays in theater. And it’s coming to Sandpoint.

Following up on the run-away success of its “Macbeth” production, theater company Unknown Locals is bringing William Shakespeare’s “Hamlet” to the Heartwood Center for two weekends of live performances. The show brings together some of Sandpoint’s best-known theater talent for an unforgettable take on Shakespeare’s famous tragedy. 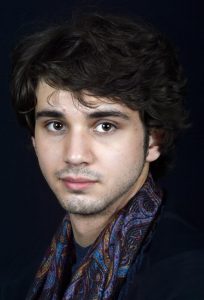 Unknown Locals’ “Hamlet” production is directed by Michael Bigley, who helmed “Macbeth” last year. The production was an action-packed and visceral take on Shakespeare’s famous tale of treachery, guilt and vengeance. Bigley enlisted local martial artist Cory Repass to train the actors in intricate fight choreography, resulting in a bloody, dynamic vision of “Macbeth” instantly familiar to any “Game of Thrones” addict. “Macbeth” surpassed expectations, requiring the crew to set up overflow seating due to high demand.

“It was a very good problem to have,” said Elliott.

Unknown Locals hopes to continue that success with “Hamlet,” a project that brings its own unique challenges. Unlike “Macbeth,” with its many battle scenes and murders, “Hamlet” is a more cerebral, moody play driven by dialogue. As such, it requires a subtler hand to draw in audiences.

“With ‘Macbeth,’ Michael spent a lot of time on choreography and action,” said Unknown Locals co-founder Chris Herron. “With this one there’s comparatively little action but they rehearse for much longer.”

Fortunately, the production has a dynamic actor to play the critical lead character. Jeremiah Campbell, a rising star in the local theater community, takes on the role of the prince of Denmark, and with it a dizzying number of dialogue lines. Unknown Locals producers are pleased with the casting decision. 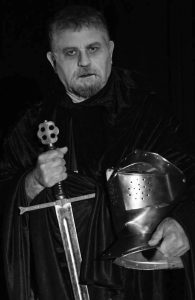 “He’s one of—if not the most—talented and genuine actors I’ve seen,” said Elliott.

Already an experienced actor at a relatively young age, Campbell has turned in impressive performances in “The Rocky Horror Show” and “Macbeth” among many other local productions. In that time, Herron said he’s shown extraordinary range as a actor, as well as an ability to change tone, mood and emotion like flipping a switch on or off. “Hamlet” is a play that Campbell is especially attached to, so the creative team was thrilled to cast him in the title role.

“We’re all expecting big things from Jeremiah, so I really am glad we have the opportunity to work with them as much as possible,” Elliott said.

Audiences can expect a play as brooding and intense as “Hamlet’s” reputation, especially in the climactic duel once again choreographed by Repass. But it’s also a surprisingly funny production. With the cast fleshed out by several talented comedians, Elliott said the actors know how to bring the joy as well as the sobriety out of the Shakespeare classic.

“It’s going to be a very entertaining show,” she said.