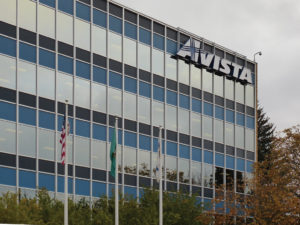 The Spokane-based utility provides electricity and gas to the vast majority of North Idaho residents — including the city of Sandpoint — and in its most recent IRP is considering retiring its ownership stake in the coal-fired Colstrip mine and power plant in eastern Montana.

According to Idaho Conservation League Association Matt Nykiel, who addressed the council, “Where Avista gets its electricity from in the next 20 years will determine how much or how little we’re impacting our air quality, our water quality and our climate.”

Avista is required to revise its IRP every two years, looking 20 years ahead to model how demand for power in its service area will change and how to meet it. With Colstrip, two other utilities have already pulled out of the four-unit power generating operation — including operator Talen Energy and Puget Sound Energy, which exited the partnership ahead of a scheduled shutdown in 2022 because of diminished returns. That has left Avista shouldering more of the costs associated with Colstrip, which may result in ratepayers bearing more of the burden.

Nykiel told the Reader that groups like ICL are encouraging Avista to mitigate that risk by investing in wind resources in Montana — especially as the wholesale prices for renewable energy have been “dramatically reduced in the last three years.”

“If you can stop paying to clean up all the coal ash and associated waste products that come from coal energy and transition to something like wind, Idahoans stand to save money,” he said.

According to Nykiel, the Colstrip facility is the biggest source of greenhouse gas in the Western U.S., and Avista has “completely reversed its analysis” of the cost-to-benefit ratio of the facility since 2017. The plan considers retiring Colstrip by 2025, yet, “it’s not a done deal that the plant will retire,” he said. That’s where the public hearing comes in.

Recognizing that “Sandpoint is just about as far as the IPUC would ever need to travel in Idaho,” the letter to the Public Utilities Commission stated that “there are some issues that are so vital to a community’s future that it merits the time, attention, and meaningfulness that comes from meeting folks where they are. We hope you will agree that Avista’s 2020 Electric IRP is one of these issues.”