City and Festival hit with another legal suit vs. no-weapons policy

It has been the better part of a year since Bonner County filed a lawsuit against the city of Sandpoint over the no-weapons policy at The Festival at Sandpoint, yet the case remains unsettled. Delayed and rescheduled for reasons ranging from the judge falling ill to the county amending its complaint to the ongoing COVID-19 pandemic, motions for summary judgment from both sides in the suit are set to go before Kootenai County District Court Judge Lansing L. Haynes at a hearing Friday, June 19, to be held via video conferencing platform Zoom.

While that suit may be nearing its end, another has been filed naming the city and The Festival as defendants. 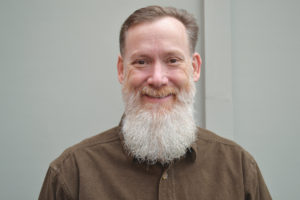 As with the county’s suit, Herndon, et al. v. City of Sandpoint, et al., argues that the city and The Festival broke the law by prohibiting firearms on publicly owned War Memorial Field, which the nonprofit rents for two weeks each August to present its concert series.

According to Idaho law, no municipality may regulate firearms on public property. Yet, the city argues that it has imposed no such regulations, and the policy comes from The Festival, empowered by its lease agreement for the field. The new complaint, filed in district court on May 29, contends that because the city has no power to regulate firearms on public property, it can’t convey that authority to a third party via a lease agreement.

“It was always my intent at the outset to attempt to persuade the city and The Festival of the view of the law represented by our complaint,” Herndon told the Sandpoint Reader in an email.

The issue first came to forefront in August 2019, when Herndon and Avery approached The Festival gates and attempted to enter while carrying firearms. They were told to secure their weapons in their vehicles before entering, but when they refused — challenging the legality of the weapons prohibition — they were turned away by security with Sandpoint police and then-City Attorney Will Harrington on hand, where they engaged Herndon and Avery in a discussion regarding the policy.

Following an exchange of letters and emails between Herndon, the city and Festival organizers, the Bonner County Board of Commissioners entered the fray, along with Sheriff Daryl Wheeler, who filed suit asking the court for a declaratory judgment on whether the city could empower The Festival via a lease agreement to ban firearms from the premises.

According to Herndon, “we did not achieve a satisfactory resolution last fall via our email and mailed communications, [and] it became our determination to seek a remedy in the judicial system.”

However, he added, “We did not ask the county to take on any such responsibility, and when they made an independent decision to do so, it seemed most reasonable to us to wait to see how their suit proceeded.”

That was how the situation held, with ISAA President Greg Pruitt — who did not respond to the Reader’s request for comment for this story — visiting Sandpoint in late September 2019 to talk about fundraising for a legal fund to bring a separate suit. At that time, he and Herndon both said they would wait for resolution in the county’s suit to pursue another action, but when the county amended its complaint at the beginning of the year, repositioning its argument to center on public safety and putting Wheeler’s department at the center of the complaint, Herndon said the core arguments were lost and standing in the case became muddied.

“We liked their initial complaint, but I disagreed with their more recent direction contained in their amended complaint and subsequent affidavits,” Herndon told the Reader, adding in a separate email that he took issue with the notion that the case turned on the standing of Wheeler and the Sheriff’s Office requiring clarification of the weapons policy in order to enforce any possible arrests stemming from violation of The Festival’s weapons ban.

In the amended complaint, which triggered another delay in the case, the county argued that Wheeler couldn’t arrest or detain anyone for breaking The Festival’s policy without knowing whether that offense was a violation of state law, and — in its affidavits — mused about the possibility of masses of armed individuals showing up to The Festival gates to protest the policy and such protests potential for violent “affrays.”

“I am not personally interested in the ‘affrays’ and demonstrations described in affidavits filed in the county’s case (my knowledge is only of those described in the media by [Tosh] Lanquist [of Kootenai County] and [Steve] Wasylko [of Sandpoint]),” Herndon wrote, referring to a motion for summary judgment filed in late April that contained declarations from Lanquist and Wasylko that should the court fail to rule one way or the other in advance of the now-canceled 2020 Festival, they and many others would gather at the event in armed protest.

At the time, Wheeler called the potential for a gun demonstration “a match in an incredibly dry area.” Bonner County Commissioner Dan McDonald wrote in an email to the Reader in May: “Wouldn’t wisdom dictate that we look to avoid this kind of conflict altogether by getting a formal declaratory judgement?”

Herndon, meanwhile, said that he and Avery have much clearer legal standing in the case — being the individuals turned away from the concert because of the no-weapons policy, and filing a separate suit means “our team does not have to attempt to explain my standing to the court and can simply focus on the core legal issues raised in our complaint.”

“Jeff and I were always the aggrieved parties most directly affected by the weapons ban, and so we always had the best legal standing for a suit,” he wrote. “I think that our complaint better captures the core issues and will ensure that adjudication happens on the core issues and with the parties that were actually involved.”

Amid ongoing litigation with the suit brought by the county, Sandpoint City Administration Jennifer Stapleton told the Reader in an email that the city had not yet been served with any formal complaint from Herndon and company.

“Just as with the case of Bonner County filing suit against the city over The Festival at Sandpoint’s policy to ban weapons at Memorial Field, the city is learning that a suit may have been filed via social media. We have not, as of this time, been served with papers,” she wrote, adding that, “The only additional statement we have is that the city of Sandpoint does not have a policy banning guns on city-owned property nor does it restrict guns at War Memorial Field.”

Likewise, Festival organizers said they could not comment, as they had not yet seen the complaint.

In a Facebook post, ISAA President Pruitt wrote that he was “frustrated that the county filed when a private entity was willing to do it.”

When asked how the new suit differs from the county’s ongoing action — which has so far racked up legal bills amounting to more than $100,000 in combined expenditures to the county and city — McDonald, responded: “I don’t know. I’m not a party to their suit and don’t know why they would replicate what we have already started. You would have to ask them.”

As for the timeline on the new action, Herndon couldn’t say.

“I appreciate that we are at the time in this process to avail ourselves of the Judicial branch, which is its very purpose in our form of government,” he wrote.