Idaho Gov. Brad Little played coy with callers at an AARP Idaho tele-town hall Aug. 18 when he said legislative leaders “haven’t made that determination yet” regarding a special session of the Legislature to address COVID-19, but pulled a switcheroo on Aug. 19 when his office issued a proclamation setting the date for such a session to convene on Monday, Aug. 24.

Only three special sessions have been called in Idaho since 2000, but the extraordinary stresses and issues brought on by the COVID-19 pandemic have made one necessary. 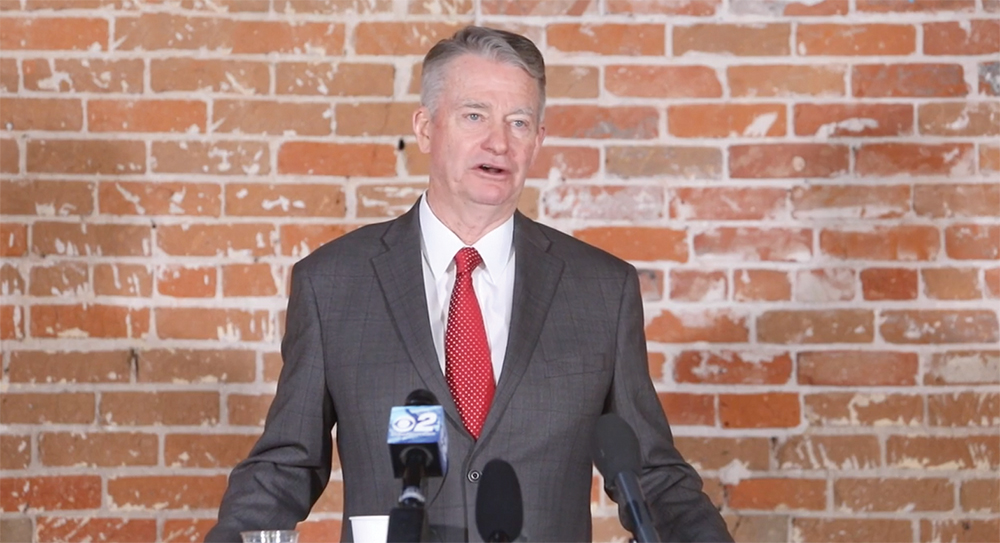 “Special legislative sessions by their very nature are intended to deal with time sensitive issues that require immediate legislative action and cannot wait until the general session in January,” Little stated in the announcement.

Those “time sensitive issues” are the smooth running of the November general election amid the ongoing pandemic and changes to civil liability rules that would provide a range of legal protections for various public and private entities during a declared emergency.

The proposed legislation enables counties to establish special locations that are equipped to issue appropriate ballots, record voters’ information and receive fulfilled ballots — much like a traditional polling place, however, “vote centers” would be able to serve eligible voters from any precinct in the county.

Counties must notify the secretary of state at least 30 days prior to implementing a vote center. As with traditional polling places, no electioneering would be allowed.

In addition, a handful of amendments to elections code are proposed, including a provision that absentee ballots requested by uniformed and overseas voters will be sent no later than 45 days before an election and no later than 30 days for all other valid absentee voters — provided those requests are received at least 45 days and 30 days, respectively, prior to the election.

Both the new code section and amendments are set to expire on Dec. 31 and apply to any elections run prior to that date.

“Consistently I’ve said, ‘We want to make sure that the people that vote feel safe going to the polling stations; how we do our absentee voting in Idaho … and that will be the issue,” Little said Aug. 18.

The civil liability reform proposal has proved stickier for legislators to grapple with.

After much procedural wrangling — which Blanchard Republican Rep. Heather Scott called a “cluster” on Aug. 17, according to Boise State Public Radio — lawmakers will consider a new section of Idaho Code that would provide legal immunity for “a person” (defined as, though not limited to, an individual, business, organization or government entity) from “good faith” actions, or the lack thereof, related to addressing or mitigating a specifically “coronavirus-related pandemic or epidemic.”

That immunity would not apply if actions or omissions “constitute an intentional tort or willful or reckless misconduct,” or if a person “fails to make a good faith effort to comply with a statute, rule or lawful order of a government entity in effect at the time.”

That said, noncompliance with guidelines or recommendations alone can’t be used to establish civil liability — provisions in the section are only applicable if they are “the proximate cause of injury to another.”

The proposed section, which is null and void on July 1, 2023, goes out of its way to withhold immunity from the People’s Republic of China, “its proxies, agents or affiliates related to any cause of action wherein the transmission of COVID-19 is a material fact.”

Little determined that only the elections and civil liability legislation would be considered in the special session, scheduled to begin at 10 a.m., Aug. 24 in the Statehouse, leaving proposals related to public health district authorities and education funding for the general session in January 2021.

While underscoring his constitutional power to call a special session, Little did not establish for how long lawmakers will meet in Boise, though the announcement pointed out that one or two days is the traditional duration.

“We owe it to taxpayers to pull off a swift and successful special legislative session,” Little stated.