The U.S. Navy’s most advanced nuclear attack submarine will be named after the Gem State

A keel-laying ceremony has been scheduled for the U.S. Navy’s newest and most advanced nuclear attack submarine, which will bear the name USS Idaho (SSN-799). General Dynamics Electric Boat will conduct the ceremony on Monday, Aug. 24 at its shipyard in Quonset Point, R.I.

The submarine Idaho is the 26th ship of the Virginia class and the fifth Navy ship to bear the name of the Gem State. The last ship commissioned as the USS Idaho was more than 100 years ago in 1919. The New Mexico class battleship USS Idaho (BB-42) saw service in World War II and played a key role in the Battle of Iwo Jima. 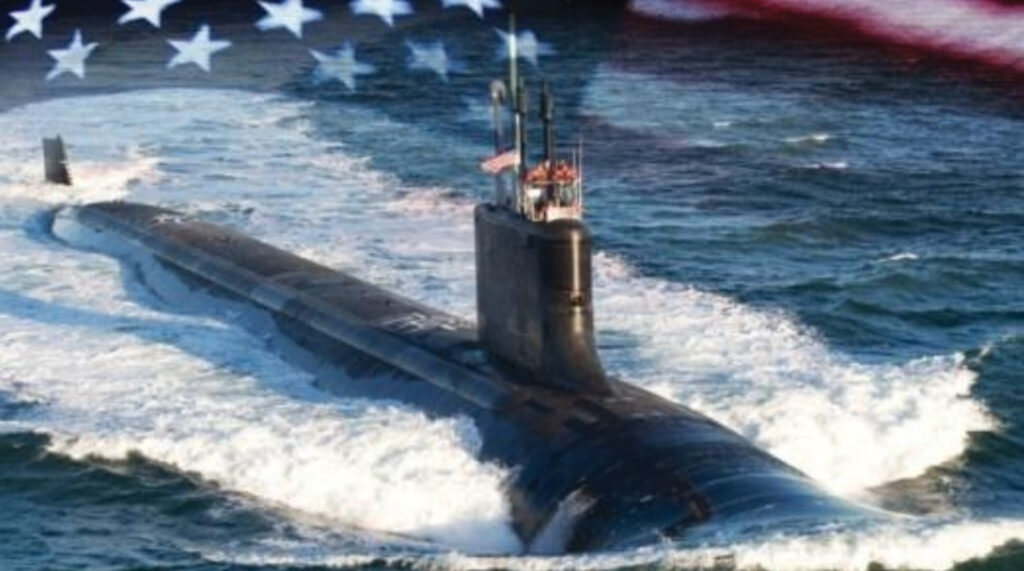 Meanwhile, development of the Virginia class of submarines is rooted deep in the deep waters of southern Lake Pend Oreille. Retired U.S. Navy Capt. Richard Colburn, who serves as the chairman of the USS Idaho Commissioning Committee, told the Reader that the first Virginia class submarine was demonstrated and tested at the Navy’s Acoustic Research Detachment based in Bayview.

The Large-Scale Vehicle II (Cutthroat) was a quarter-scale version of a Virginia class submarine that operated in Lake Pend Oreille in the early-2000s. At the time, the Cutthroat was the world’s largest underwater autonomous submarine vehicle and during its operations in the lake provided the opportunity to test out a range of technologies that have since become standard to the high-tech military platform.

“We’re trying to make sure that everybody understands how critical of a role Bayview has played in the development of the Virginia class program,” Colburn said.

He added that an upshot to the fanfare surrounding the USS Idaho has been “rediscovering a lot of the [naval] history that Idaho has.” For instance, Colburn said, much of the development of the United States’ nuclear-powered underwater vessels has its origins in the Gem State, with large-scale research and development occurring in the Arco area of southeastern Idaho. For a time, almost half the training for nuclear submariners and staff took place at the former artillery proving ground in the high desert.

Former Idaho Gov. Dirk Kempthorne, who also served as U.S. Interior secretary for President George W. Bush, will represent the USS Idaho Commissioning Committee as the chairman of its advisory board and the state of Idaho.

“This is a unique opportunity to have a ship of the line named in honor of the great state of Idaho,” Kempthorne said. “Idaho has a rich naval history that spans the entire state from Camp Farragut in northern Idaho to Naval Reactors Facility at the Idaho National Lab. In fact, much of the acoustic technology on the future USS Idaho was developed on Lake Pend Oreille at the Navy Research Facility in Bayview, Idaho.”

Added current Gov. Brad Little: “There is a strong tradition of honor and service in the state of Idaho, and it makes me proud this naval ship will bear that name.”

Colburn said the USS Idaho’s keel laying is akin to a groundbreaking ceremony, with christening of the vessel expected in early 2021 and commissioning in early 2023.

A live webcast of the Aug. 24 ceremony will be available starting at 7 a.m. (PST) and accessible at gdeb.com/news/events/keel_laying/Idaho.