Going back to The Garden

This month marks the 50th anniversary of a musical, cultural, social and political event that has acquired mythic status over time. Nearly two generations have passed since those three days in August 1969, during which nearly half a million people gathered at Max Yasgur’s dairy farm in upstate New York. 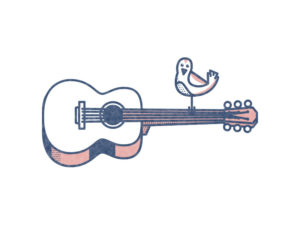 The world was watching to see how so many young people could come together in one place and demonstrate the mantra of peace, love and understanding.

Over the past five decades, North Idaho has become home for some Woodstock alums, including Jim Akers, Christine Holbert, Ed Katz, Christine Owens, Gloria Ray, Joey Renk and Tom Tillisch. This article tells their story in their own words.

GETTING THERE: ‘I came upon a child of God… going on down to Yasgur’s farm’

Gloria Ray: At the time of Woodstock I was living and working in New York City. I wouldn’t have chosen to go, but my boyfriend was super enthusiastic about the event. He talked me into going. We met up with two friends, and the four of us rode in one of the chartered buses from Manhattan.

Christine Owens: In 1969 I was a 19-year-old small-town California girl and college student. I took the summer off, and my girlfriend and I decided to drive across America to the East Coast in my little MG. I ended up in NYC, got a job and found a place to live in the East Village. There was a lot of hype about Woodstock in the City. … We did not have tickets or places to stay. We just planned on sleeping in the van or on the ground and figuring it out when we got there.

Jim Akers: I was in the military at the time and going to the Army’s signal school at Ft. Monmouth in New Jersey. I frequently took the bus to NYC where I would hang around Greenwich Village and listen to the music. I am pretty sure that I saw posters for Woodstock in the City. So, I got a weekend pass and headed north. I took the bus to NYC and started hitching from there.

Ed Katz: I lived in Sullivan County, where Woodstock was held. … Unique to my experience is that I went with my dad. He was a decorated WWII veteran in the Pacific Theater. He was very hip and an amateur musicologist.

Tom Tillisch: I was working in Army intelligence in Washington, D.C., in 1969. Earlier that year two friends and I did some late-season skiing in New Hampshire. On our way back to D.C., via New York, we heard about Woodstock on the radio. The three of us decided to purchase tickets for the weekend and drove up on Thursday [Aug. 14] in my Buick Skylark.

Christine Holbert: I grew up in upstate New York and in 1969 I was a precocious, music-loving 16-year-old hippie girl. … I had just gotten my driver’s license, and I told my conservative Ukrainian parents that I was heading to a Ukrainian youth camp in the Catskills. … The photographer for whom I was modeling was hired to take still photographs of the musicians backstage, and before the concert he promised to get a press pass for me. He did indeed have a press pass for me and told me to have fun, but to check in with him occasionally. Thursday afternoon was sunny and beautiful. People were happy and excited for the music to start. We realized that something significant was happening.

Joey Renk: I was 12 years old at the time and attending a camp on White Lake that was about a mile from the festival in Bethel. I do remember that many of the counselors disappeared over the weekend. … I remember hearing music whenever I went down to the lake.

BEING THERE: ‘We are stardust, we are golden’

Akers: By the time I got to Yasgur’s farm, there was no attempt to restrict access and everyone just walked in. … A most memorable moment on Friday evening [Aug. 15] was after dark and one of the guys told everyone to light a candle, lighter or match, and to hold it up. It was stunning: this big, dark hillside with hundreds of thousands of little lights in a big arc.

Holbert: The concert organizers, early on, decided to make it a free concert. There was no way to collect tickets or money. There were too many people to check and the barrier fencing had been torn down anyway. Food became scarce, but the Hog Farm, a commune from California, set up a huge outdoor kitchen and began feeding everyone who was hungry.

Katz: Since my dad had an artificial leg, we agreed that I would head on and set up camp. … I left him by the crossroads and hiked to camp. The next morning I found my dad almost where I had left him. I am not sure if my dad slept that night. He was so enthralled talking to young people. Musically, Santana smoked the place. I liked the Fish cheer. Joe Cocker was new, and his version of “A Little Help from my Friends” moved the crowd. And Hendrix’s “Star Spangled Banner” — wow!

Holbert: Oh, the performers were great. I liked the Band, Richie Havens, Jimi Hendrix and Janis Joplin the best. And there were some sweet moments backstage. Rose Stone of Sly & the Family Stone missed her 2-year-old daughter, so the organizers had the child flown up from NYC in a helicopter. And performers were given a tent behind the stage area so they could rest or nap. Not needing his tent, John Sebastian, of the Lovin’ Spoonful, gave it to me so that I could rest if I wanted to.

Akers: After a night of rain and lightning, I remember Wavy Gravy from the Hog Farm getting up on stage the next morning. He was saying that in our instant city of half a million a couple of babies had been born, and there were no murders or violence of any kind. We all felt quite virtuous!

GOING FROM THERE: ‘And we’ve got to get ourselves back to the garden’

Katz: Not many things since compares with those three days of fun and music. … Because I attended Woodstock with my dad, I had a unique experience since he was one of the few people his age there. My dad … did several D-Day-like beach landings until he lost part of his leg stepping on a landmine on Leyte Island [Philippines]. I tell this because he often said that Woodstock was a much more profound experience for him than getting blown up.

Owens: I feel blessed to have been 19 at Woodstock. … I fear for the 19-year-olds today who may never get to experience that kind of unity, caring, safety and hope. The idea of half a million people together again in this world is terrifying when it is unsafe to even go to school or worship together.

Holbert: [W]e felt we could change the world. I don’t feel that way much anymore, even though I try to make the world more livable through the arts — especially poetry. I’m still trying; but, back then, it seemed like we could accomplish wonderful things.

Renk: [T]hat young, ungainly, tween camper listening to music waft across a lake ended up living with Wavy Gravy and the Hog Farmers in California for four years in the ’70s. I got to help with the paperwork needed to fund Seva, a nonprofit organization to prevent blindness in Third-World countries. We acted as the Please Force at many events, such as benefit concerts and art festivals. My life as a Hog Farmer stretched my concept of the world. One learns peace and tolerance when living like a sardine with 40 hippies.

Tillisch: I walked away from Woodstock with the realization that a significant number of concert goers would not be going to work on Monday. … Woodstock triggered an important shift in my values — from a view of military life with its rules and regulations to acting according to one’s conscience.

WOODSTOCK AT THE PANIDA THEATER

If you missed the event in 1969, or didn’t exist at that time, 88.5 KRFY is offering a free showing of the 1994 director’s cut of the film “Woodstock” at the Panida Theater on Friday, Aug. 16, at 7 p.m. That Friday will be exactly 50 years to the day from the festival in 1969. The free showing is KRFY’s “thank you” to the North Idaho community for its love and support. So, wave your freak flag, don your colorful hippie clothing and celebrate the love, fun and music at the Panida.