In places like Bonner County, it’s not uncommon for long-time teachers to have two generations of students in their classrooms over the years. 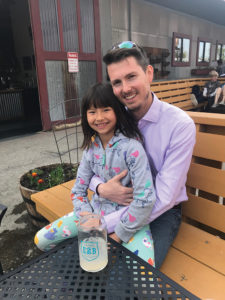 Liam and Elena Orton, a
father-and-daughter pair of Mason’s past students. Photo by Lyndsie Kiebert.

Such is the case for Liam Orton and his 7-year-old daughter, Elena, who both attended Cynthia’s Preschool and Kindergarten — Liam in the early ‘90s, and Elena in 2017 and 2018.

Both agreed that Cynthia Mason, the school’s teacher, is special. In Elena’s words, “She’s nice. She cares. She loves kids.”

Liam said he valued Mason’s warm, caring approach to education, prompting him to enroll Elena at the school when the time came. He said the impact Mason makes on local kids’ lives is apparent.

“It’s the super grassroots, individual-level impact where you’re working with people and not statistics or numbers, and you’re like a gardener,” Liam said. “You’re cultivating curiosity, cultivating caring and empathy and creativity and love of learning. It has a profoundly large impact because each of those individuals who go through programs like Cynthia’s are able to impact others around them … They can go on to be leaders.”

After several decades of teaching and about 25 years just in Sandpoint, Mason is retiring. She said she plans on “traveling to see family, camping, going to music festivals, dancing, swimming and kayaking.” Mason leaves behind her school in the hands of handpicked replacement teacher Hallie Reikowsky, who has been working with Mason and her students for a few years. Mason also leaves behind a legacy of kindness and academic confidence in the form of students like Liam and Elena. 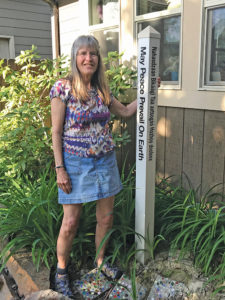 “She truly starts these children out as global citizens by instilling in them the values of conscientious consumption, taking care of the Earth and treating one another with respect,” said Mason’s daughter, Jessie.

Jessie is hosting a retirement celebration for her mother on Friday, June 7, at the Pend d’Oreille Winery at 5:30 p.m. She said all are welcome, from former students to community members who just want to toast Mason’s career. The event is kid-friendly. To RSVP, find the public event titled “Cynthia Mason’s Retirement Party!” hosted by Jessie Mason on Facebook.

The longtime educator said she’s excited to gather with so many of the people she’s been able to impact through her school — people she sees as her family.

“I kind of get that when I go to the Farmers’ Market or I go anywhere, you know,” Mason said with a laugh. “But it will be nice to have a lot of my family in the room with me.”