When the coronavirus pandemic waylaid every event in the spring of 2020, Carolyn Gleason assured the people of North Idaho that there would be a 35th Lost in the ’50s.

Again, in 2021, with the continued closure of the U.S.-Canada border and many people’s unwillingness to travel threatening to hamper turnout, Gleason once again deferred Lost in the ‘50s. However, one thing was clear: she wasn’t finished with the event. 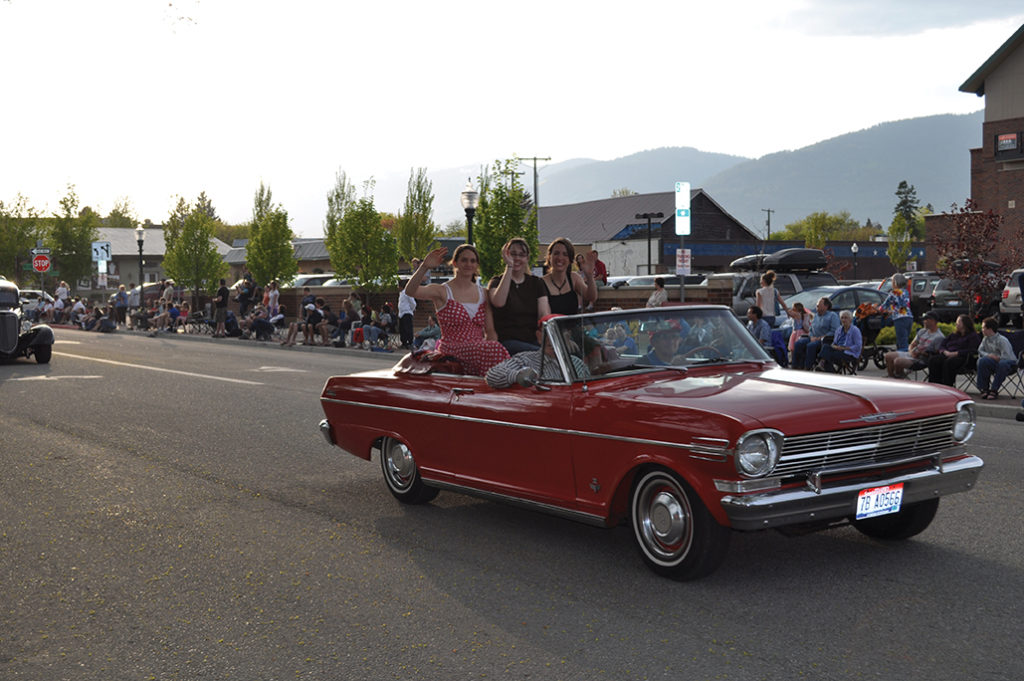 The Lost in the ’50s car parade in Sandpoint. Courtesy photo.

The 2022 Lost in the ’50s will take place Friday, May 20 and Saturday, May 21. The traditional downtown parade and street dance will happen on Friday evening, with the car show scheduled for Saturday.

As for the iconic live music of Lost in the ’50s, the Bonner County Fairgrounds will be rocking on both Friday and Saturday nights.

Friday, May 20 will bring singer and actress Darlene Love to the fairgrounds stage — a figure who Gleason sees as integral to the entertainment of the ’50s and ’60s. Though her career spans decades, Love is best known as part of the Blossoms and occasional lead vocalist for the Crystals, recording with producer Phil Spector in the early ’60s. Having been inducted into the Rock and Roll Hall of Fame in 2011, Love worked with the likes of Sam Cooke, Elvis Presley, Dionne Warwick and the Beach Boys over the years.

In her acting career, Love performed on Broadway and held the role of Roger Murtaugh’s wife, Trish, in the Lethal Weapon film series of the ’80s and ’90s.

As for Saturday, May 21 at the fairgrounds, The Righteous Brothers will take up the mic, featuring original member Bill Medley. Gleason recalls the last time Medley came to Lost in the ’50s, about four years ago, as a particularly special performance.

“Sandpoint has got something that no one else has,” Gleason said, “and I don’t know what it is.”

Both nights of live music will feature mainstay Lost in the ’50s performers Rocky and the Rollers. Gleason said the East Coast rockers are “over the top,” have been selling out large shows as of late and have “backed up every artist” she can “possibly name.”

“For them, it’s like coming home,” she said. “They’ve been doing it for so long that they’re just part of the family. This is their family.”

“Family” is an indisputable theme of Lost in the ’50s, with Gleason serving as the hard-working matriarch. Just as the event will live to see year 35, Gleason will see the fruits of her labor light up Sandpoint once more.

The wheels for 2022’s festivities are already in motion, as Second Avenue Pizza — Gleason’s business — hosted the annual Lost in the ’50s breakfast fundraiser on March 27.

“It was the best breakfast we’ve ever had, emotionally, and went over better than it’s ever gone,” Gleason said, noting that people came from as far afield as Rathdrum, Post Falls and Coeur d’Alene to support the fundraiser.

Gleason also noted support from downtown business people present at the breakfast, which meant a lot to her after years of working to ensure that many Lost in the ’50s events remained in downtown Sandpoint.

Gleason said that she feels compelled to continue Lost in the ’50s so that local kids can recognize the generations before them, and maybe their own years of being dressed up in poodle skirts might lead to a love for the iconic Sandpoint weekend.